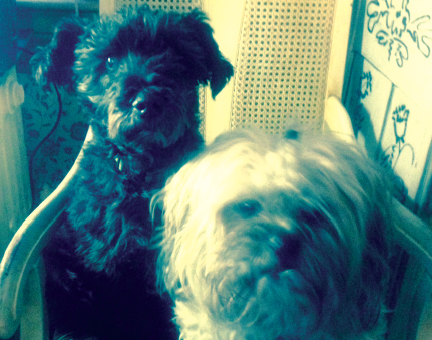 We probably all have personal signs that tell us, yep, the season has changed. For me, fall begins when I wake up, look west out my bedroom window and see in the distance the Oquirrh Mountains. They are my joy and inspiration through all the leafless months, disappearing when summer encases my house in a storm of apple, apricot and box elder leaves. Hello, Oquirrhs! Today is the first day I’m seeing you.

In the calendar, on p. 18, we tell you that Brooke and Terry Tempest Williams, two people we love but do not see enough of these days, will be in town to present a book they discovered while browsing though a used bookstore in Maine. Out of print, the old volume (aptly called The Story of My Heart, by British nature writer Richard Jefferies stole their hearts. They convinced Kirsten Allen and Mark Bailey, owners of SLC-based Torrey House Press, to reprint it. The new version includes an introduction by Terry, with chapter notes by Brooke. They will share the book with all of us at a reading on Nov. 20 at Rowland Hall. Here’s where the the correction comes in: The reading is at Rowland Hall’s Larimer Auditorium, 970 E. 800 South (corner of Lincoln St.)—not on Guardsman Way, as our calendar indicates.

On p. 4’s “On the Cover,” you see a photo of our beloved Alice Toler, who, in addition to writing the story on p. 19 in this issue (Meth in a Rhinestone Dress), also painted the image that is on this month’s cover. In the photo with her is her husband Trent. Trent, an entomologist, is CATALYST’s go-to guy for the technical aspects of all things buggy (except for things like human parasites, which Diane Olson specialzes in). It’s true: CATALYST maintains a nine-year-old’s creepy fascination with oogie stuff that freaks out many grownups.)

First, congratulatioins to staff writer and my editorial right-hand woman Katherine Pioli and to Benjamin Bombard, co-producer of KUER’s RadioWest, who married last month beneath the beautifully pruned apricot tree in their own backyard, with the hens, ducks and geese cooing in the background, followed by an unbelievable feast incorporating many fruits of their own gardening labor. We’re extra proud to say they met right here in the CATALYST office, at a rowdy party of which I won’t do into the details. It was obvious from day one they were meant for each other. Happy to see they have, as their invitation stated, “mated for life.”

We recently hired Lori Mertz as Special Projects Manager. Lori also works periodically as a production manager in the film industry; she describes this, in a nutshell, as being “the organizing force behind the circus that is a film set.” I can’t think of a better fit for our office.

She takes on many of the roles carried out so well Carol Koleman, who abandoned us for Boston over a year ago; I still miss her very much. We anticipate her return as a writer soon, as she revives her popular “Animalia” column.

Sophie Silverstone is in and out of the office this fall and winter, too. You may remember the beautiful story Sophie wrote that appeared in this space in June, regarding her winter travels as a figure skater in a Mexican ice circus. She will be doing the same soon, only this time in the Midwest.

The ancient boiler here at McClelland finally breathed its last gasp (to be more specific, we killed it; but it was a mercy killing) last month. It will likely be another three weeks before a new one is installed. And so we wear sweaters and thick socks, and make copious quantities of hot tea, and huddle around little space heaters. And, on occasion, invite Tesla or Bert, who dutifully show up at the office every day, onto our laps. Taking them on a brisk run around the block also helps. Who needs a furnace?

And now for something new

Early in October John and I went to Denver for a long weekend to hang with family and friends. We visited a cannabis shop, which feels like, as John describes it, a cross between a payday loan service and a high-end jeweler, but with refrigerators. At a dinner party with guests in their 20s, 30s, 40s, 50s and 60s, the pipe got passed before dessert. The drapes were open. People discussed the various strains as if they were discussing wine vintages. There was still an air of “What? We’re really doing this?” Kudus to Colorado for being willing to be a pioneer, seek good solutions to inevitable roadblocks, and still, we hope, have a rewarding time along the way. We admire bravery.

Speaking of bravery—I’ve applied for the Goldman Sachs 10,000 Small Businesses program, which is, essentially, an MBA in 16 weeks. Since I’ve been running this company since 1982 and we’re still here, can you imagine the progress if I actually learn how to do it right? Provided I get accepted, this will be one crazy-intense winter. I’m so ready for this, so wish me the best.

Greta Belanger deJong is founder, editor and publisher of CATALYST.