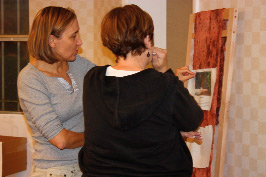 Dissing the dead:Reflections on the bombers of Guernica 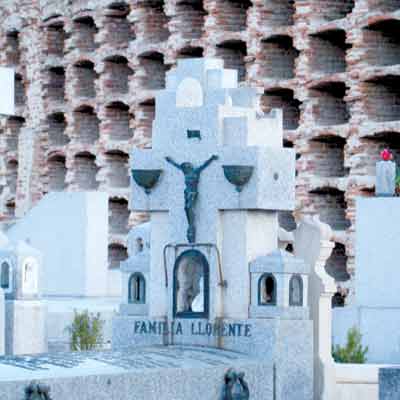 We slipped back over the fence just as the security patrol pulled up inside the cemetery. I pulled my camera through the bars and walked down the street, iPod playing Andres Segovia’s performance of Francisco Tarrega’s "Recuerdo de la Alhambra." Our European adventure was off to an excellent start.

Our early morning adventure to the cemetery in the heart of Madrid had a photographic expedition as its original purpose. For an hour and a half, we walked through the crypts and walls of niches. The endless cemetery spilled off a hill into arroyos on two sides. The crypts were crowded with enough roses to choke Portland; and everywhere, crucifixes. Then, behind a tall hedge, we discovered a memorial inscribed in German. We had stumbled on the last resting place of some of the Luftwaffe fliers who had bombed the Spanish town of Guernica.

Previously, our unofficial tour guide had briefed us onPicasso’s "Guernica," the subject of the next day’s tour. The Spanish government of dictator Francisco Franco had commissioned Picasso to paint a mural for the 1937 World’s Fair in Paris. No strings attached. Picasso responded with a giant canvas depicting the horrors of the German Luftwaffe’s bombing of Guernica in the service of Franco’s side in the Spanish Civil war. 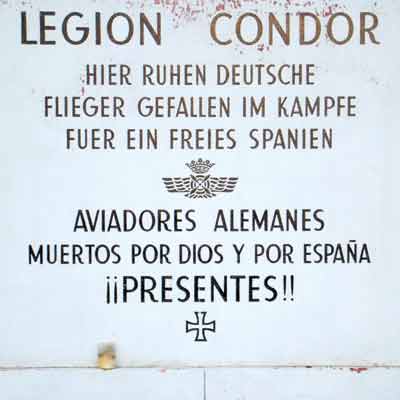 As we tried to decipher the words on the memorial, I told my friend that, even though these were some of the flyers who pioneered strategic bombing the intentional bombing of civilians to break the will of an adversary I had to honor these men who had stepped up when their country, led by a man not known by them to be mad, had asked them to. Friends of mine from Vietnam lie in graves mad men sent them to.

The next day I entered the Picasso exhibit with a different perspective than the rest of our group. What stirred me more than the actual painting was the galleries of sketches, studies and pre-figurative works by Picasso. The music on my iPod that day was a grand, melancholy mix I call "South China Sea," reminiscent of opera music I once heard in a dream. Tears streamed down my face as I pondered madmen, patriotism and Picasso’s centaurs and horses.

I resolved then to go back and piss on the graves of the German aviators. Collateral damage is one thing. Bombing civilians to break the will of a nation is, or should be, beyond belief. (See Vonnegut’s "Slaughter-house Five" or John McCain’s solution to the Iran problem.)

I had the opportunity to relieve myself two days later, when part of our group took a side trip to the cemetery during visiting hours.

I couldn’t. Wrong as their actions were, those men thought they were doing what was honorable and necessary. What I needed was to insult the men who lied to them -Franco’s grave (I couldn’t find it), Hitler’s grave, Nixon’s grave, George W. Bush’s grave. But that wouldn’t do any good. To paraphrase the last words of a local boy who met a sticky end, "Don’t piss, organize."

And make sure your leaders aren’t mad.