Don’t Get Me Started: Chris Cannon and Global Warming 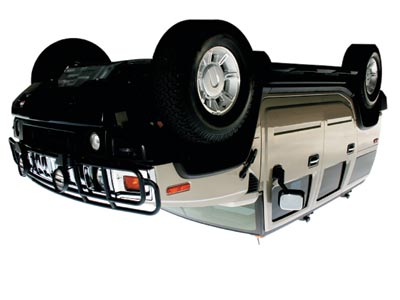 by John deJong When it comes to global warming, Utah representative Chris Cannon is about as far up a river as you can get. Way past Khartoum. While he says there is no question there is global warming, he just isn't sure it's due to the actions of humans.

He could be construed as right. Cars, cows, decaying lawn clippings, aerosols from hair products and a host of other sources all have much larger impacts on global warming than methane from farts or the carbon dioxide humans exhale.

In remarks to the Salt Lake Tribune editorial board about global warming Cannon said, "Invidious determinations by government would not make sense."

I'll admit here that I had to look up invidious. I knew it wasn't good and had something to do with envy and divisiveness. I have recently made it a habit to look up high falutin' words Republicans use when speaking to the press. They usually use the third or fourth definition of a word. One that means something significantly different than the common meaning of a word.

Merriam-Webster has 1: tending to cause discontent, animosity, or envy, 2: envious, 3a: of an unpleasant or objectionable nature, 3b:of a kind to cause harm or resentment. I believe it was definitions 3a and 3b that cannon had in mind, since Republicans see every determination governments make as objectionable, unpleasant and likely to cause harm-unless they're making the determination and it's likely to benefit them directly.

But I can see how the first definition also works for Cannon. Conservatives (an odd label in this context) seem to think that it is the manifest destiny of 5% of Earth's human population (i.e. the United States) to use 25% of the available energy. Yet they don't believe we should take responsibility for the pollution or other adverse side effects of our consumption. So any discussion of that disparity is likely to cause discontent, animosity and envy.

I've got my own theory about it. I think global warming is linked to the founding of the Republican party in the middle of the 19th century. The resulting effusion of hot air has warmed the climate. To steal a couple of lines from the Republicans, the jury is still out on such a theory and there is absolutely no science to disprove it.