A gorgeous androgynous boy walks into a dance party wearing a raver wolf hood. He dances with boys and girls alike. When he leads a cohort into a backroom to get down, you get to see a shot if his ruffle thong attached to garters.

In the next scene, there are police at his home, asking for him and his mother to take a DNA test. Someone has claimed that Pierre, the main character, is not actually his mother’s child. The film moves swiftly as the mother is taken away in handcuffs, never to be seen again. Turns out, his mother kidnapped him and his sister from the hospital nursery only moments after they were born. 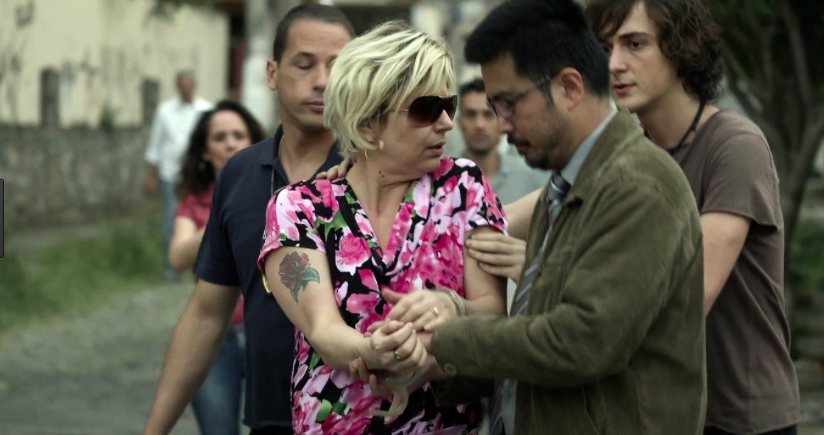 The most upsetting part is when his little sisters biological parents show up at their home to take her back. She looks terrified, holding onto her older brother, resisting to leave with these strangers. Yet, biological parents have rights to their children when they have been kidnapped. After about a five minute interaction with the sister and her gushing biological parents, she is never seen again.

Pierre, 17, decides to get to know his biological parents who are fancy, wealthy, conservative folks. They seem concerned by his unique style: Pierre likes to put on lipstick alone in the bathroom and take selfies. He likes to be gender-fluid, something that his biological parents don’t seem very excited about. They take him shopping at a very fancy store, pushing polo shirts and blazers on him, not really letting him choose what he would like to wear.

As they wait for him in the dressing room, he opens the curtain donning a striking zebra print bandage-fitting dress. Posing beautifully he says, “I just love the color.”

His father throws his head back laughing while his mother tears up with concern instead. The audience was cracking up. After his father bursts into a violent rage, Pierre refuses to leave the store without the dress.

The next scene we find Pierre sitting on the couch with his family, wearing his new dress, legs crossed. We observe the awkwardness as they slowly, one by one leave the scene, allowing him to glamorously stretch out on the fancy couch in front of the television in his new dress. 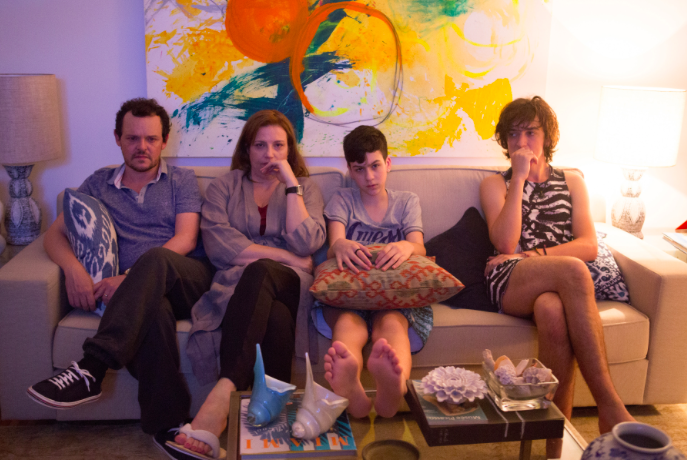 A lot of questions are left unanswered during the film. You never see Pierre’s mother or sister again. His biological brother has a random teenage love side story that never develops. You don’t really know if it all worked out for anyone.

This movie was a great story on perspective and the complicated emotions that come with such a unique situation of never knowing your biological parents. The parents in the situation were so demanding and overbearing, expecting that their children would fit the mold they would have raised them in. The children are fearful, attached to memories of their childhood with their kidnapper of a mother. Pierre struggles with the concept of being kidnapped twice. Being forced to live with a family that isn’t his, twice in his life. As the film suggests, these kinds of situations will never be simple for a family.

This article was originally published on July 19, 2017.