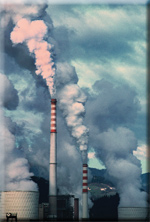 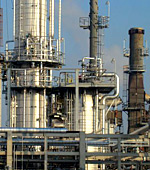 If this were the Ebola virus killing one to two thousand people along the Wasatch Front each year, people would be rioting in the streets,” says anesthesiologist Brian Moench, MD, during a break between surgical operations at the LDS hospital in Salt Lake. “It would be called an epidemic. Instead, we are dying from air pollution and no one is taking notice.”

If this were the Ebola virus killing one to two thousand people along the Wasatch Front each year, people would be rioting in the streets,” says anesthesiologist Brian Moench, MD, during a break between surgical operations at the LDS hospital in Salt Lake. “It would be called an epidemic. Instead, we are dying from air pollution and no one is taking notice.”

No one until now, that is. A new petroleum coke-burning power plant proposed by Consolidated Energy Utah is on course for permit and implementation in West Bountiful. The plant would purchase land from Holly Refinery and set up in the backyards of West Bountiful residents. Concerned citizens learned of the proposal only in the last two months-one year after Consoli­dated sought approval from the Utah Division of Air Quality and half-way into the period for public comment. The plant is finally earning the attention of a great number of citizens, politicians and doctors such as Brian Moench and Scott Hurst.

Major concern revolves around the substance to be burned, petroleum coke, commonly called pet coke. This product is the waste left over from petroleum refinery after all other useful molecules such as gasoline have been extracted. Medical professionals along with Utah’s residents from ‘refinery alley,’ who already live with the billowing smoke from Holly refinery, worry about the added pollution from this new source. “Pet Coke is much dirtier than coal,” says Moench. “Burning it in the same kind of facility as a coal plant will emit far worse and more toxic emissions.”

Unfortunately, pressure is increasing from oil companies to use pet coke for energy generation as availability of the commodity increases. Availability of pet coke, says Moench, correlates directly with the steady decline of new oil reserves. “The quality of oil that is being drilled is deteriorating,” he explains. “The easy oil has already been extracted and the sweet crude is rapidly disappearing. So the oil companies are resorting to lower quality sources that require more refining and produce more refinery waste. There is thus an increasing supply of this petroleum coke worldwide and companies are realizing that they can burn it to make energy.”

This cheap source of energy, however, comes at the cost of health for the communities in which the plants operate. Analysis of petroleum coke reveals a make-up of heavy metals and chemicals including lead, mercury, arsenic (and unregulated vanadium)-all of which are released into the atmosphere during the burning of the coke. These Hazardous Air Pollutants or HAPs are, according to Moench, “among the deadliest compounds that we know of.”

Scott Hurst, M.D., anesthesiologist and chair of that department at Intermountain Health Center, like Moench worries about the health effects of the petroleum coke-burning plant. Independently, Hurst has studied numerous population-based reports on the affects of vanadium (see sidebar). These studies track workers who daily contact the substance as part of their job. “These people have higher rates of cancer. At least one study shows the children of these people also have higher rates of cancer. It shows that a parent who works at a pet coke plant and brings a little of its ashes home day after day puts the entire family at risk.”

Moench, whose interest in the correlation between air pollution and illness began when his daughter was diagnosed with cancer, has also looked into the health effects of heavy metals and vanadium. “Studies suggest that metals such as vanadium and nickel are carcinogens. When we track workers with exposure to vanadium they show higher levels of instability in their DNA than the average person. DNA instability is a marker of cancer potential.”

In the case of West Bountiful and the surrounding communities, these health hazards related to substances such as vanadium would not exclusively affect workers in the plant. It would affect the entire community over which the emissions plume pours and the entire Wasatch Front through whose air it then disperses.

The exact numbers showing how much pollution and of what type residents can look forward to each year is provided by Consolidated Energy itself in their application for permit to the Utah Division of Air Quality. The permit reveals Consolidated’s cunning sidestep of national environ­mental regulations: Their proposed plant would produce 109 megawatts of power per year. Producing 110 megawatts, just one more megawatt per year, would force the plant to comply with stricter government-set EPA emission standards and regulations.

One year ago the Utah Division of Air Quality received these figures in an application for permit submitted by Consolidated Energy Utah. Dur­ing the one-year period of “robust review,” the DAQ determined that the projected emissions and the proposed methods engineered to sequester harmful substances would not violate air quality standards. All emissions would be held “below trigger level.”

Vanadium is not accounted for in Consolidated’s numbers, nor in the DAQ’s “robust review”: Vanadium, though evidenced as carcinogenic, remains untested by the EPA and, therefore is unregulated.

On January 13th, 2009 over 500 people from Davis and surrounding counties packed into the first and only public meeting, all representing opposition to the plant. Somehow the apparently anaerobic DAQ and the air-breathing public did not see eye to eye.

Roger Barrus, state representative and chair of the House Natural Resources, Agriculture and Environ­ment Committee, bravely opened the meeting’s period of public comment. Recalling the state energy policy that he helped to pass in 2006, Barrus spoke of a “balanced” policy giving equal weight to environmental and other concerns. In light of finding that balance, Barrus concluded, “this pet coke plant is not the type of power generation we want. It is the wrong source, in the wrong place, at the wrong time.” State Representa­tive Becky Edwards, Davis County Board of Health member Delane McGarvey and Woods Cross City Administrator Gary Uresk all echoed Roger Barrus’ statement-the wrong type, wrong place, wrong time.

Cecily Hewitt, an area resident and mother of five, spoke first following the government officials. “This plant will be the proverbial straw that broke the camel’s back,” Hewitt prophesized. Tom Boyle, a new resident who had fled an industry-polluted town in Texas with his cancer-stricken wife, addressed the panel with his concerns once again about the threat of pollution in his newly chosen refuge. Michael and Sarah Branstein, two siblings of elementary school age, courageously spoke their dissent for the record followed in suit by physicians, nurses, pediatricians, engineers and self-proclaimed non-environmentalists.

Still, after a meeting that ran hours over time, it remained unclear how much the public opposition mattered. Regg Olsen, the permitting branch manager at the DAQ, made it clear that the Division’s hands were all but tied. “We cannot address whether or not a project is appropriate,” Olsen said at the closing of his statements. “To us this is only a business decision.”

Ironically, Rocky Moun­tain Power, the potential buyer and distributer of the plant’s power, has not been involved in this “business decision.” Rocky Mountain never asked for the plant in the first place. Moench is one person who finds this absence of communication a little strange. “Nobody is portraying this plant as necessary to keep anybody’s lights on because it isn’t,” he assures. “Rocky Mountain Power has not asked for the plant and it does not figure into their plans.”

This missing link may undermine the entire project. “The business model shows the developer intends to sell the power to Rocky Mountain. If we are unable to stop this plant, we intend to approach Rocky Moun­tain and strongly encourage them to refuse buying power from the plant,” says Moench.

That should be easy. One can’t imagine worse PR than if Rocky Mountain Power-booster of Blue Sky wind power, which is paid for by donations from their Salt Lake customers-were to buy power from a source that poured 10 tons of hazardous pollutants annually into Salt Lake Valley’s already overburdened airshed.

Mayor Ralph Becker’s administration has in general adopted a non-interference attitude toward the city’s municipal neighbors but in this particular case finds it necessary to speak up. “Salt Lake City is concerned that this plant’s emissions will affect citizens across the Wasatch Front,” says Vicki Bennett, director of the city’s Office of Sustainability. “We will work with our neighbors in Davis County to change the laws that allow plants like this to gain permits in light of our current air quality problems.”

The next step for Consolidated is finding approval with the West Bountiful City Council. The Council currently controls land on which the plant would be built and that land is zoned residential, acting as a buffer zone between Holly Refinery and the community. Rezoning would literally place the new smoke stacks in the backyard of schools and family homes. “That’s not being a very good neighbor,” says Hurst. The area’s residents certainly seem to agree.

Utah’s Division of Air Quality says Consolidated should be allowed to add these hazardous pollutants annually to the stew of crap already in Salt Lake Valley’s air:

Stop the pet coke plant: What Wasatch Front citizens can do

First, it is important to remember that this is not an issue exclusive to the residents of West Bountiful. We all breathe the same air; we will all be affected by the pet coke power plant if it gets built. For this reason all comments are valuable.
• West Bountiful Mayor James Behunin says, “We simply will not permit the construction of a facility that would threaten the health of our citizens.” Offer him your support in West Bountiful’s opposition to the plant. jbehunin@gmail.com; tel. 560-3944.
• Contact your state legislators. Ask them to toughen Utah’s air quality laws, which are among the weakest in the nation, and support building wind, solar and geothermal power plants.
State Senate: www.utahsenate.org/perl/roster2007.pl
State Represen­tatives: www.le.state.ut.us/house/members/member table1add.asp
• The Utah Division of Air Quality (DAQ) has initially approved the permit for this power plant. Share your thoughts here: jjenks@utah.gov
• Contact Gov. Huntsman: Utah State Capitol, Complex 350 North State St., Ste. 200, POB 142220, Salt Lake City, Utah 84114; tel. 801-538-1000 or 800-705-2464; governor.utah.gov/goca/form_governor.html
At the same time let’s prevent a plant of this nature from being proposed and permitted in the future. Stricter environmental and air quality control laws will help ensure that.
Also, a movement is forming to formalize and present a new State House Bill that would require an independent board of medical experts to give their professional opinion on all such issues that pertain to and would affect public health. This is a key check and balance of the system that currently does not exist. For more information contact Utah Physicians for a Healthy Environment: Dr. Brian Moench c/o
shaunamoench@yahoo.com or Kira Kilmer, tel. 359-8929.