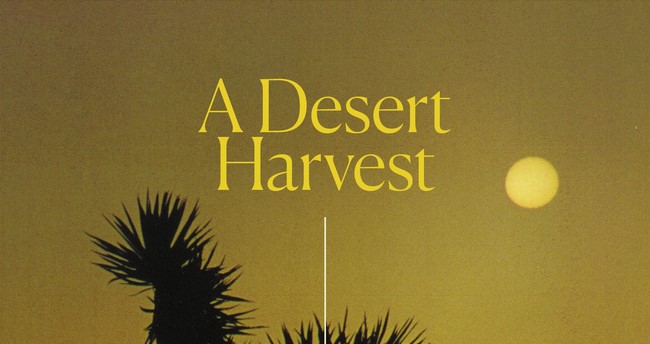 Bruce Berger is many things. He is a Yale graduate, a professional pianist and a world traveler. What he’s best known for is his writing: essays and poetry aimed at exploring the relationship between nature and culture, generally focusing in the desert. Now he’s bringing these writings to Salt Lake.

On March 15, at 7pm Berger will be at the King’s English Bookshop to read from, discuss and sign his most recent book, A Desert Harvest: New and Selected Essays.

This new collection, scheduled for release on March 12, looks at where the people and the landscape of the Southwest meet. Berger writes not just about those who call the desert home, but also that arid land itself, with many new essays and some from previously published collections, such as The Telling Distance. Berger contemplates Bach in the wilderness, wasteland architecture, what goes on in the head of a woodland rat and several other topics.

Berger’s other works include There was a River, the title piece of which is likely the last recorded account of a trip down the Colorado River before it was dammed up to create Lake Powell. He is also the author of The End of the Sherry, an award-winning memoir recounting his adventures as a young man in Spain.

James Anderson, the bestselling author of The Never-Open Desert Diner, will be discussing A Desert Harvest with Berger. They will examine their love for the American deserts and the interesting ways that Anderson’s fiction coincides with Berger’s essays.

The authors will be letting their desert love show by matching the night’s sales of their books with a donation to the Southern Utah Wilderness Alliance, which is cosponsoring the event.

This free event is just the thing for lovers of the desert, whether they prefer fiction, nonfiction or poetry. It is also a chance to give to a good organization.

Katherine Rogers is a senior at the University of Utah majoring in Communications. What time she doesn’t spend at school or at the CATALYST office she spends reading whatever she can get her hands on.