Delicious: Bad Dog in the City

The sky went a sullen gray, and then with a crack and a boom and a sky etched with electric thrusts and haywire light, a New York deluge soaked me to the bone. I’d forgot just how sultry and affecting New York rainstorms are; in high desert climes, rainstorms are sharp and jolting; in New York, it prompted thoughts of nakedness. Had I not the distant worry of a weekend in a New York jail, I may well have attempted a return to the hotel in a more carefree fashion. I had the good sense to wait, and the champagne was on ice before I liberated myself from my damp wardrobe. 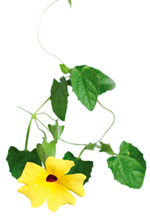 The Universe is fucking with me. It begins with a bronze goat forged by a drunken egomaniacal Spaniard, no kidding, and oh my it’s a comical thing. It insists on my attention. I want to sit with it, lean back against it with a lunch of olives, feeling their buttery brine on my lips punctuated by good Zamorano cheese and wine, and watch the crowd roll by. (It wouldn’t have been the first time I’d been scolded, asked to leave or arrested for inappropriate behavior at a museum.)

My senses go haywire that day, sparking and spitting; ears smell, eyes feel and the sweet rasp of peasant wine (Bodegas Volver, “Paso a Paso,” Old Vine Tempranillo, $10) singing on my palate makes my fingers tingle and my hands warm. I shiver from what I see. I can feel the burn of a cigarette between my fingers. The Body Electric. Peasant wine fuels this daydream, so I wander Midtown and find the nearest foodstuffs that will do. I tuck them in my coat and return to the site. I sit. I eat. A security guard wanders over. I offer him an olive.

Sculpture invaded the personal space in a face-to-face, mano a mano confrontation. My nose had been rubbed in it, much like a wayward, misbehaving, very “bad” dog. I spent the week walking about New York, nose full, it having had been rubbed, thoroughly, in the glories of what could only be found in The City of my Very Best Self.

Overthinking New York comes easy. Why, there’s so much to think of and speak of and verbally labor over! The legato lines of the tenor’s voice at the Met! or the appreciation of history at the Museum of Natural Science! Why, Teddy Roosevelt himself once strode the halls! Giants have walked this city for generations! And at some point it all becomes so much pointless gas. I do not go to The City of my Very Best Self to contemplate or pontificate on the nature and composition of my bellybutton lint.

My Jewish soul chimes in (we all have one; mine is named Saul Bellow), that “Intellectual Man had become an explaining creature. Fathers to children, wives to husbands, lecturers to listeners, experts to laymen, colleagues to colleagues, doctors to patients, man to his own soul explained. The roots of this, the causes of the other, the source of events, the history, the structure, the reasons why. For the most part in one ear and out the other. The Soul wanted what it wanted. It had its own natural knowledge. It sat unhappily on superstructures of explanation, poor bird, not knowing which way to fly.” It had been a long gray winter of long gray hours that had left me numb. I did know enough to fly East, but not much more.

Sapping Routine has no place in The City of my Very Best Self.

In certain parts of the winemaking universe, donkeys are used for weed control. Apparently they are tireless beasts, insistently working themselves to the point of irritability. The farmer then offers said donkey a goat for companionship—the donkeys find the goats calming. An afternoon at Jeriko Estates in Mendocino proves the point. Walk the estate at twilight, slugging directly from the bottle the grand and richly textured (Jeriko Estate Brut 2005, $23); feel a calming warm wind, scented with sage and olive as it is, punctuated by the sound of goats on the hill, eating, shitting and letting loose with a happy meh–eh–eh–eh; and as the finish digs into your throat, try not to feel maybe a wee bit of sympathy for your jackass brethren that don’t know when to quit. Mine was a New York goat, a resident of the MOMA NY sculpture garden, and I ate olives with it, all in The City of my Very Best Self.

New York was a belly full of craving, asked and answered, right down to the very last moments with Rodolfo and Mimi at the Metropolitan Opera, and a walk from Lincoln Center to Midtown in a misting rain with the sweet blush of bubbles (Chartogne Taillet Cuvee St Anne Brut NV, $45) fresh on my lips. The evening was an angelic suspension of disbelief, colored red and yellow by the majestic Chagalls adorning the Opera House entry, all in The City of my Very Best Self. I expected no less. The sullen season is not allowed to last forever, you see; color always, always, always returns.

Francis Fecteau is a wine educator and the author of “e-Libation,” an online wine newsletter. He lives in downtown Salt Lake City. francis.fecteau@gmail.com.