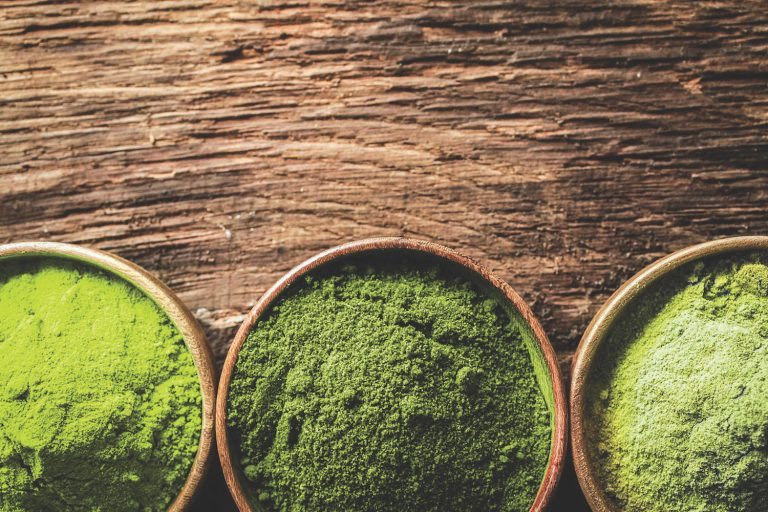 Scientists, citizens and lawmakers object to Schedule 1 classification for this Asian pain-killer.

Editor’s note: For more background, see “The Kratom Chronicles” by Alice Toler in the May 2016 edition of CATALYST.

On August 31, the United States’ Drug Enforcement Agency (DEA) announced its intention to place the two main alkaloids of the popular painkilling and anti-anxiety herb kratom into its Schedule I classification—for substances which, according to the US Controlled Substances Act, have a high potential for abuse, no medical uses, and cannot be used safely even with close medical supervision. Schedule 1 substances include heroin, bath salts, LSD, MDMA, cannabis, and peyote. This “emergency scheduling” gave only a month’s notice, and furthermore denied any option for public comment. This disappointing and alarming move would end all legal trade in kratom inside the United States, and hamstring all further research upon it.

We are in the middle of a giant prescription and illicit opiate epidemic. In 2014 alone, 18,893 people died from pharmaceutical opioid overdose, and a further 10,574 died from heroin overdose. Kratom, the non-processed leaf of a Southeast Asian jungle tree, is being used by tens of thousands of people as an alternative to these dangerous opiates, both to control chronic pain and to treat opiate addiction.

Opiates kill by depressing respiration—take too much Fentanyl, like the musician Prince did just last March, and your body will forget to breathe. The effects of kratom are much milder, and though the alkaloids retain the painkilling effects of other mu-opioid agonists, they do not depress respiration the same way that poppy-derived opiates do, making kratom a far safer alternative. Additionally, kratom in large amounts causes extreme nausea—you will vomit before you can overdose.

It is so hard to overdose on kratom that there aren’t even any meaningful statistics about it. “Kratom-related deaths” invariably involve other more dangerous drugs as well, or previously existing dangerous health conditions. Blaming kratom in these cases is like blaming the cup of coffee someone had for his fatal heart attack, while ignoring his sclerotic arteries and the three lines of cocaine he did at lunchtime.

Kratom also treats a wide variety of other medical conditions. A quick survey of users self-reported improvements to ADHD, anxiety, depression, PTSD, anhedonia, stress and OCD among the psychiatric diagnoses, and one was using it to control side effects from an SSRI antidepressant. Others were successfully treating drug and alcohol addiction. Among the chronic pain conditions, users were obtaining relief from rheumatoid arthritis, tendonitis, severe nerve damage, fibromyalgia, chronic fatigue syndrome, and interstitial cystitis. One person was using kratom to help alleviate the symptoms of type-1 diabetes. Several people reported almost miraculous improvements in ulcerative colitis, Crohn’s disease and IBS— which makes sense, because in kratom’s native Southeast Asian cultures, people have been using it to treat diarrhea for hundreds of years.

Yet the research on kratom is still distressingly thin on the ground. Some of the alkaloids contained in kratom have been isolated and patented, but they aren’t as effective as the whole leaf for treating medical conditions—and we don’t know why. It makes absolutely zero sense for the DEA to ban such a promising botanical. Doing so will endanger the public. It will needlessly criminalize many chronic illness sufferers, and drive others back to dangerous prescription opiate painkillers, alcohol or street drugs.

Last month, a We The People petition quickly gathered enough signatures to require a response from the White House regarding the ban. A march on D.C. was attended by hundreds, even though there was hardly any time to organize or give notice. The DEA has been quoted by NPR as saying they are “surprised” at the pushback they are getting.

Kratom advocates have also been calling and writing to Karen DeSalvo, Department of Health and Human Services assistant secretary, asking her to use her authority to delay the scheduling. One proponent of medical kratom compiled a point-by-point rebuttal to the DEA’s cited reasons for the ban; it is too long to print here, but we have made it available online at [link].

It seems that if there’s one thing that Republicans, Democrats and Libertarians can agree on in this horrifically contentious election season, it’s that the proposed scheduling of kratom is a poor move by the DEA.

On Monday, September 19, members of the kratom community were urged to call their local congressional office and ask their member of Congress to sign the Pocan/Salmon “Dear Colleague” letter, sponsored by Mark Pocan (D) of Wisconsin and Matt Salmon (R) of Arizona. The letter asks the director of the Office of Management and Budget (OMB) and the assistant director of the DEA to delay a final decision on the placement of kratom into Schedule I, to provide ample time for public com­ment on the decision, and to resolve any inconsistencies with other federal agencies regarding the use of kratom. (At presstime, 51 lawmakers had signed the letter, none yet from Utah.)

The Cato Institute, a libertarian think tank founded by billionaire Charles Koch, has published an article condemning the move and describing the whole concept of a “Schedule I drug” as incoherent and unhelpful. Solvent inhalants such as toluene, the article notes, fit the three DEA criteria for Schedule I, but because they are essential industrial chemicals, they will never be scheduled. Further, drugs such as psilocybin do not fit the first criterion because they are difficult to abuse because of tolerance response, and yet they are in the schedule. As tens of thousands of users will testify, kratom clearly possesses medical use. The Army veteran and the arthritic grandma who drink kratom tea to be able to function at their jobs bridle at being labeled “drug abusers,” and compared to opiate alternatives, kratom’s safety profile is excellent.

The DEA contests this last point, citing 660 calls to Poison Control for kratom over a five year period. However, David Kroll writing for Forbes compares that statistic to 6,843 reports of young children ingesting single-load laundry pods in the first seven months of 2016 alone. There are 3 million calls to Poison Control annually, of which about 3,700 are for caffeine overdose. In the US, more than 88,000 alcohol-related annual deaths include 2,200 deaths due to alcohol poisoning. From 2001 to 2014 there was a 3.4-fold increase in the total number of overdose deaths due to prescription benzodiazepine anti-anxiety drugs. Kratom is also used by people as a replacement for benzodiazepines and again, while this use requires more research, it currently appears to be a far safer alternative. It is almost impossible to pursue legal research into Schedule I drugs. Kratom, with its potential to save so many lives, should not be hobbled in this manner.

The Center for Regulatory Effectiveness (CRE), a watchdog organization founded by former career officials at the White House Office of Management and Budget, has issued a letter to the DEA requesting an extension to the effective date for placing kratom into Schedule I until July 1, 2017, to allow for public comment, to submit the proposed listing to the OMB for review, to inform the US-Canada Regulatory Cooperation Council (because Canada has decided to regulate rather than ban kratom), and to conduct an interagency peer review of the DEA’s science behind the proposed Schedule I listing.

Additionally, the CRE letter notes that outlawing kratom in the US undermines the White House’s Strategy to Combat Transnational Organized Crime, by opening a potentially enormous new arena for financially lucrative smuggling. At a historical moment when we as a nation are coming to realize the futility of marijuana prohibition, and to understand the colossal harm done to society by outlawing rather than regulating an herb widely used by people who simply want to control pain and anxiety and to get on with their lives, do we really need to be handing international crime cartels another opportunity to spread violence and human anguish? Do we really need to be putting law-abiding chronic pain and anxiety sufferers in a corner, giving them the choice of enduring unrelieved misery, reverting to meds that don’t work for them, or becoming criminals?

At the time of this writing, we are waiting to see what effect all of this resistance to scheduling kratom may have. Kratom, like marijuana, is not completely unproblematic. Edible Mary Jane, as Maureen Dowd of the New York Times found out to her distress in 2014, can provoke intense paranoia and make you convinced you’re dying. Regular kratom use does create dependency, and in some people the withdrawals can be very unpleasant. But regular coffee use does the same thing, and I can personally attest to the agony of the cold turkey “coffee flu.” Scientific evidence of the DEA’s claim that kratom represents a clear and immediate threat to public health is simply completely lacking.