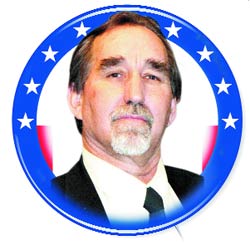 Clappin' and tappin' the equation's beat.
by Amy Brunvand

How can it be that mathematics, being after all a product of human thought independent of experience, is so admirably adapted to the objects of reality?
-Albert Einstein

A few years ago I met a famous mathematician at a Scottish country dance in Sugar House Park. Of course, even the most famous of mathematicians pretty much never get their picture on the cover of Rolling Stone, so I didn't recognize Ingrid Daubechies at first sight. In fact, I wouldn't even have known it was her except that I politely asked what she did for a living. After she reluctantly confessed that she was a math professor (in the manner of someone whose profession is normally considered a conversation killer), I realized that she was the very same Ingrid Daubechies who was the first woman to receive the National Academy of Sciences Award in Mathematics (2000) for fundamental discoveries about wavelets-a really cool mathematical way of decoding information from a signal and finding meaningful patterns in turbulent systems, in case you were wondering.

I'm not just geek name-dropping here. If there is one place where I am most likely to meet a famous mathematician, it is probably dancing since mathematics so often seems to be the point where art and science meet on the sly. It happens that Scottish country dancing is a particularly mathematical dance form. The dances follow prescribed patterns (a bit like performing an interpretive dance representing a very elegant computer program); dance figures have crystalline rotational symmetry; the traditional music is exceptionally rhythmic (but with a syncopated Scottish "snap" to keep it from sounding too military); and it is actually possible for people like me who took far too much math in college to use abstract algebra in order to calculate the relative positions of dancers in a set.

But this description makes the relationship sound distinctly one-sided with logical Math analyzing the fun right out of happy, giddy Dance, and that's definitely not the case. Just listen to William P. Thurston (another famous mathematician) writing about ways of studying math that sound anything but rigorously logical: "People have amazing facilities for sensing something without knowing where it comes from (intuition); for sensing that some phenomenon or situation or object is like something else (association); and for building and testing connections and comparisons holding two things in mind at the same time (metaphor)." It sounds like he's talking about art, not science.

Thurston says vision, spatial sense, and kinesthetic (motion) sense are all essential tools that allow people to take in huge volumes of unrelated information. This information spins around in the mind until patterns emerge that can be scientifically reduced into a condensed form such as a mathematical proof: "People have very powerful facilities for taking in information visually or kinesthetically, and thinking with their spatial sense," he writes. "On the other hand, they do not have a very good built-in facility for inverse vision, that is, turning an internal spatial understanding back into a two-dimensional image." In other words, dance is "fun" and math is "hard" because the human mind is innately more receptive to intuitive, metaphorical and kinesthetic information, which is exactly the kind of thinking people use when they learn to dance.

In fact, a Discover Magazine article describes Ingrid Daubechies visualizing her wavelets by dancing- physically pushing and pulling on imaginary figures until they fall into place to form stable patterns. Nonetheless there are surprisingly few examples of school teachers integrating dance into the math classroom (and none at all of dance teachers trying to fire up their students with an interest in science, though at least one wistful computer science professor concluded his technical report on "Symmetry and Dance" by supposing that he might be able to start a conversation with some ballerinas by talking about the study of symmetry).

In one rare example, educator Galeet Westreich rallies against mind-numbing rote learning by making the wonderful suggestion that math teachers ought to first write a problem on the board (for example, 3/4 x 2 = a polka) and then demonstrate the answer by dancing out the counts as if the numbers represented musical beats. Students, of course, would be allowed to answer in the same style, interpreting their math homework as break dancing, street tap, hip-hop, rhythm claps or whatever they like (with the provision that they avoid high-level acrobatic moves such as back-flips). And what if the students just want to show off their moves? "It seems to me," Westreich writes, "that as long as students are able to explain how their rhythm clap… expresses a given mathematical problem, they should be allowed to use such kinesthetic representations. Using stylized dances that are not connected to the topic explored in class, however, is a waste of students' math class time and should be avoided."

So maybe the real distinction between math and dancing is just that if math class were too much fun it wouldn't be math any more.