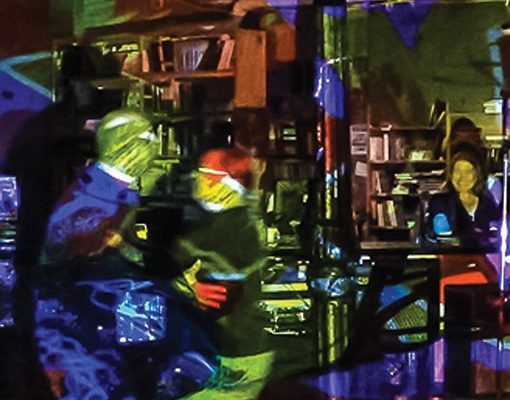 Marking the centenary of Dada’s Cabaret Voltaire, anarchists and avant-gardes gathered Weller Book Works last month in the hopes of making as little sense as possible. Wearing paper masks, tin-can hats and underwater goggles, audience members were treated to a succession of events and performances that embraced the spirit of Dada. The evening began with a shower of dice, thrown onto the audience by host Tony Weller, with the hopes of conjuring the element of chance. This simple gesture launched a series of acts that were as authentic as they were jarring.

Trio ‘Porridge for Goldilocks’ delivered a series of discordant actions, and gesticulated up and down the stairs with appropriate detachment. Christian Asplund layered gasps, gurgles and electronica, all to unsettling effect. Sarah Zarr and Gordon Hultberg sparred excerpts from The Hunger Games with what sounded like Seamus Heaney’s Beowolf – while a third actor poured water from one vessel to another. Hultberg’s reading, delivered in spit-spraying brogue, was so nonsensical it resembled Jabber­wocky jargon. While both readings described scenes of warfare, contrasts in tenor and delivery were gloriously mismatched. Beth and Jimmy Miklavic (of Another Language) projected videos of abstract designs onto themselves, as they spun with increasing momentum around a bolt of fabric. The onomatopoeia of the phrase ‘baked-on-batter-bug-splatter-splat’ echoed throughout the piece, and prompted the audience to contribute spontaneously: the hallmark of a successful performance.

Many other contributions demonstrated that, despite Utah’s persistent hegemony, there is no shortage of avant-gardes in town. Sonosopher Alex Caldiero set a more solemn tone when he entered the stage clanging a long brass pipe. The phrase ‘Do not ask for whom the bell tolls’ came to mind. Cloaked in a silk shawl, Cossack hat and gas mask, Caldiero began crying, moaning and eventually wailing – like a large wounded animal. This preposterous apparition came about as close to Max Ernst’s ‘The Elephant Celebes’ as I have ever seen. Here as elsewhere, we were reminded of Dada’s connection with the Great War and the profound despair that ensued. Mattson McFarland channeled Tristan Tzara’s ‘Bruit,’ repeating the French word (for noise) like a barking dog. Standing proudly in full tuxedo, McFarland adopted the decorum of a dining-room waiter, while suggesting anti-establishment sentiments. Jessie Parent delivered one of the most astonishing poems, blending Martin Luther King’s ‘I have a Dream’ speech with Sarah Palin’s endorsement of the Donald. The result wove elements of profundity, spiritualism, cliché and stereotype into one of the most unreservedly American, politically brazen poems I have encountered since coming to this country.

Toward the end, the music adopted more conventional modes of rock and jazz, and Aerial Artists of Utah dangled from bolts of fabric, more Cirque-de-Soleil than cabaret. Events became increasingly inaudible due to a nearby disco. Otherwise it was a delightfully mind-bending and truly authentic homage. 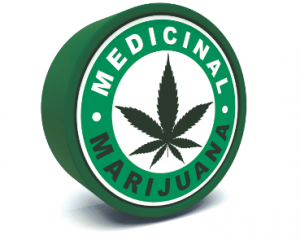 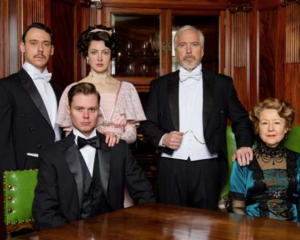 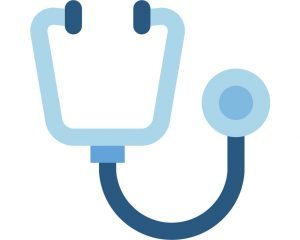 A Doctor with the Time to Listen: A different approach to wellness through naturopathy 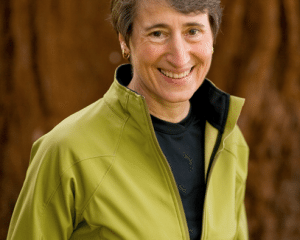