DACA: Where Is Home? 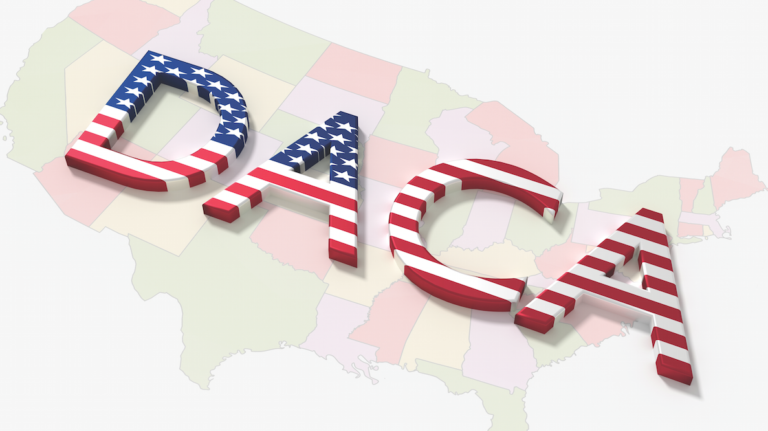 Brenda Marquez (not her real name) is an 18-year-old student majoring in Communication Studies at the University of Utah. She graduated top of her class at a westside Salt Lake City high school and volunteers parttime at Communidades Unidas while attending college.

Brenda arrived to the United States from Mexico when she was just five months old. She doesn’t know another home. “I knew I was born in a different place but I didn’t know what it was like and I knew that I wouldn’t be able to go there,” she says. “I lived in a United States that I loved and said that I could be anything because it was my home. I also lived in a United States that hated me and wanted to kick me and my family out of the country because we were ‘illegal aliens’ who did not deserve to be here.”

While other Hispanics lived in her neighborhood, she knew her life was different from theirs. For one thing, she knew that crossing the border again to visit relatives may mean never coming back. “I was growing up with two separate identities and didn’t quite fit in anywhere,” she says. In many ways, Brenda felt too Mexican to be American and too American to be Mexican.

Brenda remembers her parents working long hours just to make ends meet. “[My parents] never had much for themselves. They would spend the little money they had left over on me, even if they needed things.” Brenda is an only child. However, if she did have siblings born in the U.S., they would be American citizens.

Birth of the Dreamers

Then, in 2012, the U. S. Department of Homeland Security announced and enacted the Obama Administration’s Deferred Action for Childhood Arrivals (DACA) program. Life dramatically changed for those 30 and younger who’d arrived in the U.S. before age 16 and lived here since June 15, 2007.

For the first time, Brenda and others who’d been stuck in two identities experienced the feeling of safety, knowing they would not be at risk of deportation during the time their DACA privileges were active. As they came of age, they would be able to get work permits and Drivers Privilege Cards.

The DACA program opened the door for undocumented students, also known as Dreamers, in myriad ways. Knowing they were safe from deportation, many Dreamers began enrolling in higher education. More scholarship opportunities opened up for DACA students. As awareness over this issue grew, so did the resources for Dreamers. Sallie Mae and Discover allowed DACA students to take out loans with them as long as they could find sponsors who were U.S. citizens or permanent residents. These two major loan companies have loaned an estimated 280,000 DACA students money for school, according to the New York Times.

In Salt Lake City, another resource has been the University of Utah’s Dream Center, an on-campus resource to help Dreamers as well as undocumented people in the community gain access to higher education which they do through individualized mentoring. Implemented by the Office of Engagement and opened this past August, the Dream Center provides trainings campuswide to students, faculty, staff and administration on how to help undocumented students as well as increase awareness throughout the community. The center helps undocumented students find scholarships, answers questions regarding their rights as students and is a place on campus they can feel safe and unjudged.

One Dreamer who hopes to make a difference in his community is 18-year-old Noe Garcia. The Weber State University freshman hopes to graduate with a degree in Business and Marketing. Growing up undocumented has inspired Noe to become a motivational speaker. “I want to give back to the people. Some people wish to achieve fame, riches, or financial security. I want to change the world,” he says.

But on September 5th 2017 President Trump made an announcement that would affect the lives of 800,000 people across the United States, including Noe and Brenda and 16,084 additional young people living in Utah, according to the U.S. Citizenship and Immigration Services. Trump announced the end of the Deferred Action for Childhood Arrivals (DACA) program. Without DACA these students will face the challenge of repaying their loans without being able to legally work in the country.

As of October 5, 2017 people are no longer able to apply for or renew their DACA status. Repaying student loans without legal access to jobs will be daunting. Congress must replace or re-enact DACA by March 5, 2018.

Noe was brought to the United States when he was two years old. “I don’t remember the journey. But my grandparents tell me stories about how I got here.” In his quest to change the world, Noe hopes Congress can replace DACA with something that still helps the Dreamers achieve success. “Some of these students are going to college for better employment opportunities to help their families. If these students can’t graduate college to do so, who will help their families? No money, more problems.”

However, as President Obama said in 2012, “This is not amnesty. This is not immunity. This is not a path to citizenship. It’s not a permanent fix. This is a temporary, stopgap measure that lets us focus our resources wisely while giving a degree of relief and hope to talented, driven, patriotic young people.”

Diego Pliego, a BYU Elementary Education DACA student, is currently in the process of gaining permanent residency through petition from his wife, Alexa. Diego understands that without his wife there would be no way for him to get legal resident status. “DACA keeps you in limbo, not yet a legal resident while not being a ‘bad hombre’ meriting deportation.” While their case is still pending, the Pliegos call the process “painstaking.” “We needed to gather enough evidence to convince the government that our marriage [is] valid and that I had merit enough to receive permanent residency; this evidence included joint purchases, copies of our bank statements, written affidavits, pictures, statements, official documents, and finally an interview with a USCIS representative.” There is still a chance their case may be rejected if the government feels there is not enough evidence to support their marriage being valid. For now, it is a waiting game for them.

It is agreed by recipients that DACA was a step in the right direction. DACA was not the final answer. “I am currently paying taxes for things that do not benefit me,” says Diego. “I pay Social Security, but will never see a dime of that. I cannot even apply for Federal Student Aid, which makes figuring out finances for school very difficult—and stressful, too. My wife can see just how stressful it is not knowing how, or if, the question of legal status will be resolved.”

Many hope Congress’ replacement will include a pathway to citizenship. “We are citizens, if not on paper then at least at heart,” says Diego. “I hope there is some form of immigration reform that makes it possible for us to even dream of becoming citizens. Give us a chance.” Andrea echoes that sentiment: “It is my hope that they create a new program which will allow us to gain residency and eventually become citizens.”

Students such as Noe, Brenda and Diego are a part of the future of our country—students who will be going into the workforce and contributing to our society regardless of their citizenship status.

Diego wants others to know: “We are people who are looking to make our lives in the only country that a lot of us have ever known. Our allegiance lies to the U.S. We are here to make this country great. It is by bringing those who desperately seek to be heard into the conversation that we move forward.”

Because not all Dreamers are open about their DACA status, many do not understand how this issue affects the people around them. This is the daily struggle of these students. As Brenda puts it, “We deserve a chance to live out our dreams and create a better world. We deserve the chance to have the place that we call home actually be our home.”

Jeannette Hernandez Heltman is a college access advisor for the University of Utah. She was a CATALYST intern the summer of 2014.