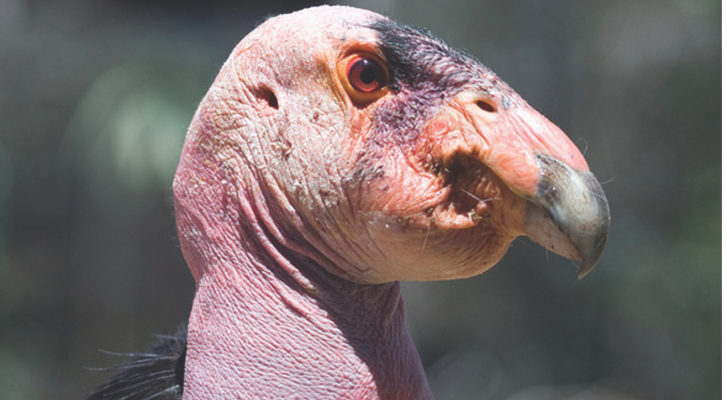 A pair of endangered California condors is incubating an egg in their nest on Minotaur Tower in Zion National Park. The chick is expected to hatch in early May.

Park biologists report that the mother is condor 409 and the father is condor 523, both captive bred (The U.S. Fish and Wildlife Service California Condor Recovery Program records and numbers condors in a “studbook”).

The condor pair has been together for two years. Condor 409 had a previous mate that died from lead poisoning in 2016.

Since 1992, half of condor mortality has been from lead poisoning when they eat bullet fragments in animals killed by hunters.

In 2017, the Obama Admiration banned the use of lead ammunition and fishing tackle, but the ban was reversed by the Trump Administration due to pressure from the National Rifle Association (NRA).

NRA maintains a website devoted to science-denial regarding lead bullets, insisting that the carrion-eating condors are poisoned by lead in paint chips, mining waste and insecticides (things that condors don’t eat).

Thanks to captive breeding  there were 290 free-flying condors by 2017 (up from 22 in the 1980s). The Peregrine Fund manages a captive breeding release site in northern Arizona near the Grand Canyon.