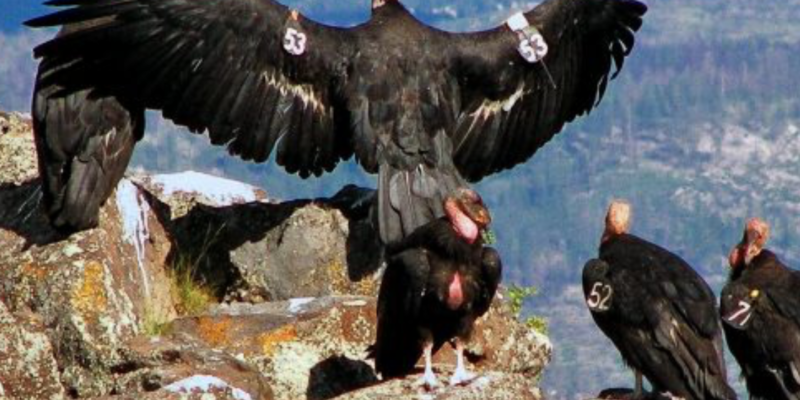 The baby California condor that hatched in Zion National Park this past spring has fledged! On September 25, bird watchers witnessed the chick’s ungraceful first flight and reported it to Park rangers.

California Condors are an endangered species re-introduced in their former range through a captive breeding program managed by the Peregrine Fund. The chick is entered in the official “Condor Studbook” as number 1000 (affectionately known as Condor 1K or the Zion Centennial Condor Chick since Zion National Park was founded in 1919).

Currently there are about 90 condors soaring over Utah and Arizona, but condor 1K is the first successful wild-hatched condor in Utah.  The biggest threat to species survival is lead poisoning from eating bullet fragments left by hunters in carrion.

In 2017 the Trump administration repealed a ban on lead bullets despite health hazards for wildlife and people who eat hunted meat.

The Zion National Park Forever Project is seeking funds to facilitate tracking and health checkups for the Zion Centennial Condor.

This is a segment of the November 2019 Environews. To read the full article, go here.