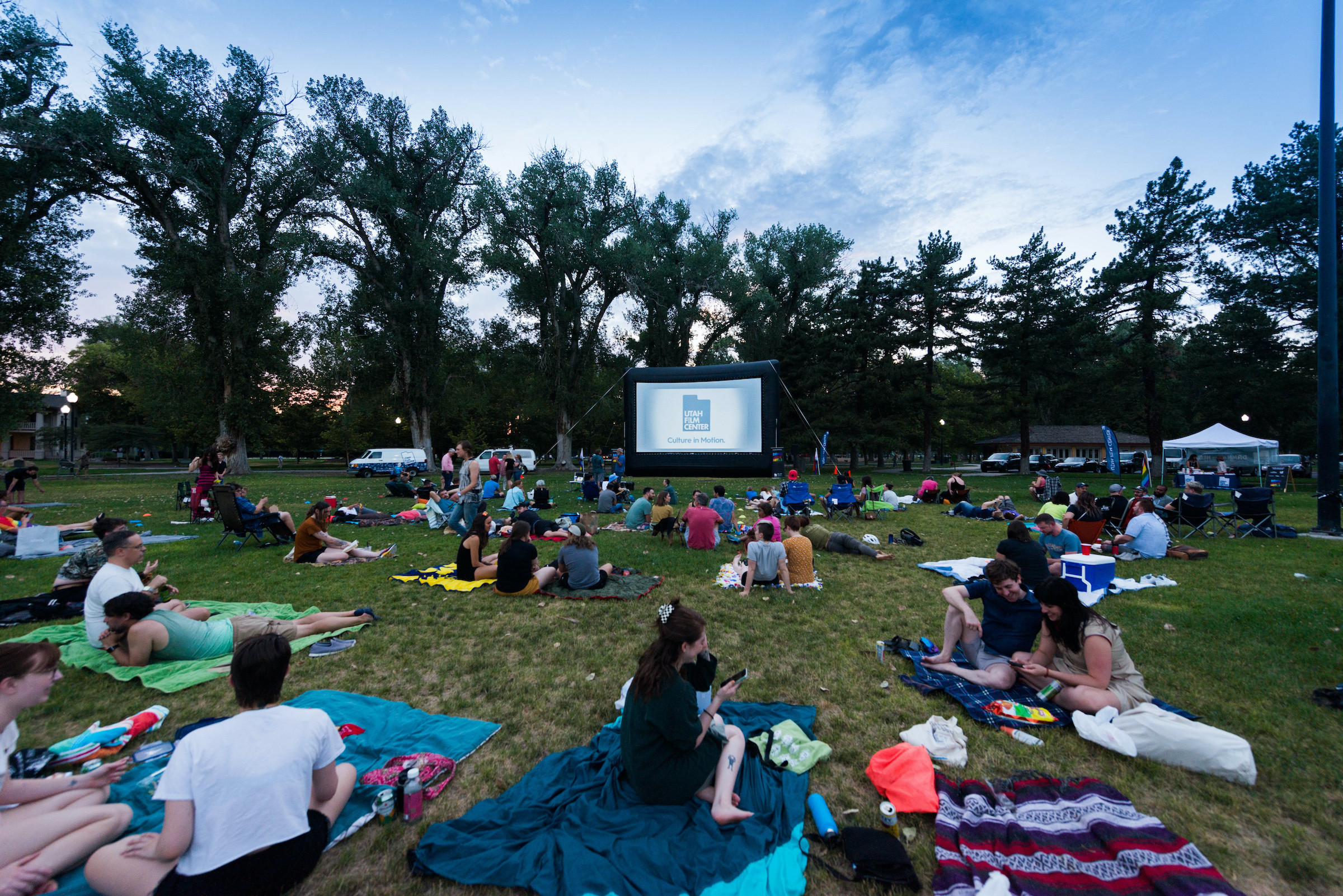 Summer is a special time of year, and Utah Film Center invites you to join us under the stars for a film series every bit as magical! We’re ready to take you on a journey that digs into the fertile soil of the imagination, takes your breath away with tales of the extraordinary, and explores the bonds of the human connections between us all. Whether you’re at home roaming our public lands, jamming at your local roller rink, or marching for equality, our soulful summer films will give you something to howl about! RSVP now to the summer lineup!

Below is a sneak peek of the films offered at the park!

CAN YOU DIG THIS?

When one thinks of South Los Angeles, what comes to mind is gangs, drugs, liquor stores, abandoned buildings and vacant lots. The last thing that you would expect to find is a beautiful garden sprouting up through the concrete, coloring the urban landscape. As part of an urban gardening movement taking root in South LA, people are planting to transform their neighborhoods and are changing their own lives in the process. Calling for people to put down their guns and pick up their shovels, these “gangster gardeners” are creating an oasis in the middle of one of the most notoriously dangerous places in America.

TROUBLEMAKERS: THE STORY OF LAND ART

Troublemakers unearths the history of land art in the tumultuous late 1960s and early 1970s. The film features a cadre of renegade New York artists that sought to transcend the limitations of painting and sculpture by producing earthworks on a monumental scale in the desolate desert spaces of the American southwest. Today these works remain impressive not only for the sheer audacity of their makers but also for their out-sized ambitions to break free from traditional norms. As the film makes clear, in making works that can never be possessed as an object in a gallery, these troublemakers stand in marked contrast to the hyper-speculative contemporary art world of today.

THE GROUND BETWEEN US

New eye-opening feature documentary The Ground Between Us explores the public lands debate in a unique way; presenting the reality of the people who live and work on public lands, but hold vastly different connections and perspectives. Through these stories, co-directors Zeppelin Zeerip and Galen Knowles ask: “Can public lands help to unite a divided America?”

Mama Bears is an intimate, thought-provoking exploration of the journeys taken by Sara Cunningham and Kimberly Shappley, two “mama bears” —whose profound love for their LGBTQ children has turned them into fierce advocates for the entire queer community — and Tammi Terrell Morris, a young African American lesbian whose struggle for self-acceptance perfectly exemplifies why the mama bears are so vitally important.

When America’s last standing roller rinks are threatened with closure, a community of thousands battle in a racially charged environment to save an underground subculture–one that has remained undiscovered by the mainstream for generations, yet has given rise to some of the world’s greatest musical talent. The documentary highlights the dynamic world of roller skating, showcasing African-American rinks and skaters across the country as they fight to keep the culture alive and skate their hearts out.

In a time of superstition and magic, a young apprentice hunter, Robyn Goodfellowe, journeys to Ireland with her father to wipe out the last wolf pack. While exploring the forbidden lands outside the city walls, Robyn befriends a free-spirited girl, Mebh, a member of a mysterious tribe rumored to have the ability to transform into wolves by night. As they search for Mebh’s missing mother, Robyn uncovers a secret that draws her further into the enchanted world of the WolfWalkers and risks turning into the very thing her father is tasked to destroy.

SUMMER OF SOUL (… OR WHEN THE REVOLUTION COULD NOT BE TELEVISED)

A documentary about the legendary 1969 Harlem Cultural Festival which celebrated African-American music and culture and promoted Black pride and unity. In his acclaimed debut as a filmmaker, Ahmir “Questlove” Thompson presents a powerful and transporting documentary—part music film, part historical record created around an epic event that celebrated Black history, culture and fashion. Filmed over the course of six weeks in the summer of 1969, just one hundred miles south of Woodstock, the footage was largely forgotten–until now. Summer of Soul shines a light on the importance of history to our spiritual well-being and stands as a testament to the healing power of music during times of unrest, both past and present.

In January 1970, hippie-millionaire Michael Brody Jr. announces to the world that he’s giving away $25 million to usher in a new era of peace and love, igniting a psychedelic spiral of events. In a frenzied few weeks, Brody and his young wife are mobbed by the public, scrutinized by the media, and overwhelmed by the crush of personal letters responding to his extraordinary offer. Fifty years later, it’s the discovery of twelve large boxes of unopened letters in an LA storage unit that inspires Dear Mr. Brody. Neither Michael Brody Jr.’s story, nor the thousands of stories in the letters have ever been told — until now.

The Biggest Little Farm chronicles the eight-year quest of John and Molly Chester as they trade city living for 200 acres of barren farmland and a dream to harvest in harmony with nature. Through dogged perseverance and embracing the opportunity provided by nature’s conflicts, the Chester’s unlock and uncover a biodiverse design for living that exists far beyond their farm, its seasons, and our wildest imagination.