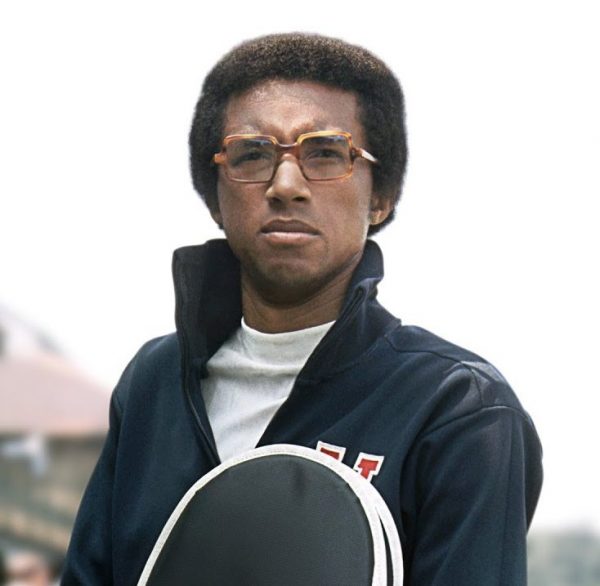 This year’s selection offers free films and a special event at the University of Utah that delve deep into the artistry, inspiration, and activism of our country’s Black luminaries, past and present. Each Tuesday in February, we’ll take you on a journey to uncover the stories you thought you knew and on Thursday, the 17th, we’re partnering with Utah Presents for a unique in-person performance by DJ Spooky as part of our Through The Lens series with KUER and RadioWest at Kingsbury Hall.

Citizen Ashe is the story of sports legend and social activist Arthur Ashe. Known to most by his stellar sports career – Wimbledon, US Open and Australian Open winner and the first black player to be selected for the US Davis Cup Team – this film uncovers Ashe’s personal evolution; how his activism grew and embraced not only the Civil Right movement and African-Americans but all oppressed peoples throughout the world. Ashe died of AIDS-related complications in 1993 and was posthumously awarded the Presidential Medal of Freedom the same year.

On Sept. 9, 1971, over 1,200 inmates at the Attica correctional facility in Attica, NY, seized the yard at the maximum-security prison, took more than three dozen guards and civilian employees hostage, and demanded more humane treatment and better conditions. For five days, the world watched as TV news cameras covered the story from both outside and inside the prison, as journalists and a team of negotiators converged at the scene. But when law enforcement was ordered by New York Governor Nelson Rockefeller to retake Attica, the resulting massacre by state police left 29 inmates and 10 hostages dead — the deadliest violence Americans had inflicted on each other in a single day since the Civil War. Before the smoke from the tear gas cleared, police tortured inmates behind the walls. No charges were ever brought against authorities for the killings of inmates and guards. It was the largest prison rebellion in U.S. history.

Now, on the 50th anniversary of the Attica uprising, Emmy-winning director Stanley Nelson and producer and co-director Traci A. Curry examine one of the most shocking incidents in the nation’s history in the extraordinary, in-depth documentary Attica.

Black, Bold & Brilliant presents the next episode in our series of conversations about Black-centric films and media by diving into the legendary interview between James Baldwin and Nikki Giovanni. In 1971, Baldwin, renowned author and intellectual, sat down with poet, writer, and activist, Nikki Giovanni, for a bold and breathtaking dialogue about race, love, and artistic inspiration. Our roundtable discussion will feature a collection of local writers and other literary figures to help us unpack this historic meeting of the minds.

DJ SPOOKY’S REBIRTH OF A NATION

KUER’s RadioWest will interview DJ Spooky as part of their weekly show prior to the event, please visit radiowest.kuer.org for upcoming showtimes and details.

Join Utah Film Center, KUER 90.1, and Radiowest for a special evening as we partner with UtahPresents on this special event.

Conceived as a reimagining of director D.W. Griffith’s infamously racist 1915 silent film The Birth of a Nation, DJ Spooky’s Rebirth of a Nation is a controversial and culturally significant project that examines how “…exploitation and political corruption still haunt the world to this day, but in radically different forms.” Originally commissioned in 2004 by the Lincoln Center Festival, the work has played throughout the world and continues to engage audiences in themes of civil rights and freedom, seen through the lens of DJ Spooky’s unique art of remixing.

DIONNE WARWICK: DON’T MAKE ME OVER

Dionne Warwick is a living legend. With that singular voice, both delicate and impassioned, her interpretations of many Burt Bacharach–Hal David compositions — “Walk On By,” “Anyone Who Had a Heart,” “Do You Know the Way to San Jose” — are regarded as definitive. Her activist work for the Black and LGBTQ communities has had a profound impact, yielding her 1985 version of “That’s What Friends Are For,” sung with Gladys Knight, Stevie Wonder, and Elton John, which raised over $3 million for AIDS research. Warwick’s life and work, encompassing the Black American experience over the past six decades, is the subject of Dave Wooley and David Heilbroner’s inspiring documentary portrait.

DJ SPOOKY’S REBIRTH OF A NATION

DIONNE WARWICK: DON’T MAKE ME OVER