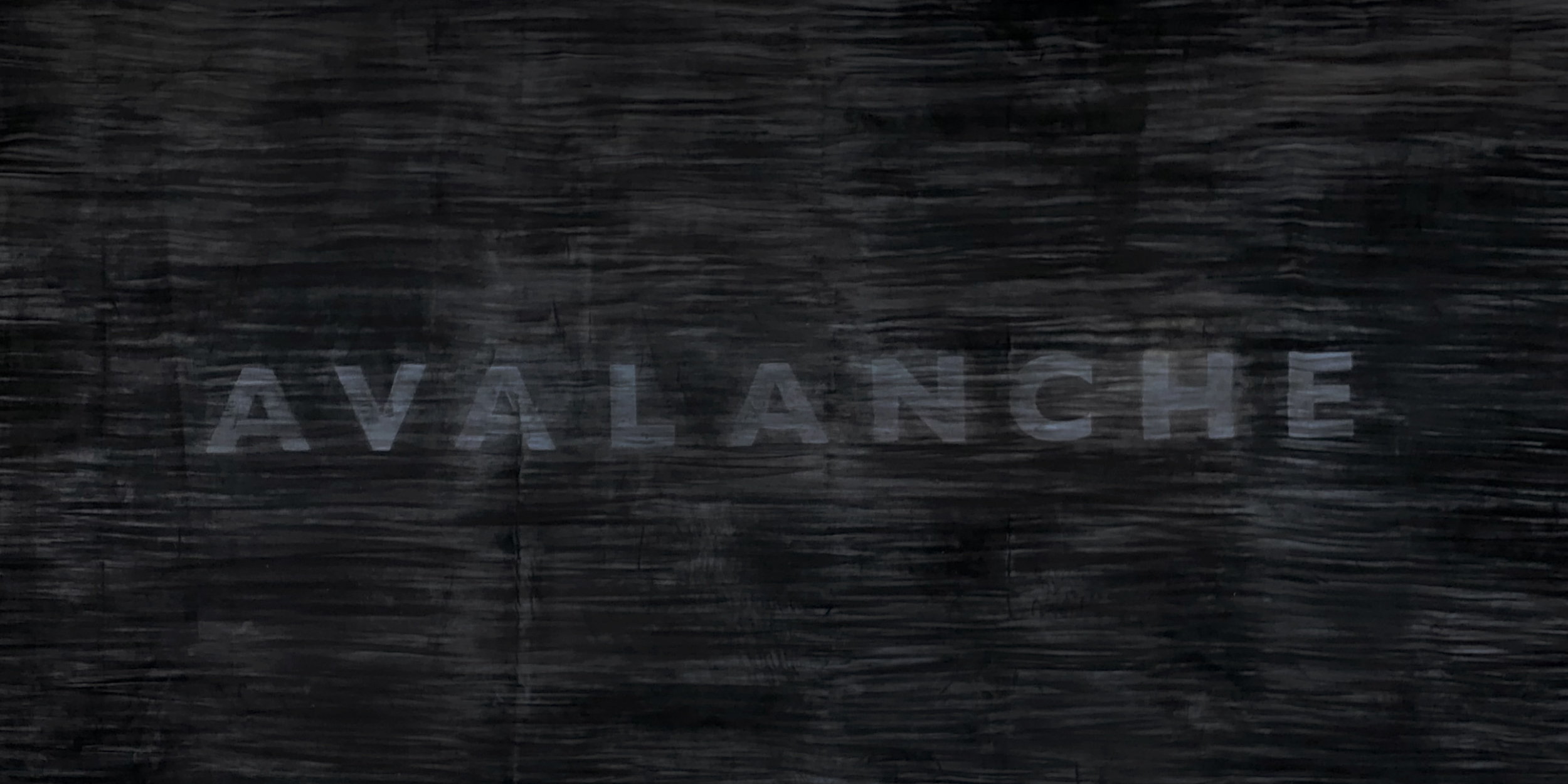 For In Memoriam, Cara Despain presents a body of work that marks our changing climate. Using burnt debris she collects from wildfires across the western United States, she creates ‘paintings’ of pure carbon—dark, saturated fields that memorialize these increasingly destructive events. Smelling of smoke and shedding ash, these new depictions of the American West eschew the idealization or romanticism that has defined landscape painting for so long. Instead, they become an overwhelming visualization of large-scale systems change, reflecting the consequences of human habitation on the planet.

Throughout the summer, hazy, smoke-filled skies were a palpable reminder of a devastating fire season. Locally, Parleys Canyon now holds a visible burn scar after a fire that forced the evacuation of thousands of local residents. And all across the West, heat waves and historic drought conditions have often combined with decades of insufficient land management, creating ripe conditions for millions of acres to burn.

For the past three years, Cara Despain has been making work that responds to this crisis. Using burnt debris she collects from wildfires across the western United States, she creates ‘paintings’ of pure carbon—dark, saturated fields that memorialize these increasingly destructive events. The artist has written that the works “serve as markers of a changing climate and exist in memoriam of the consequences of human habitation on the planet.”

These paintings fit into a larger body of work in which Despain has explored the West, interrogating issues such as land use, land ownership, and the sustained consequences of frontierism. Here she offers a critical lens on the history of American landscape painting and considers the ways in which it was often used to idealize western territories, typically for expansionist purposes. Today, she notes, the lands in these romantic depictions have been permanently parceled, claimed, altered, and scarred.

Despain thinks of the Carbon Paintings as landscape paintings of the new American West. Smelling of smoke and shedding ash, they are an overwhelming visualization of large-scale systems change.

Cara Despain is an artist working in film and video, sculpture, photography and installation addressing issues of land use, the desert, climate change, visualizing the Anthropocene, land ownership and the problematics of frontierism. She was born in Salt Lake City, Utah (1983) and currently lives in Miami, Florida and works between the two. She holds a BFA from the University of Utah (2006). In 2012, she was selected for the Salt Lake City Mayor’s Award in the visual arts, and in 2016 she was selected for the South Florida Consortium Fellowship. Her work is included in Rubell Family Collection and the Scholl Collection, as well as the State of Utah and Salt Lake County art collections. Recent exhibitions include FROM DUST at the Southern Utah Museum of Art, it doesn’t look like paradise anymore at Southern Oregon University; FREE!. at Brickell City Center, Miami; Cryin’ Out Loud at the Center for Contemporary Arts Santa Fe, Fringe Projects, Miami, Slow Burn at Spinello Projects, Miami; and No Man’s Land at Rubell Family Collection, Miami. She was the Art Director for the feature length film The Strongest Man that premiered at the Sundance Film Festival (2015), as well as A Name Without a Place which premiered at the Miami International Film Festival (2019). A short documentary about her and her work aired on Art Loft, WPBT and PBS and screened at the Miami International Film Festival (2016). She was selected for a 2018 Ellie’s Award through Oolite Arts to produce her own first feature film and video installation hybrid, and this year will be completing a public art commission for the Underline with Miami-Dade County Art in Public Places. Writing and research play a major role in all of her creative work, and she often works very site-specifically— researching, casting objects, or writing in the field. Recent residencies include Anderson Ranch in Snowmass Colorado, Feminist Summer Camp at Birch Creek Ranch in central Utah (which she co-facilitates), and Signal Fire Wide Open Studios field research program in the four corners area.