Someday, perhaps not long from now, the inhabitants of a hotter, more dangerous and biologically diminished planet than the one on which I lived may wonder what you and I were thinking, or whether we thought at all.

The window of time to deal with climate change has narrowed to an urgent 12 years according to a new report released by the Intergovernmental Panel on Climate Change.

The report says global temperatures are already 1°C higher than in pre-industrial times; 1.5°C rise will create serious problems; 2°C would result in catastrophic sea-level rise, the collapse of ecosystems, and mass migration of climate refugees.

The Great Salt Lake ecosystem that supports millions of migratory birds is threatened by human water development. If GSL dries up, the Wasatch Front is likely to become unlivable due to toxic dust storms.

Utah’s ski industry is losing early and late season tourism, and is pushing for more development higher up in the canyons.

Demand for water is driving wasteful projects such as the Lake Powell pipeline. The water storage reservoir in Lake Powell was at 60% capacity by the end of 2017; the projection for 2018 is 46% capacity.

As a center for refugee resettlement, Utah could end up receiving climate refugees forced to flee from sea level rise.

In the 2018 General Session, the Utah Legislature passed HCR 7, a resolution to acknowledge the impacts of climate change on Utah citizens. However, the State’s commitment to growth for the sake of growth and fossil fuel boosterism is generally incompatible with reducing greenhouse gas emissions.

In September, the BLM issued a Record of Decision in favor of building utility corridors to support a vast expansion of tar-sands strip mining on leases owned by Enefit American Oil (an Estonian company) in the Uinta Basin.

Road building such as the West Davis Corridor focuses on increasing the number of cars in motion, not on better ways to get places without driving.

None of this unconstrained industrialization is helpful to reduce Utah’s contribution to greenhouse gas emissions to foster resiliency in the face of climate change. We can do better by giving more consideration to environmental values. 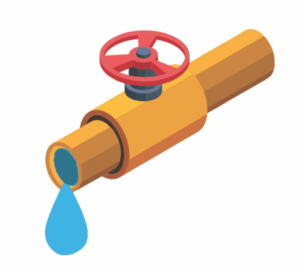 On October 15 Utah Governor Gary Herbert issued an Executive Order to declare a drought emergency for the entire state.

Last winter, snowpack was only 50-60% of normal and melted several months early. Prolonged dry conditions led to a formidable wildfire season. The state of emergency exists until the threat or danger has passed but due to climate change, drought in Utah may be the new normal. Utah does not have a long-term drought plan to cope with climate change.

One effect of drought is that farmers in drought-stricken counties have not been able to irrigate alfalfa. Alfalfa is a cash crop, largely exported to China. That means Utah’s extravagant water subsidies are subsidizing Chinese cattle. Given the emergency, this seems like exactly the wrong way to manage scarce water resources.

No grizzly hunt, but Endangered Species Act in danger

A federal judge in Montana restored endangered species protections to grizzly bears in the greater Yellowstone area, cancelling planned trophy hunts in Idaho and Wyoming. Utah’s congressional delegation has an agenda to “modernize” (i.e. destroy ) the Endangered Species Act which they call “government overreach.” A bill sponsored by Senators Mike Lee and Orin Hatch in 2017 would have given states the right to cause species extinction within their borders.

In the House, Congressman Rob Bishop (R-UT-1) is currently supporting a package of nine bills that would weaken or destroy endangered species protections. A leaked memo from the Trump administration directs federal agencies to withhold information about enforcement of the Endangered Species act in incidents when political appointees overrule scientific advice.

It seems fair to say that if Republicans keep control of government in the November midterm, some species will face extinction as a consequence.

Escape from the inversion

The researchers say that’s good news for ski resorts. Even if climate change ruins the snow, visitation to high-elevation winter outdoor recreation could still hold steady because of  people who want to breathe.

What the researchers don’t mention is that poor low-elevation snow is driving pressure for more canyon development. Ski areas are trying to trade private mining claims for development property on the canyon floor. Alta is trying to renege on former agreements to develop Grizzly Gulch. The town of Brighton is seeking to incorporate in order to give canyon property owners (read, rich developers who buy the property) more power to develop in the Salt Lake City watershed.

Weather and Air Quality Drive the Winter Use of Utah’s Big and Little Cottonwood Canyons: bit.ly/2ysFYWU 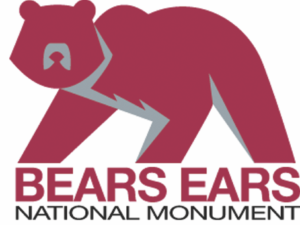 The Trump administration is trying to ram through new management plans for Utah’s downsized national monuments before courts have weighed in on whether the president has authority to shrink or eliminate national monuments.

An October 1 letter sent by Congressman Raul Grijalva (D-AZ-3) requests a halt to the planning process, which he calls  “a transparent attempt to rush forward an illegal disposition of public lands before the courts have ruled.”

In August the Utah Tribal Leaders Association also issued a resolution calling on BLM and the U.S. Forest Service to halt the planning process until the courts have decided upon the legality of the Trump Proclamation.

Lawsuits to restore Bears Ears and Grand Staircase Escalante National Monuments have not yet gone to court. In September, environmentalists won a small victory when a federal judge refused to move pro-Monument lawsuits out of D.C. to the State of Utah, where anti-monument legislators expected to find anti-Monument judges. Since that tactic failed, the State of Utah has filed a request to join the lawsuits as a defendant against the American Indian tribes and citizens who are seeking to restore Utah’s national monuments. The request claims that the State has “sovereign interest” in generating revenue from federal public lands.

Bears Ears comments due by November 15

Public comments are due on the Draft Monument Management Plans of the Indian Creek and Shash Jaa Units of the former Bears Ears National Monument (these are remnant units after President Trump slashed Bears Ears boundaries by 85% in December 2017) .

Public comments are due on a hastily written Draft  BLM management plan for areas that Trump eliminated from Grand Staircase Escalante National Monument.