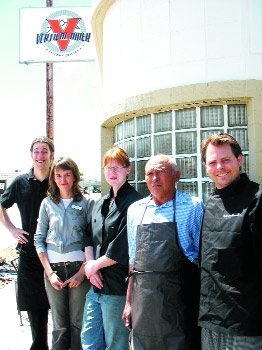 I first met Ian Brandt four years ago when I interviewed him for a CATALYST piece about his vegan eaterie, Sage's Cafe. I was pleasantly surprised by his voracious energy- the man could talk the talk on subjects ranging from organic foods and farming to vegan cuisine and ways to make a restaurant more sustainable.

Brandt's new Vertical Diner, just three months old, is located in the "new South Salt Lake Arts District" (a term coined by Brandt himself, and picked up by plucky Utah media outlets including this one), the industrial neighborhood seems a risky choice for a vegetarian diner. But Brandt says the locals are responding very well, and of the 25% who may wander in hoping for beefy burgers and fries, he says the majority leave happy and satisfied with a vegan meal.

The "arts district" is slowly becoming a happenin' spot just outside of downtown; SLC Bicycle Collective and Poor Yorick Studios also live there. Brandt says cheaper rent  allows sustainable local business in the neighborhood. He has recently spoken with the Salt Lake City Arts Council to find out if they might provide resources to further flesh out an arts district, perhaps even supporting a Winterfest or other ventures, but the verdict is still out.

The Vertical Diner building, a 1920s diner, housed several other restaurants before Brandt took on the lease. Brandt himself gutted and redid the interior, using his ingenuity to create a unique space. He recycled and reupholstered booths discarded by Todd's Bar and Grill, and he hand-painted Asian wall hangings acquired from a defunct Midvale Chinese restaurant. Some of the windows are recycled. Brandt painted a fabulous cityscape on the south wall to tie the whole Asian-diner theme together. Adding to the fun is a free jukebox spouting hits from all genres, creating an eclectic variety of sound.

Cuisine at the Vertical is around 35% organic, and all coffees, teas and cocoas are fair trade. Brandt uses no hydrogenated oils or preservatives in his food. His cuisine concept is similar to Sage's, but this time, he is focusing on providing vegan food at affordable prices and at a faster-serviced pace. Menu items include combos, where customers can choose from biscuits and gravy or hash browns and then add choices to create a breakfast or lunch. An example might include hashbrowns plus two choices, say, sausage and the tofu scramble, for $6. Brandt hopes to attract a younger crowd with his less expensive options. Other menu items include pancakes, philly cheeze steak sandwich, salads, chicken strips, rice bowls with tofu or tempeh, burritos-even milkshakes and cheese fries for those with a diner appetite. (All made with plant-based alternatives to meat and dairy, of course!) Brandt's shoofly cake is delicious. It's his grandmother's recipe based on an Amish coffee cake made with blackstrap molasses, a common dessert in his native Pennsylvania, but unique to Salt Lake. The Vertical also offers 17 beers, mimosas, wine and sake. It might seem a little out of the way, but at about 22nd South and West Temple, the Vertical Diner is a fun place to eat, and, hey, the location may soon be the coolest neighborhood to hang out in since Sugar House. 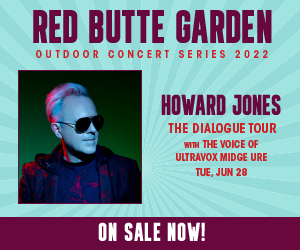