Brain Food: Thinking Smart About the Fish You Eat 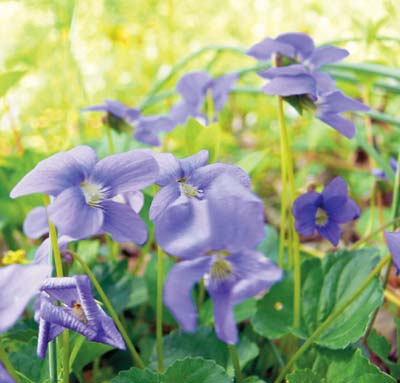 Author Debbie Leaman sifts through conflicting information to help you make educated choices about what is safe and healthy to eat versus what is beneficial for the future of our fragile ecosystems.
-by Debbie Leaman
Buying fish, I scan the myriad choices: Swordfish, salmon, shellfish, tuna or cod? Being health-conscious, I know it’s important to eat seafood, but lately a nagging feeling seeps in. What about contaminants? Plus, I recently read that within decades the oceans may be depleted of seafood – our choices at the fish counter may be dwindling.

How do we sift through conflicting information to make educated choices about what is safe and healthy to eat versus what is beneficial for the future of our fragile ecosystems?

It’s no wonder that fish has grown in popularit 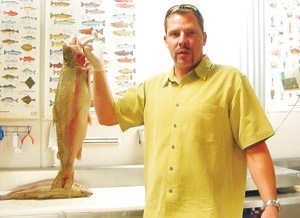 y. But what are the long-term consequences of scouring the oceans, lakes and streams in search of so much heart-healthy food?

“Somewhere around 1980, we humans crossed an evolutionary threshold: the burden we place on the life support systems of the planet passed beyond the sustainable limit. The figures are sobering,” says David C. Korten in his book “The Great Turning.” “Just since 1950, in barely more than 50 years, the global human population more than doubled from 2.6 billion persons in 1950 to 6.4 billion in 2005…. The number of motor vehicles is 10 times what it was in 1950. Fossil fuel use is five times what it was, and global use of fresh water has tripled.” He adds, “By 2002, humans were consuming food, materials, and energy at a rate of about 1.2 Earth-equivalent planets.”

In response to the world’s increasing appetite for seafood, fishermen worked overtime. “Between 1950 and 1994, ocean fishermen increased their catch 400% by doubling the number of boats and using more effective fishing gear,” states the Monterey Bay Aquarium website. “In 1989, the world’s catch leveled off at just over 82 million metric tons of fish per year. That’s all the ocean can produce.” In other words, more fishing won’t catch any more fish, it will just mean overfishing.

Overfishing means fish are caught faster than they can reproduce. A 2003 cover story of Nature reported that 90% of all large fish, including tuna, marlin, swordfish, sharks, halibut and cod are gone, risking endangerment. New England cod, which were once so plentiful and prolific that fishing boats had trouble maneuvering through them, have almost disappeared. Years of bottom trawlers have destroyed their seafloor habitats, pushing cod into severe decline. Sharks, bluefin tuna and other types of West Coast rockfish have also been overfished and are endangered. When a species starts drying up, fishermen look deeper into the ocean for alternatives. Substituting fish species only perpetuates the problem. Chilean sea bass, which can live 40 years or longer, and orange roughy, which can survive at least 100 years, are now prone to overfishing.

Bycatch, or unintentional catch, is another big source of species depletion. According to the United Nations Food and Agriculture Organization, 25% of all fish caught are thrown overboard, dead or dying. For every pound of shrimp trapped in trawl nets, an estimated two to 10 pounds of other fish are tossed out. Sharks, swordfish and red snapper are just a handful of fish accidentally killed; dolphins, sea turtles, seals, whales and various seabirds also fall victim to fishing lines and nets.

Bycatch often kills young fish that would otherwise grow up to reproduce and repopulate the species. According to the Monterey Bay Aquarium website, “The animals we catch and throw away have important roles to play in marine food webs. By killing these animals, we’re taking food away from tuna, salmon, swordfish, dolphins, sea lions and other ocean wildlife.”

What about fish farming?

Today almost one-third of our seafood comes from fish farms. That seems, in theory, to be a sensible solution. The type of fish, farm location and farming methods all determine whether that’s so.

Shrimp farms in Ecuador and Thailand, which feed our habit in the United States, Europe and Japan, are culprits in destroying mangrove groves and forests. These coastal forests were once home to wild fish and shrimp that fed local families. After a few years, these farms are so filled with waste that they are no longer viable, and the waste leeches out, further impacting the surrounding environment. The farmers close them down, abandon the facilities and move on to other locations.

Farmed salmon are raised in net pens, similar to cows in a feedlot. Crammed in by the thousands, these fish produce tons of waste, polluting the surrounding water and inviting parasites and disease not only among themselves, but to wild species swimming nearby. To combat the parasites, fish farmers use antibiotics and other drugs. This waste leaks, compounding the harm to fish and wildlife by the drug-resistant organisms that can develop. When we eat farmed salmon, the leftover residues from the antibiotics can affect our health. Although the United States has laws protecting the environment around fish farms, many other countries do not.

Mercury and other contaminants

Crowded farm conditions and water pollution can make an otherwise healthy food choice downright hazardous. Some species of fish that find their way onto dinner plates across America are contaminated with metals, industrial chemicals and pesticides. Mercury, lead, PCBs and DDT are just a few of the unwanted ingredients found in some fish today. Unfortunately, this contamination is surprisingly common.

Contaminants enter the water systems in a variety of ways. Industrial waste and agricultural pesticides leach into the ground, and runoff from storms carry chemicals downstream into lakes and reservoirs, poisoning ecosystems. “By fertilizing the world, we alter the planet’s composition of species and shrink its biodiversity,” says Michael Pollan in his book, “The Omnivore’s Dilemma.”

Mercury, a reactive heavy metal, finds its way from the atmosphere into the water, eventually converting to methylmercury which is readily absorbed into the tissue of certain fish. Size, species, age and location of the fish all affect the contaminant level absorbed. “Generally, larger and older fish have had more time to bioaccumulate mercury from their food and the water than smaller and younger fish. In addition, large predatory fish (like sharks and swordfish) near the top of marine food chains are more likely to have high levels of mercury than fish lower in marine food chains due to the process of biomagnifications,” according to the Oceans Alive website. But, according to the U.S. Environmental Protection Agency, nearly all fish and shellfish contain traces of mercury, since it occurs naturally in the environment.

Bottom-dwelling fish are more likely to absorb high levels of organic chemicals (such as DDT, dioxins and PCBs), which concentrate in the skin, organs and fatty tissues. Wild striped bass, bluefish, American eel, and sea trout tend to be higher in these contaminants.

What about canned tuna, once an American kid’s lunch staple? How safe is this to eat now? The two most popular kinds of tuna are white, made from albacore and light meat, made from skipjack; the mercury content varies between them. Albacore absorbs a moderate amount of mercury and because of this, it is recommended that we all, especially pregnant women and children, limit consumption of canned white tuna. Skipjack is a smaller species and contains one-third of the mercury found in albacore. Oceans Alive, on its website, warns that “Overall, it’s best to exercise caution in how much tuna you (or especially your children) consume.”

So fish, once a clear choice as a healthy food source, packed with protein and omega-3 fatty acids, can also be laced with contaminants. Do we forgo fish all together and start stir-frying more tofu? The EPA says it’s safe and healthy to eat up to 12 ounces (two average meals) per week of fish low in mercury.

Last October a Journal of the American Medical Association study concluded that “…based on both the strength of the evidence and the potential magnitudes of effect, the benefits of fish intake exceed the potential risks,” even for women of child-bearing age. Keep in mind that the study focused exclusively on human health, not the condition of fish populations.

We owe it to ourselves and future generations to be conscientious stewards of the environment, and to do that we must make educated choices in buying our fish. As Korten says “…the world’s people are awakening to the reality that we are one people with one destiny on a small planet and that we can and must accept adult responsibility to and for one another and the web of life that sustains us all.”

Where does that mercury come from?

Fish is beyond compare as a source of many nutrients vital to the developing infant, some of which may actually enhance development of the nervous system in babies and young children.

Widespread contamination of fish with toxic mercury, however, has cast a shadow over the nutritional benefits of fish.

Combustion in power plants of coal containing mercury is the major source of environmental pollution. Mercury pollution from coal-fired power plants moves through the air, is deposited in water and finds its way into fish, accumulating especially in fish that are higher up the food chain. Fish like tuna, sea bass, marlin and halibut show some of the worst contamination, but dozens of species and thousands of water bodies have been seriously polluted.

Exposure to mercury in the womb can cause learning deficits, delay the mental development of children, and cause other neurological problems. Mercury consumed by a pregnant woman through contaminated fish can cross her placenta to damage the brain of her baby. As a National Academy of Sciences panel definitively [in 2000], some children exposed in utero by their mothers’ fish consumption are at risk of falling in the group of children “who have to struggle to keep up in school and who might require remedial classes of special education.”

Women who eat a lot of fish during pregnancy, or even as little as a single serving of a highly contaminated fish, can expose their developing child to excessive levels of mercury. The toxic metal can cross the placenta to harm the rapidly developing nervous system, including the brain.

…In the long term, the solution is to halt mercury pollution from coal-burning power plants and other sources so the contamination of fish is avoided in the first place. Fuel switching – from coal to renewable energy sources-along with aggressive deployment of conservation measures, makes sense for any number of reasons. Fish free of mercury – the way they used to be – is just another one. – Kenneth A. Cook

Kenneth A. Cook is president of Environmental Working Group-U.S. Public Interest Research Group, www.ewg.org. This is adapted from the foreword to the EPW report, “Brain Food.” To download the complete report, go to chickenlittle.org.

Remove the skin and fat before cooking.*
Serve less fried fish, as frying seals chemicals into the fish fat. Poach, broil or grill the fish, allowing the fat to drain away.
* Mercury can not be eliminated this way since it binds to the proteins in fish tissue.

Debbie Leaman is a freelance writer living in Salt Lake City.  She and her family have decided to eat more sardines and catfish and no more cod or snapper.

www.oceansalive.org – Print out your very own wallet-sized Seafood Selector, a concise guide to eco-friendly and contaminant-free fish buying. This is great!

www.epa.gov/waterscience/fishadvice -Check out “What You Need to Know about Mercury in Fish and Shellfish.”

www.americanheart.org – Find more information on the benefits of fish and omega-3 fatty acids.

www.earthcharter.org – The Earth Charter was created by a worldwide, cross-cultural team. Over a decade in the making, this document is a declaration of fundamental principles for building a just, sustainable, and peaceful global society in the 21st century.