A few books from our office shelves that might interest you.
—by Madison Reece 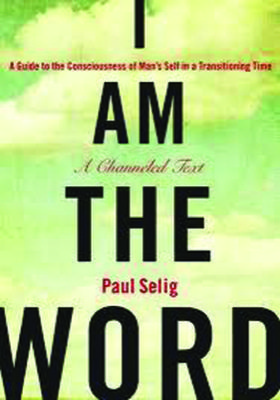 I Am the Word: A Guide to Consciousness of Man’s Self in a Transitioning Time
Paul Selig (2010: Tarcher/Penguin)

Paul Selig describes the book as a channeled text because, though he is credited as the author, Selig says the text is actually being written through him by spirit guides. These guides are not devoted to any one religion, claiming the reader can be devoted to any religion or no religion but still benefit from reading the text.

As the reader moves through each chapter, intentions are set by the spirit guides, supposedly activating energy changes in the reader and raising the awareness of their own frequencies, as well as those around them. Each intention activates different chakras, raises the consciousness of auras, and ultimately makes the reader more sentient of their own soul, frequency and vibration. Whether or not the reader believes in the text or calls it a work of fiction, it’s an interesting read. 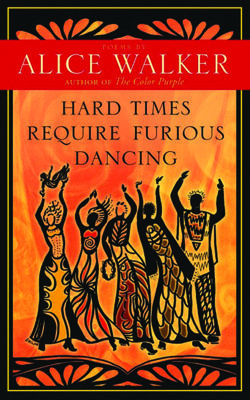 Alice Walker is most acclaimed for her novel The Color Purple. Walker’s fame as the author of such a well-known text has consequently forced her other writing projects to be overlooked. Hard Times Require Furious Dancing, a book of poems, should not be neglected or overstepped, but read and meditated upon, and then reread.

It’s difficult to group Walker’s poems into one category because they broach such a wide array of topics: grief, death, self-annihilation, womanhood, Buddhism, rebirth, meditation, and Mother Nature.

Walker has a tendency to behave with a Buddhist mindset in her poems. She reacts to sorrow and familial abandonment with an open heart, claiming: This we know:/ We were/ not meant/ to suffer/ so much/ & to learn/ nothing. Walker realizes the simplest and most successful way to create change in a world of chaos and aggression is to respond with compassion. 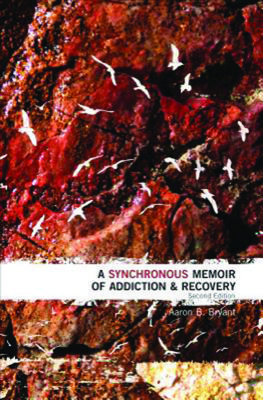 A Synchronous Memoir of Addiction and Recovery
Aaron B. Bryant, Jr. (2010)

Aaron B. Bryant’s memoir is a classic account of a drug addict finding sobriety after realizing his passion for social work. Bryant was a methamphetamine addict on the streets of Salt Lake City for nearly 10 years, supporting his expensive habit ($200 a day) by pawning his mother’s valuables, trading criminal services to local gangs, and eventually prostituting himself in exchange for drugs. He was incarcerated for numerous domestic abuse charges, disorderly conduct, trespassing, and destruction of property. He was eighty-sixed from nearly every motel in Salt Lake City due to failure to pay overdue rent and for causing numerous verbal and physical disputes with management. The memoir is both engaging (due to the familiar landscape of Salt Lake City mentioned) and tiring (due to overly dramatic and cliché-driven narration), but an interesting take on homelessness in the streets of Salt Lake.

Bryant’s memoir addresses the bewildering sense of time a meth-addict experiences due to the drug’s ability to keep the user awake for days at a time. Bryant writes about his experiences of being awake for seven and eight days consecutively, waking up covered in cockroaches (a sensation he was used to after living in less-than-hygienic motels), and the disorienting state of mind one experiences after blacking out, having no recollection of how much time has elapsed in the interim.

The author’s concern with society’s correctional facilities ultimately leads to his decision to pursue a degree in social work. He claims correctional facilities oftentimes incarcerate individuals susceptible to depression, trauma, violence and low self-esteem, and places them in an environment that breeds the very problems in need of “correcting.” After four years of sobriety, Bryant graduated with a bachelors degree in social work from the University of Utah. Bryant hopes to help others with substance abuse problems by sharing his own experiences with addiction. u