If you remember the cute coffee cart that perched daily on the patio of Liberty Heights Fresh last fall, you’ll be happy to know it found a small nest downtown—not much bigger than a coffee cart but more suitable for the changing seasons. In January, owners Nick Price and Meg Frampton moved their fledgling business, called Three Pines, to the small space adjoining From Scratch on 62 E. Gallivan Avenue. 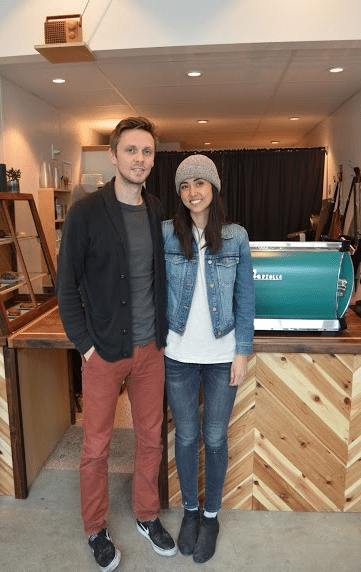 Both musicians from SLC, they spent many years in Los Angeles to pursue music, and came back to Salt Lake in August with big plans to open a coffee business.

Nick and Meg’s time spent in Los Angeles was key to their way into the craft coffee scene, however not necessarily on purpose. While both were playing in bands, Nick took a side gig at specialty coffee shops Handsome Coffee Roasters (now Blue Bottle Coffee Co.) and Blacktop, both in the arts district of downtown LA. Traveling to coffee conventions and regional barista championships, at which Nick would judge, the couple was devoting a lot of energy to coffee. Nick’s side job to pay the bills was becoming their main event.

It was in July 2015 when Meg’s mom planted the seed for them to start their own coffee business in Utah. “Looking back, all the things that happened in LA led up to this. More of our time was spent in coffee shops than music venues. We didn’t know it, but we were doing market research for years. Once my mom put that idea in my head, it made sense.”

With not a lot happening for their music careers at the time, plans for their mobile coffee cart quickly got under way. Nick constructed the cart himself. Being in bands for so long, the pair remarked on how long it could sometimes take to get all band members’ schedules aligned, but when it was just Nick and Meg, they could move as fast as they wanted. The coffee cart took flight in August 2015.

Nick remembers the community vibes at Handsome Coffee and while on tour. They plan to acquire their own, larger space when the time is right. “We hope to have brew classes and acoustic night. Those things are really important to us… We miss doing that.” 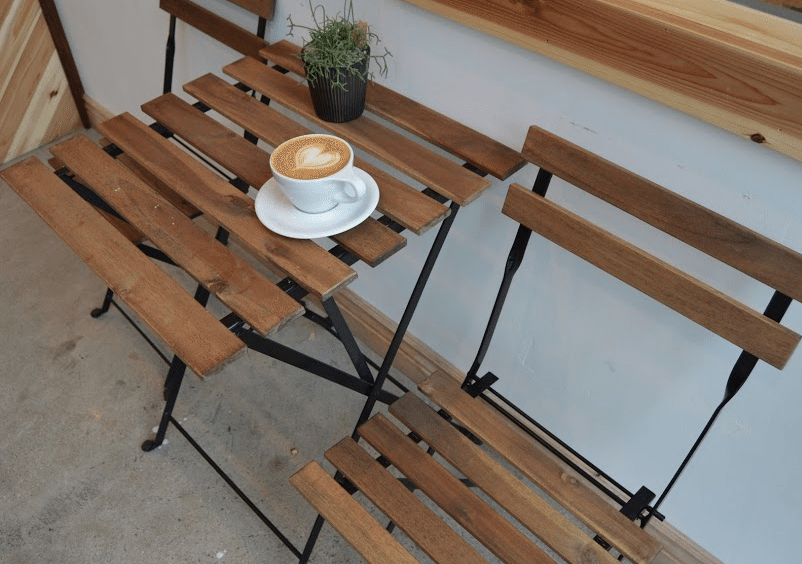 As Three Pines gains a following, they realize how their time spent in music helped prepare them for owning a small business. One of their bands, Meg & Dia, which also included Meg’s sister, was together for 10 years. From playing at a bar for six people, to having their music videos played on MTV, they don’t seem worried that their shop currently seats only two people at a time.

“Having that experience of starting out small and growing a loyal fan base showed me that no matter how many [fans] you have in the beginning, it’s going to take time until you see success. Trust in what you’re doing and keep moving forward.”

The wisdom they gleaned from their music careers: You have to start small. The lesson I learned from talking with Meg and Nick: Sometimes mom’s crazy ideas might actually make a lot of sense.

This article was originally published on May 21, 2016.