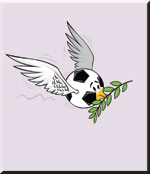 A bond to fund the city’s portion of the Public Sports Complex (read: soccer fields) was approved by Salt Lake City voters in 2003 and has been in the works ever since. As deadline for action nears (the promissory note from Real Salt Lake expires in December 2010, the project is garnering more citizen and media attention—concerns regarding the size, location and ultimate cost.

A bond to fund the city’s portion of the Public Sports Complex (read: soccer fields) was approved by Salt Lake City voters in 2003 and has been in the works ever since. As deadline for action nears (the promissory note from Real Salt Lake expires in December 2010, the project is garnering more citizen and media attention—concerns regarding the size, location and ultimate cost.

On the one side, Salt Lake City Mayor Becker’s administration feels the project is ready to go, with few if any problems. But local environmen­tal groups are alleging a railroad project with not enough public discussion. Objections center primarily on location. The proposed site, around 2200 North and Redwood Road, borders the Jordan River. The current plan doesn’t fit the guidelines for floodplain or riparian habitat, and will not be responsible stewardship for that section of the river, according to opponents of using that site, which include Westminster College biologist Ty Harrison, TreeUtah’s Vaughn Lovejoy, photojournalist Ray Wheeler, Jeff Salt of the Great Salt Lake Keeper and others.

{quotes} According to the city, the Jordan River site is the most favorable of those considered. {/quotes} The city got the land from the State of Utah Parks Department—acquired under a 1965 law that encouraged “open space.” The city interprets this to include “recreation.” Vicki Bennett, director of sustainability for the city, says the public was informed during the bond election in 2003 that this would be the most likely site.

Late last month KCPW (88.3FM) reported that city councilman Søren Simonsen, a previously avid supporter of the sports complex project, was reconsidering his support, due in large part to the concerns of these environmental groups. Simonsen confirmed to CATALYST that he is not sure about the viability of the current plan.

Although Simonsen is “fully supportive of a sports complex,” his primary concern is that the intended site doesn’t match the guidelines of the Blueprint Jordan River document —a master plan for the Jordan River, which was unanimously adopted in February 2009 by the city council, and has the support of many groups and organizations in the valley.

Until recently, Simonsen was employed by a company tied closely with the development of the project, so he distanced himself from the discussions to avoid a conflict of interest. “When this first came up in the council, I was in the dark regarding those discussions,” Simonsen said. Now, however, he’s getting up to speed, and believes there’s a policy conflict. “I’ve argued passionately that a sports complex could be consistent with the [Blueprint Jordan River] master plan. But the more I dig, more into Blueprint Jordan River and into environmental conditions, the more I question whether or not this is the ideal site,” he said.

The consistency he mentioned has to do with a “buffer zone” included in the current proposal. The buffer would leave an average of 223 feet (but as few as 101 feet) undeveloped open space along the banks of the Jordan. This zone would be cared for under the auspices of the project. Unfortunately, Simonsen says, the buffer isn’t enough to satisfy the recommendations for this portion of the river in Blueprint Jordan River. “It’s clear this site is identified as an open space designation,” he says.

{quotes} This leaves the city with a conflict in policy: On one hand, they’ve put a lot of time and money into planning for this particular site; on the other, they’ve approved of Blueprint Jordan River and committed to honoring it. {/quotes}

Resolving this conflict will be tricky. If the city decides to consider other sites, it could jeopardize funding—the bond, approved by a narrow margin in 2003, requires matching money, which has been promised by Real Salt Lake, but their promise is good only until the end of 2010.

If they decide to modify Blueprint Jordan River, time again becomes an issue, since that document was, and is, a collaborative effort on the part of many agencies and organizations who would have to weigh in on proposed revisions.

“We need to have a serious discussion about location. The conclusion might be to keep it where it is. But anyone who wants to gloss over this is doing a disservice to Salt Lake, as well as to the people who have put so much work into the Blueprint,” says Simonsen.

One of two alternative sites worth considering is a parcel of land near the city’s Public Works buildings, about 1900 West and 500 South. The other is the city’s public Par Three golf course, which, according to Simonsen, has been losing money for years (and there’s another golf course adjacent to the north, anyway). But Simonsen expects the city council to be reluctant to look elsewhere. “There’s not going to be a lot of desire on the part of the council to go out looking for another site, with how much they’ve been looking at this one,” he says.

Simonsen thinks the project should be built somewhere, though. While loans for construction projects are typically very expensive right now, public bonds, according to Simonsen, are doing well, and the project would be a stimulus to the local economy.

The city council discusses the sports complex plan on January 5 [visit http://catalystmagazine.net for updates/details]. Once they are clear on the administration’s final proposal, they will put it to a vote. Until then, things are up the air.

This article was originally published on December 31, 2009.