Ask the Astrologer: Share my future with a former friend?

I got divorced in 1993 and never remarried. I do not have negative feelings against marriage, I just never found anyone who I wish to share my life with. Recently I have been in touch with a former friend and we discovered that we still have deep feelings for each other. I feel good about this and very hopeful, however I live in Georgia and he lives in Alabama. My birthday is 4/01/55 and his is 3/22/54.

It makes sense that you and your former friend are back in touch with each other because you have very compatible horoscopes. There are certain things that Astrologers look for when judging the success of a relationship and one of these is same season pairings. Same season pairings are when both people are born at the same time of year. In your case, you and your former friend were both born in the spring and under the zodiac sign of Aries. So this is good. The next thing we look for are Ruling Planet connections. You were born with your Mars in Capricorn while your friend was born with his Mars in Sagittarius. If you look at the zodiac calendar you’ll see that Sagittarius and Capricorn share the month of December. This is another positive sign that the two of you would have a successful relationship. The question, of course, is how are you going to make this happen when you both live in different states?

Your friend has a lot of things coming up for him in the first six months of 2011. This looks like a time when he will have to get his house in order—both literally and figuratively. It looks like he will be saddled with heavy family obligations in January 2011 and that he will be busy taking care of unfinished business that’s been left at loose ends for too long in late February and March. This will be a very challenging period for him and you may feel like you’re losing his interest or that he’s not making you enough of a priority. The trick to surviving this rough passage is to not let your insecurities muddy the waters. You have a unique opportunity to be there for him as a friend and confidante. These are important qualities that people look for in a lifetime partner at this age and you’re being in his corner will mean a lot. As for you? Well, you will see for yourself how good he is at following through with things. He was born with Mars in Sagittarius and this can be a very exciting energy to be around because it’s fiery, romantic, and adventurous. However Sagittarius energy can also have a problem with delivering on promises. A Child of Mars with Mars in Sagittarius means well, but doesn’t always cross the finish line. It’s during the first half of 2011 when you will learn if he’s got what it takes to win your hand. Again I think that you and your friend have a lot of relationship potential and that this is something worth pursuing. I also feel like you’ll know where things stand by the end of June 2011. 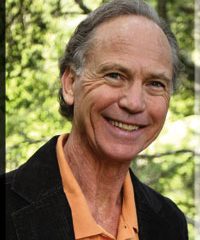