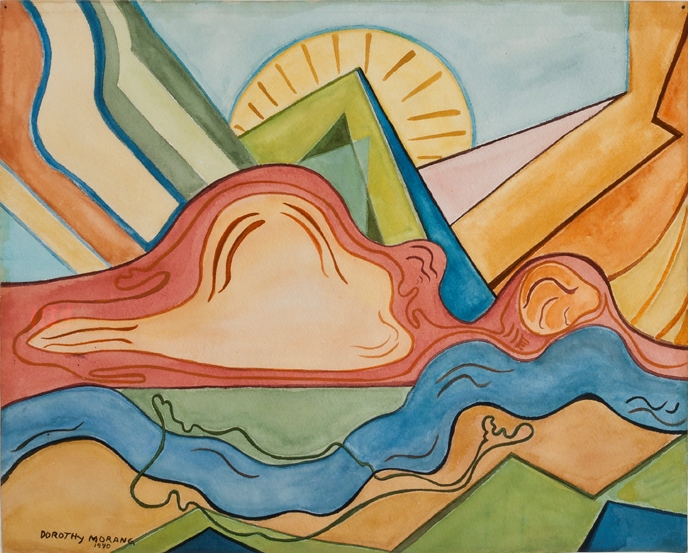 When I lived in Santa Fe (nearly twenty years ago), I named the gas station where Old Las Vegas Highway meets Old Pecos Trail “the place where parallel universes converge.” It was where shared needs overlapped—everyone needed gas—from the woo-woo to the rancher to the tourists to the trucker to the farmer to the struggling artist to the pot growing outlaw just in from Pecos. Very few who filled their gas tanks knew each other or had much else in common. Had we talked to each other, we might have discovered that we shared a love of the beauty of the mountains, the slightly thinner air of high altitude (Santa Fe rests at 7,000 feet), the light that draws so many painters, or the smell and taste of green chili roasting in August and September. But my guess is we also would have discovered that what we loved most was the underlying assumption that we were able to live our very different lives without interference. Residents used to joke that Santa Fe was the perfect place to hide in plain sight, given that no one was much interested in poking around in other people’s business. I don’t know if that live-and-let-live attitude still prevails, but I am sure the gas station is still a junction for co-existing realities; parallel universes that only merge through shared needs. I am well aware that huge conflicts played out beneath the surface of daily life, but somehow the vastness of the landscape always reminded me of the need to include ideological differences in my universe. When you live in the shadow of the Blood of Christ Mountains, humility is essential.

Watching the political events of last week, I knew I was watching parallel universes collide—and not just the he-said-she-said-they-said aspect of it. At a deeper level what I witnessed was a war between cultural realities. And while “tribal” is the way our differences are often described, I think it’s important to remember that not all tribes were or are enemies and that many tribes shared and share the same values—they just expressed those values differently.

Pluto Direct began early in the morning (GMT) on Monday, October 1, and its dynamic presence is at the core of our currently clashing cultural paradigms. Pluto signifies death and rebirth and therefore the undeniable reality of impermanence. Pluto also symbolizes power, which if you think about it makes sense: faced with the truth of impermanence, which is the ultimate powerlessness, human beings must confront the inevitable reality of death. Paradoxically, that fear of death is the motive behind all attempts to control life, but acknowledging that particular truth is a complex process that requires peeling away the many layers of our psychic onion.

Unfortunately, most of us aren’t interested in diving that deeply into a personal existential crisis and as a result, we spend most of our time dealing with superficial issues. We find power where we can and tend to be satisfied with its material manifestations—money, sex, success, and politics. And when those attempts at power include the exploitation of others, whether those others are fellow human travelers or the rest of the world’s sentient population, we rationalize that exploitation away. I don’t need to name all the rationales; we all know what those justifications look and sound like, from petty personal grievances to the ravages of war.

Pluto Direct continues until April 2019, and as it moves forward we begin to feel the full force of its transit through Capricorn. As part of that forward motion during the next six months, Pluto activates the degree of its regime changing alignment with Saturn on January 12, 2020. (Saturn will be close to that degree during 2019, but not close enough to call the conjunction exact.) Capricorn represents rules and regulations, governments, authorities of every ilk (including the Supreme Court), and corporations. In 2010, the Supreme Court ruled that corporations are people too, a ruling that opened the doors to financial manipulation of politicians even wider than they already were, making it possible for special interest groups to monetize their values through elected officials. (Citizens United v. Federal Election Commission)

Pluto’s transit through Capricorn began in January 2008, and its journey out of that Sign starts in 2023. Pluto will take two years to leave Capricorn, and from an astrological perspective, those two years are the equivalent of lingering because Pluto doesn’t usually take that long to exit an astrological Sign. As Pluto moves through the final degrees of Capricorn, it will continue to stir unrest. What we witnessed last week at the Kavanaugh hearing is barely the beginning. Arguably, the Supreme Court lost its apolitical veneer in 2000 with Bush v. Gore, and the Citizens United case seemed to seal its newly politicized status. Should Brett Kavanaugh’s appointment go forward, the rulings of the Supreme Court will be tarnished for decades.

Pluto is only concerned with what lies at the core; it only wants the deep and it will push, and push, and push until its message is received. “We are far from the shallow now,” as Lady Gaga and Bradley Cooper sing on their new release from A Star is Born, and that song also asks if we are “happy in this modern world.” Capricorn is the sign where all that is superfluous is stripped away and Pluto facilitates that exposure because authenticity—what is real—is its signature. The post-truth universe is also manifestation of Pluto’s transit through Capricorn because it’s the perversion of truth, and through that perversion we are forced to examine why truth matters. Not everything is relative. The good news is that truth still matters to enough people, across a wide range of parallel universes—more universes than the deniers or distorters of truth. Whether we like it or not, we’re in the deep, and it is wiser and easier to embrace Pluto than to resist it, so find your way of diving into this next phase. Find the place in you that knows the true from the false—even if requires a bit of work to identify and acknowledge it.

My time in New Mexico taught me the fundamental truth of our shared human condition: we are not separate, even from those we hate. Separation is an illusion, and you need only gaze upon the night sky to know that to be true. We live in parallel universes, but we are united by an inexplicable mystery. For some reason it is up to those of us who recognize that unity—who know that truth to be self-evident—to help others see the beauty of that unity.

AriesMarch 21-April 19
Take the longest view possible and contemplate how the past becomes the present and the present informs the future. It’s not as metaphysically complex as it sounds; you just have to find an objective perspective that allows you to identify patterns and their consequences.

TaurusApril 20-May 20
The focus is on relationships of every denomination—friends, lovers, family, and acquaintances. But rather than focus on what those interactions provide you, turn the question around: What do you provide in your relationships, and is your contribution as valuable as you would like it to be?

Gemini May 21-June 21
The best emotional protection is the truth, so be honest with yourself and others about what you feel. This isn’t about indulging negative emotions—there’s no need to devolve into a shouting match. Express yourself with an open heart and listen to others with an open mind.

Cancer June 22-July 22
You can be moody and allow yourself to swing between extremes or you can notice what triggers those feelings and instead of believing your worst fears to be true, you can start to investigate their source. You may discover a real reason to be upset or you may discover your moodiness is just a habit.

Leo July 23-August 22
Insisting on the righteousness of your opinion could turn your certainty into self-righteous and that brittleness won’t work on your behalf. So before you assume a position you might later regret, rely on your innately generous heart and work toward finding an inclusive solution to the situation.

VirgoAugust 23-September 22
It’s as simple as this: you’re overextended and you need to rest. Go ahead and take as much time as needed to restore body, mind, and soul. You’ll know when your reservoirs are restored and it’s time to jump back into action. Even if you miss some of the action, there will still be plenty to do when you return.

LibraSeptember 23-October 22
You’re still riding an emotional current and honesty is still key to managing this intense flow. Last week was all about speaking truth to yourself and to a significant other about your feelings. The same is true this week, only add this: petty grievances are just that. If you want change, focus on what’s important.

ScorpioOctober 23-November 21
In your quest to secure financial stability, be sure to include your attitude about money. Yes, I know the nuts and bolts of financial health involve spending habits, but what you believe about money plays a large role in how you arrange the basics. Look at your family-of-origin beliefs to see what needs to shift.

SagittariusNovember 22-December 21
You have to choose: Be disappointed over certain situations and allow that sadness to determine your perspective or process through the disappointment and rather than react out of habit, find a positive response that will allow you to shift your view. It may not be an easy process, but it will be worthwhile.

CapricornDecember 22-January 19
You’re gonna have to find your sense of humor and hold onto it with all your might. Don’t worry—you aren’t in danger. But you are at risk of taking everything too seriously, which would put you at equal risk of losing an objective perspective. Laughter will help you stay wise and balanced.

AquariusJanuary 20-February 18
There’s simply a lot going on—maybe even too much—and even though you’re doing your best to get a good grip and hold on tight, there are moments of just being overwhelmed. Prioritize or re-prioritize your goals so you can identify what’s most important, and then reorganize your time around those goals.

PiscesFebruary 19-March 20
You certainly understand the notion of parallel universes and how easy it is to get pulled into one or another of those realms. You also know the value of good boundaries because they are the best way to avoid getting lost in someone else’s dream. Remember to hold onto yourself as you travel between realities.