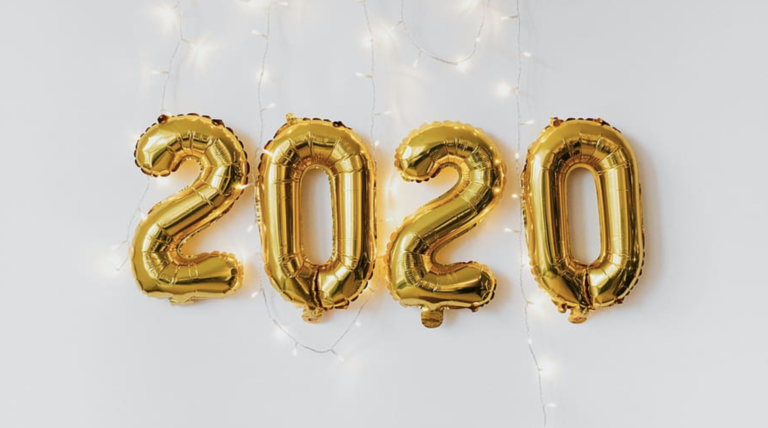 Welcome to the first day of a new year and a new decade, each promising a dynamic (okay…wild) ride of personal and planetary transformation that challenges all of us to rise to the occasion of a new consciousness, capable of envisioning what needs to be done to right the course of planet Earth. It’s a daunting task that nevertheless must be accomplished if we are to make it through the shifts that lie ahead. So take a deep breath, find your center, and set your internal compass to your personal true north because all year long you will need to hold fast to what is most true so you can find your way through a multitude of shifts.

Ancient astrologers looked to the sky for messages from the gods, and if those sky watchers were alive today and had the power of telescopes, their heads would explode from the deluge of portents lighting up the 2020 night sky. From the perspective of our ancestors, who viewed the sky as alive and speaking to us all the time, 2020 is bookended by two of the most potent astral signatures possible: (1) a Saturn/Pluto conjunction on January 12, a configuration that signals a restructuring of government and other authoritative institutions that provide the backbone of collective reality; and twelve months later, (2) a Jupiter/Saturn conjunction on the winter solstice of 2020 closes the year and simultaneously signals the start of a new regime, specifically a dynasty based on the notion that ideas shape reality.

But don’t get too excited about this idealistic shift—we can’t just click our ruby shoes, use a Bluetooth mouse, swipe to the next screen, or use the TV remote to hurry into our brave new world; we have to co-create it, which requires working with each other in spite of our differences. Right at this moment in our collective turmoil that might sound like an impossible dream, but there are hundreds, maybe even thousands of small citizen initiatives all around the world that are positively affecting daily life and countering hate and greed by improving attitudes and aspirations. So do not despair as the glare of nightly news illuminates obstacles. As Margaret Mead famously said, “Never doubt that a small group of thoughtful, committed citizens can change the world; indeed, it’s the only thing that ever has.”

The first week of 2020 opens with confusing impulses. At midnight on January 1, we start the calendar New Year with a Moon/Neptune conjunction in Pisces, an empathic combination that speaks the possibilities of compassion as a guiding principle for the coming year. Unfortunately, by the end of the first day of the New Year, the Moon moves into Aries, indicating strong emotional currents that are more about self-interest than altruistic intentions, and that shift in attitude is likely to manifest as aggression—hardly anyone will be all that interested in making nice with others. And as the Moon moves through Aries for the next couple of days, it forms fractious angles to the aggregation of planets in Capricorn—Mercury, Jupiter, the Sun, Saturn, and Pluto. Anticipate everyone being more than a little cranky.

Also be aware that while we’ve been experiencing this lunar activation cycle for the last several months, this is the last in the cycle; it culminates in a lunar eclipse at 20° Cancer 00′ on January 10, at 2:10 PM EST. This lunar eclipse punctuates the Saturn/Pluto conjunction in Capricorn, which is exact and separating on January 12. Because eclipse effects extend before and after the actual event, you may well be experiencing the tension of next week’s eclipse this week. The Moon will oppose Saturn and it will also oppose Pluto; it will not oppose their conjunction in Capricorn again in our lifetime because there won’t be another Saturn/Pluto conjunction in Capricorn until 2754. So I would expect a fair degree of intensity.

Another momentous conjunction occurs at the end of 2020: it’s a Jupiter/Saturn conjunction at 0°00′ Aquarius. The conjunction of Jupiter and Saturn occurs every twenty years; it moves through each astrological Element approximately every 200 years, and because there are four Elements in astrology—Fire, Earth, Air, and Water, it takes about 800 years for the conjunction to make a complete cycle. A change of Element indicates a shift in perspective and concerns—think of the difference between Aries and Taurus or Taurus and Gemini or Gemini and Cancer. Our ancestral astrologers believed this change in Element signaled a change in emphasis, which is probably why they deemed this Element shift a dynasty change. The last time we started a full Jupiter/Saturn cycle in the Air Element was 1226—nearly 800 years ago. For those interested in a long list of this cycle, go to Richard Nolle’s site: www.astropro.com/features/tables/geo/ju-sa/ju000sa.html

Please note that there is always a conjunction that presages the shift in Element. In this case it was 1980-81, when there were three conjunctions in Libra, an Air Sign. Then the cycle shifted back into Earth, with one last conjunction in the Earth cycle in May 2000, in Taurus. Now we are entering an Air cycle that will continue until 2219.

So 2020 can be seen as a year of great transition, where Earth Element concerns clash with Air Element concerns. Earth is the tangible world; Air is the intangible world—the world of ideas, ideologies, ideals, and idealism. Some will call it the beginning of the Aquarian Age (Oy…I may have to change the name of the column), when the utopian principles of Aquarius and its egalitarian aspirations clash with the Capricornian voice of reality, a voice that wants to get real and keep it that way. But these days, it’s hard to know what’s real. Again, this is the year we make choices about what reality we are going to embrace—fact or fiction, contraction or expansion, cruelty or compassion?

2020 opens with the harsh reality of the Saturn/Pluto conjunction in Capricorn, the Sign that gets down to the bones of things and doesn’t back off until the superfluous is deemed unessential. Pluto’s journey through Capricorn, which began in 2008, continues to challenge all sorts of systems previously taken for granted, individual and collective, but none more important than the political and financial structures that are the backbone—the skeletal structure—of how the world works. When Saturn entered Capricorn in 2017, it amplified Pluto’s journey, and as Saturn moved into its conjunction with Pluto, we have been living with the combined effect: a daily reality that is divisive, polarizing, and aggressive, as the status quo struggles against the inevitable forces of change.

One more thing: Uranus goes direct on January 10, about six hours after the lunar eclipse, which means that these next days are likely to resemble Mercury Retrograde, especially when it comes to technology snafus. So keep your patience pills handy—you’ll need them to manage any techno-breakdowns. Also do whatever it is you do to soothe and calm your nervous system. Whenever Uranus “changes” direction, it feels like a speed bump in the ethers and nervous systems often struggle and strain to keep up with the current. That being said, start your new year off with a resolution to be kind to your fellow travelers of every ilk. We all need the comfort of kindness right now, even and maybe especially those who think they are immune to the great forces influencing daily life.

Aries March 21-April 19
2020 is about staying calm and keeping yourself centered. There’s still a lot of work to be done and it requires your best effort. While some of it is just grunt work, the rest demands clear and steady attention. Keep assuming a one-day-at-a-time attitude and you will emerge from this process successfully.

Taurus April 20-May 20.
2020 promises to be a year of surprising plot twists—I would tell you what they are if I could, but then they wouldn’t be surprising. Handling these surprises gracefully requires an open mind that’s prepared to consider all sorts of opportunities and developments as they arise. Be curious and you’ll stay present for what unfolds.

Gemini May 21-June 21
2020 invites you to deepen your spiritual search by investigating new modes of healing, so don’t be surprised if you find yourself on an extended silent retreat or a workshop dealing with family of origin dynamics—or both and more. This is a year of deep personal growth culminating in an abiding confidence in Spirit.

Cancer June 22-July 22
2020 provides an opportunity to resolve several relationship issues, and while that requires a lot of work, you’re likely to find renewed enthusiasm for transforming old patterns. This isn’t about dramatic decisions—divorce, for example, won’t change the cause of your behavior. It’s about creating more personally fulfilling partnerships.

Leo July 23-August 22
2020 begins with the emphasis on service, and it doesn’t matter whether that is you helping others or others helping you. The important lesson of the year is finding an attitude that allows you to find joy whether you are giving or receiving. Assuming an attitude of humility and gratitude will positively inform your choices.

Virgo August 23-September 22
2020 promises even more opportunities for creative self-expression, so don’t hesitate to devote yourself to creative endeavors. You don’t have to turn your efforts into a profession. Remember, sometimes the process is more beneficial than the product, especially if through that process you find pieces of yourself that you didn’t even know were lost.

Libra September 23-October 22
2020 has the potential to provide you with innovative solutions and remedies to several persistent problems, particularly when it comes to issues of safety and security. Listen carefully to your heart and let it guide your choices—you’re far more attuned than you realize to what you need to feel settled—internally and externally.

Scorpio October 23-November 21
2020 invites you to continue having conversations, especially the storytelling dialogues that include anecdotes about your adventures. These don’t have to be farfetched tales of bravery; they simply have to be real stories told through your superpower: penetrating insight into what motivates human behavior.

Sagittarius November 22-December 21
2020 deepens your appreciation of resources—all of them, material as well as spiritual. Yes, the emphasis has been on money, but now the focus includes a renewed appreciation for the value of self-confidence and self-esteem. Take pride in your accomplishments and recognize them as a reflection of your drive and determination.

Capricorn December 22-January 19
2020 promises a modicum of relief from what has been an unrelenting process of transformation. Pluto does stay steadfastly in your Sign, but Saturn will eventually move away, which means you’ll have a little more room to stretch. So take a deep breath and know that relief is in sight.

Aquarius January 20-February 18
2020 transitions you out of hibernation and into the limelight, and while you’re happy to be free from a portion of your cocoon, it might take a moment or two to get used to being the center of attention. Contemplate how you want to handle your new role and what kind of new persona you would like to create.

Pisces February 19-March 20
2020 amplifies your desire to be of service so don’t be surprised if you feel renewed determination to participate in your community. There are plenty of avenues for you to choose from—helping kids or elders, to name but two. It’s important to choose something that will bring you joy because that’s the key to maintaining your enthusiasm.