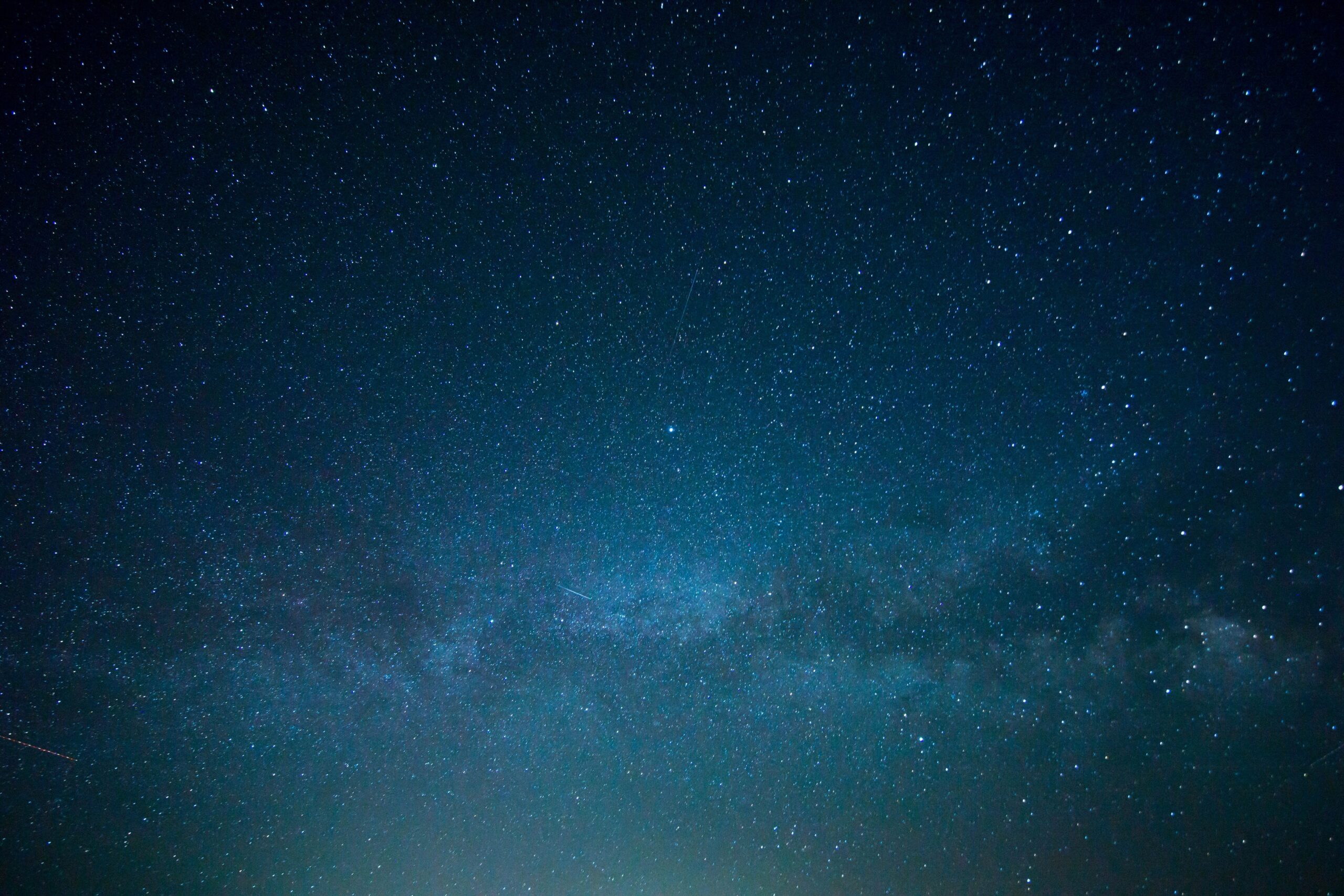 There is always something interesting hidden in the frustrating snafus of a Mercury Retrograde and it’s worth searching through the details, even if your computer decides to have a mind of its own (which mine did), but here’s what I discovered in this first retrograde phase of 2021:

President Biden, elected to the office in the midst of the most severe combination of crises we’ve ever faced, was also elected vice president in the midst of the most severe financial crisis since the Great Depression. That first election took place during a Saturn/Uranus opposition. He was sworn in as president at the beginning of a series of Saturn/Uranus squares that will set the tone for not only for 2021 but also for the entire term of his presidency. All Saturn/Uranus contacts are about the dismantling of the status quo, and while it is hard to imagine anything else being dismantled, the process of righting our ship will take quite some time.

President Biden’s natal chart contains a wide Saturn/Uranus conjunction in Gemini, the Sign of ideas; while it’s a 7° orb rather than the standard 5°, it is nonetheless a potent contact, given that Biden stepped into his greatest political roles under two Saturn/Uranus combinations. The conjunction in President Biden’s natal chart did not transform him into the James Dean of the Democrats; he is neither a political nor a cultural rebel. Yet he resonates with the energetic signature of that planetary combination, which is an interesting detail and might be why he is a good choice to lead us through this particular transition. He recognizes the value of wisdom gathered from experience—Saturn—but also recognizes the need for innovation—Uranus.

There are three exact Saturn/Uranus squares this year. The first direct contact is exact and separating on February 17, 2021. The second occurs on June 14 and the third on December 24—so pretty much all year long we are under this astral influence, which means all year long we are under a fair degree of turmoil. It’s important to remember that times of tumultuous societal change always include a period of reaction. The most recent blatant acts of white supremacist aggression are a continuation of the backlash to the election of Barack Obama, which shifted the cultural and political paradigm of the presidency, and the country as a whole. President Biden’s personal experience with the aftershocks of that election might make him exceptionally sensitive to the rise of the unbridled racism that found its voice in Mr. Trump.

And speaking of Mr. Trump (and I am so looking forward to the day when I don’t have to), we are still hopelessly caught in his personal Groundhog Day—or maybe it would be better to say his impeachment déjà vu. I am not going to reiterate anything about history repeating itself. While it would be gratifying to see him repudiated by Republicans, that’s not likely to happen. That being said, on February 17, the day of the first Saturn/Uranus opposition, Mr. Trump has Pluto exactly opposite his Venus. It is possible to see this transit as a Plutonian light shining on Mr. Trump’s values. However the tension of this opposition manifests, it will have a compulsive quality; in Mr. Trump’s case, it could be the continuing insistence on his position regardless of reality.

There are currently five planets in Aquarius. In order of their appearance, by the degree they are currently occupying: Saturn, Venus, Jupiter, Mercury (retrograde until February 20), and the Sun. A New Moon in Aquarius began last night at 8:20 PM, and for the next two days, it will transit all those planets, adding an emotional component to the usual Aquarian reserve. Despite its natural cool, Aquarius is also known for its spontaneous and zany behavior, which means we can expect several surprises. Yes, I know we’re used to Uranus delivering the unexpected, but all these planets in Aquarius are kinda the equivalent of an extra Uranus transit.

The overarching influence of the week is the Saturn/Uranus square. A friend suggested that the worst of it was over after the assault on the Capitol that coincided with the square’s start. Although on January 6, Mars was conjunct Uranus, the most explosive signature in the astrological lexicon, that event is likely to be just the beginning of the Saturn/Uranus dismantling. Perhaps history will see it as the first shot fired in the United States revolution 2.0. As always, time will tell.

And as always, do your best to be kind to your fellow travelers. These are not the easiest times and the kinder we are to each other the easier it will be to get through the turmoil.

Aries March 21-April 19
The Saturn/Uranus challenge unfolds on several levels simultaneously, but don’t let that confuse you. The underlying theme of this interaction is becoming aware of how your values align with the values of your community. If they don’t, and you want them to, you might find yourself making significant adjustments. If they do, you might find yourself feeling the comfort of genuine associations.

Taurus April 20-May 20
The Saturn/Uranus square sets up friction between your traditional definition of success and your aspiration to shift your persona. Sometimes breaking free from previous roles and responsibilities can set off major and minor earthquakes. But just as often the need to break free from stagnant patterns is immensely satisfying. Weigh the balance and see what matters most to you.

Gemini May 21-June 21
It’s a tale of two (or more) universes as you work your way through colliding belief systems. Saturn represents all the systems you have faith in and Uranus signifies a challenge to those tried and true beliefs. As these two Titans square off, you’re likely to be questioning almost everything. Take your time with this process and you’ll eventually work your way toward greater clarity.

Cancer June 22-July 22
You need to pace yourself, and while I realize that is a strange thing to say during a retrograde, the Saturn/Uranus square is sparking shifts—lots of them—and you are going to want to do everything right away. So take a deep breath, prioritize your goals, and make a reasonable plan. The cliché “Rome wasn’t built in a day” applies here; true transformation takes time to integrate into action.

Leo July 23-August 22
It’s all about relationships with significant others—spouses, lovers, friends, and business partners—and also with yourself. Saturn has you analyzing your partnerships and it simultaneously triggers your loyalty issues (you tend to be loyal to a fault). Uranus wants to dissolve inappropriate responsibilities so that you can take care of yourself as well as you take care of others.

Virgo August 23-September 22
Read Gemini above and add this: your colliding universes revolve around your definition of service. Ask the big questions and try not to be afraid of your doubts. Doubt comes from real questions and answering those concerns is the best way to strengthen your faith. So have at it, and start with what it means to serve and whether you do it out of duty or from a genuine desire to help?

Libra September 23-October 22
Saturn is currently transiting the sector of your Solar Chart where we take risks. It’s commonly thought of as the house of self-expression, and if you think about it, being yourself—all the time—is a big risk that Saturn often inhibits. We admire those who do, but not many make the leap. Uranus, transiting your house of change, stirs the need to be all you, all the time.

Scorpio October 23-November 21
Saturn wants stability even as it clashes with Uranus, which is agitating your need to enliven your relationships, including and especially your relationship with yourself. At first the solution appears to be making bold moves to remedy the immediate problem. But this is Uranus, and part of this process is looking at these issues from a variety of perspectives. Be patient and clarity will prevail.

Sagittarius November 22-December 21
You always have a lot to say and as Saturn and Uranus square off, you are going to have even more opinions about all sorts of subjects. Be wary of wagging a judgmental figure at others for not agreeing with you. This is an opportunity for you to expand your ideas and also to sort through what’s true for you and what isn’t. As always, remember to listen to others as intensely as they listen to you.

Capricorn December 22-January 19
The Saturn/Uranus square presents itself at first as a money issue—and it may actually be all about money. At a deeper level, the friction this square generates is about value, which means you are going to be questioning what matters most. While this process could be quite uncomfortable, it will be worthwhile, especially if you’re willing to be absolutely honest with yourself.

Aquarius January 20-February 18
You’re already feeling as if you are in the midst of an identity crisis and the Saturn/Uranus square adds a new level of intensity. Take a breath and take a step back. Part of this process involves dismantling your public persona and that has you a little nervous. Don’t worry; your job is just to be authentic and the rest will take care of itself.

Pisces February 19-March 20
Your internal universe is struggling from the weight of Saturn, which is inviting you to consider a variety of ideas, so many that you’re feeling overwhelmed. Uranus is stirring the desire to talk about it all but you’re not sure where to begin. Anywhere would be the answer to that question because even if you’re unsure, verbalizing your uncertainties will help you find your certainty.

This article was originally published on February 10, 2021.