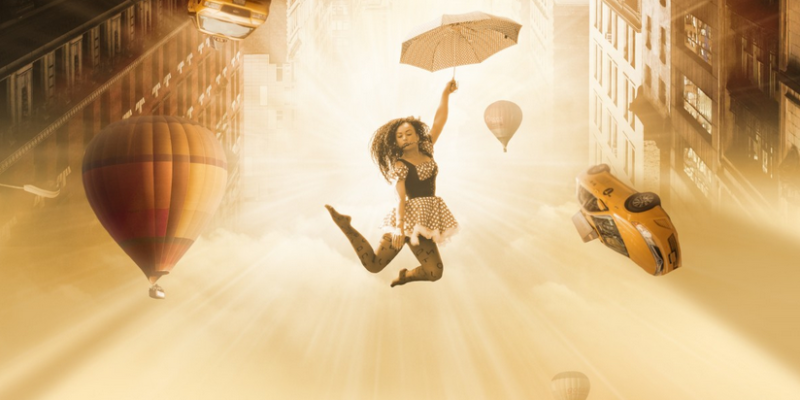 Normally at the approach of the winter solstice I would write about the darkening days and subsequent return of the light, but this year, when the days are already too dark, it seems redundant to write about such a thing—although the seasonal pull inward is still significant, maybe even more so than it usually is. The winter solstice is the season of essences, when (in the Northern Hemisphere) the bones of nature are revealed—trees lose their leaves and reveal their branches, birds and other beings scramble for food, the ground freezes, and the days are impossibly short. As the sunlight fades, cultures all over the world bring the light inside—Christmas trees symbolize that ritual, as do all the solstitial holidays. The essence of the winter solstice is hope—something that is always necessary any time of the year. But this year, hope is especially important because it supports mental health, individual and collective, while it simultaneously lifts the soul and renews the spirit.

2020 has been an important astrological year because it contains the end of three significant planetary cycles as well as their renewal:

1. The most important influence was a conjunction of Saturn and Pluto in Capricorn on January 12. This conjunction occurs approximately every thirty-eight years, albeit in different Signs, and looking back on previous cycles—1914-15, 1947, and 1982—it’s possible to identify a pattern of war: World War I, World War II (which some would argue continued on from WWI), and the Cold War, which began with the 1947 conjunction and intensified with the next conjunction in 1982 (although I prefer to see that 1982 conjunction as the beginning of the War on the Poor—between Reagan and Thatcher, the poor didn’t stand a chance). The 2020 conjunction intensified the deadly effects of poverty—the degradation of the poor was certainly revealed this year—but we are only at the beginning of figuring out the full effects of this year’s Saturn/Pluto conjunction. As someone on the Internet said, “the wisdom of the saying ‘hindsight is 2020’ was written by a time traveler who is clearly sending us a message.” What’s more, because 2020 is a year of other potent conjunctions, the pattern of the last hundred years of Saturn/Pluto conjunctions may evolve away from violence—but we can only hope that’s true. (History buffs reading this column: if you notice other patterns, please let me know.)

Both of these cycles ocurred in Capricorn, and because Pluto always surfaces what needs to be transformed (and by transformed I mean let go of), we’ve had to take a long, hard look at the systems that no longer serve—some of which never truly served.  Capricorn signifies all varieties of authority, and that includes governments, corporations, and other organizations that structure society. Pluto quite clearly revealed Capricornian flaws, so much so that what had previously held certain patterns together could no longer be maintained despite an ossified resistance to change, as exemplified by Mitch McConnell’s refusal to help those in need. In so many ways, the war on the poor is undeniable in 2020. Jupiter’s expansive presence also revealed other glaring and often egregious disparities between a government and its people.

3. The beginning of a third planetary cycle occurs on the winter solstice, when Jupiter and Saturn form a rare conjunction in Aquarius. While Jupiter/Saturn conjunctions occur every twenty years, this conjunction is significant because it occurs in a new element. For the last two hundred years (a brief diversion to Libra in 1981 aside), we’ve been in a cycle of conjunctions every twenty years in the element of Earth. The next conjunction on December 21 shifts the focus away from the pragmatic essence of Earth and toward the ideas-oriented element of Air. It’s the beginning of a new Mutation cycle.

Correction:  Last week I erroneously named the conjunction that happens on the winter solstice the start of a new Great Mutation cycle. I was wrong—and there seems to be a great deal of confusion about what the difference is a between a Mutation cycle that happens every two hundred years and a Great Mutation cycle that occurs every eight hundred years. I am still in the process of being able to clearly delineate one from the other and as soon as I can do that with confidence, I will post it here. But despite that confusion, the Jupiter/Saturn conjunction on December 21, 2020 still signals the end of two hundred years of conjunctions in the element of Earth and the beginning of two hundred years of conjunctions in the element of Air. All that I wrote last week about the characteristics of those elements stands.

As we move toward the final two weeks of 2020, it’s important to acknowledge the depth of change that has taken place this year and to allow that depth perception to take hold and facilitate the understanding that whatever our brave new world might be, it will never be as it was before. While the chaos of a world turned upside down and inside out is hard to bear, we are making it through, and with a little help from our friends—visible and invisible—we will continue to make the necessary adjustments. So whether you celebrate the new year on the winter solstice or on January 1, 2021—or both—contemplate what you want to create going forward.

As always, do your best to be kind to others who are likely to be less skilled at managing transformative times. Despite all the chaos of the holidays, this is still the time of year when we celebrate and participate in goodwill toward all sentient beings.

Aries March 21-April 19
Although this has been a year of nonstop shifts, for you it’s also been a year of personal growth. So no matter how difficult it’s been, focus on what you’ve learned because going forward you’re going to rely on those lessons, and they will serve you well.

Taurus April 20-May 20
You’re moving into an entirely new frame of reference despite certain issues that seem to persist no matter what you do. Instead of focusing on what isn’t working, concentrate your awareness on what is working because staying present for the positive will only increase positive effects.

Gemini May 21-June 21
Be true to what brings you joy and allow that fidelity to inspire your passion for what matters most to you. Staying enthusiastic about what you love isn’t a cure for the difficulties you’ve been dealing with, but allowing the vulnerability of enthusiasm will make it easier to move forward with renewed determination.

Cancer June 22-July 22
While it has been difficult, you’ve been in a relationship intensive that has required you to grow into a new wisdom about what matters most in relating to significant others, personal or professional or both. So take a deep breath, roll up your sleeves, and take the time to integrate your new view into action.

Leo July 23-August 22
It’s been tough going and you’re definitely ready for and in need of a shift in perspective. The good news is that it’s on the way, but you have to show up for it by shifting your attitude and resisting negative thinking. Accentuating the positive may be a cliché, but it works wonders to dispel negative thoughts.

Virgo August 23-September 22
As the year comes to a close, contemplate just how much you’ve been affected by all that’s happened and what you’ve learned about yourself and about the world. As you do, also notice what you’ve let go of and what you’re keeping—you’ll be pleasantly surprised by some of your choices.

Libra September 23-October 22
Expect to feel a change of air in the coming weeks and anticipate that breathing it in is going to help you move forward with renewed vigor. The wheel of your life is spinning in a new direction, one that offers you opportunities to express your creativity unencumbered by your inner judge and leaves you free to be spontaneous.

Scorpio October 23-November 21
There’s no need to rush into anything new, so be sure to take your time and consider the big picture before you make decisions you might later regret. I’m not suggesting there’s any trouble ahead; I’m simply advising you to reflect on all you’ve been through and how you want to integrate those experiences.

Sagittarius November 22-December 21
You’re attempting to balance emotional vulnerability with a desire to hold onto an objective approach to the reality of your situation. Creating this equilibrium is going to require determination, but you can do it without losing your innate optimistic view of the world.

Capricorn December 22-January 19
It might be wise to contemplate your personal history to see if you can identify any patterns you would like to enhance or others you might want to avoid. We all make mistakes and learning from those experiences is important; the lessons we glean from the past become our wisdom going forward.

Aquarius January 20-February 18
Hold onto your sense of humor—there’s nothing like laughter to heal the heart and lighten the load of the soul. While there are instances of suffering, yours or others’, you would do well not to let those circumstances wear you down. You’ll be better able to help those you love when you can love with a lighter heart.

Pisces February 19-March 20
You’re searching for an inner balance that allows you to find an external one, and while it’s a noble quest, it’s not necessarily one you can accomplish quickly. The good news is that no matter how busy the external world might be, you can concentrate on establishing a peaceful internal environment that will lead to external calm.