The new Jung Society of Utah invites all to learn about Carl Jung—and themselves. 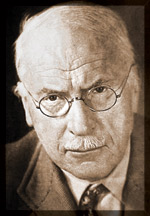 On a recent Thursday evening, the conference room on the fourth floor of the main library downtown spilled over with people. The room buzzed with quiet, polite conversation. Well-dressed older couples and bright-looking students found seats in chairs or on the floor. The room quickly hushed as a man dressed in black stepped to the front podium and pointed to the word projected onto the screen behind him: “Individuation.” Tonight, we would learn about individuation, one of the most important concepts in Jungian theory, encompassing dozens of other crucial ideas, such as the archetypes, the shadow, and the anima and animus.

On a recent Thursday evening, the conference room on the fourth floor of the main library downtown spilled over with people. The room buzzed with quiet, polite conversation. Well-dressed older couples and bright-looking students found seats in chairs or on the floor. The room quickly hushed as a man dressed in black stepped to the front podium and pointed to the word projected onto the screen behind him: “Individuation.” Tonight, we would learn about individuation, one of the most important concepts in Jungian theory, encompassing dozens of other crucial ideas, such as the archetypes, the shadow, and the anima and animus.

Welcome to the third meeting of Utah’s Jung Society, a group that explores the concepts developed by the late Swiss psychologist Carl Jung. The emergence of this group could not have been better timed. Jung’s name is now poised to reclaim international attention with the publication of “The Red Book”—a valuable addition to Jung’s work that, until this October, had been kept in a Swiss bank vault, hidden from the public eye. It almost seems that the hubbub surrounding the book’s unearthing has stirred Jung’s spirit; it was Jung, after all, who ordered the creation of the society in Utah through a dream.

Machiel Klerk, founding president of the Jung Society of Utah and recipient of the dream, recalls that it began somewhere in the sky. Hovering over the house of Carl Jung on Lake Zurich, Klerk peered down and saw an elder Jung. The man was employed in constructing a concrete platform. The dream shifted. Jung sat in a chair and a voice spoke. “Now you have to draw this platform identical to how it was,” directed the voice. Klerk suddenly found himself with a pen in hand and, moving to draw a line, he began to recreate Jung’s project.

“There are different way of looking at the dream,” says Klerk, who has studied Jungian psychology and now uses dreamwork in his therapy practice in Salt Lake. “I felt it was an inner voice saying that I needed to build a figurative platform for Jungian psychology.” The dream thus became the necessary catalyst for the creation of Utah’s first Jung Society.

It is an apropos beginning to a group whose focus of interest centers around a man whose method of psychoanalysis often includes dreamwork. Jung, born in Switzerland in 1875, was a student and colleague of Sigmund Freud. As Jung further developed his own theories he grew more and more distant from Freud, eventually splitting with him entirely.

Dreams held great significance in Jung’s work. He understood them to be an important key by which to access feelings and desires perhaps hidden in the subconscious. But analysis of dreams was only one of many methods Jung used to help his patients discover their true potential.

“People are often familiar with his theories,” says Klerk. “Though people may not recognize the name Carl Jung, they are familiar with Alcoholics Anonymous and the Myers-Briggs personality test. These both draw heavily from Jung’s methods of analysis.”

Klerk himself did not come across Jung and his teachings until after he had graduated from college, when he found himself living life without a clear sense of direction or purpose. By chance, Klerk came across one of Jung’s early books, “Man and His Symbols.” He was hooked. “It gave me an idea of how to recognize and fulfill my potential,” Klerk explains. “I began listening to my dreams and my intuition. By listening to these parts of myself I was able to finally align myself with the desires of my own psyche.”

For Klerk, this newfound motivation led him to create a business which he ran successfully for years before leaving it to pursue more a adventurous life traveling through Asia. Eventually, Klerk found his way to Salt Lake, where he worked as a therapist in clinics before opening his private practice.

When the idea came to start a Jung society, Klerk sought out likely partners with which to build his platform. He quickly found four others from diverse professional backgrounds, all interested in bringing the concepts of Jungian psychology to the larger Salt Lake community. The Jung Society of Utah hosted its first meeting last September—a lecture on “The Red Book.”

The platform, as Klerk explains it, is not a place to talk about subjects exclusively related to Jung, but is more broadly a “safe place where people can enjoy the company of other creative and inquisitive people in the community.” Although each gathering begins with an hour-long lecture often relating to Jungian concepts, the meeting continues long after the lecture ends as attendees mingle, drink tea and share thoughts. Often an artist has been invited to display work, adding further food for thought. As Klerk puts it, “People come to the gatherings wanting to connect on a deeper level than your normal daily interactions.”

Salt Lake must be brimming with such people. Each successive meeting sees growth in attendance. It is an affirming sight for Machiel Klerk, and speaks well of our city, a place where people want to engage each other and learn from one of the masters of psychology the steps towards a fulfilling life.

Katherine Pioli is a staff writer for CATALYST, except in the summer when she is a forest firefighter in Wyoming.

Jung Society meetings are held every first Thursday of the month at the downtown public library, fourth floor. All lectures are free and open to the public, although financial contribution through membership is encouraged to help cover the cost of events.

The next Jung Society of Utah event is Dec. 3. Psychotherapist Lynda Steele of the Center for Transpersonal Therapy and Project Recovery will speak. Topic: “Addiction: A Spiritual Journey.” 6:30-9pm. Also: paintings by John O’Connell, poetry by Adam Love. Representatives from area addiction clinics available for Q&A.

This article was originally published on November 30, 2009.