When old age, a stroke and an accident resulting in two broken femurs left Cindy Turnquist’s father-in-law unable to complete even modest personal tasks, Turnquist and her family made the decision that many American families end up making, to re-situate their aging loved one in a care facility where, they expected, trained staff would be able to give necessary and immediate attention, medical and otherwise. But while housed at the facility, Turnquist’s father-in-law suffered a second stroke, one the family believed went unnoticed for some time by the over burdened staff, and they decided a facility was not the best option.

“We felt he wasn’t long for this world,” recalls Turnquist, and so the family brought their aging patriarch home. For two and a half years, Turnquist was a full time caregiver. It was a difficult job. Two aides helped her periodically, but most tasks fell to her. With her father-in-law confined to a wheelchair, movement was especially difficult. Turnquist was unable to lift her father-in-law without assistance. The bedrooms, bathrooms, even doorways had to be altered to accommodate the chair. The day her father-in-law passed, recalls Turnquist, she stood at the door of her house watching as his body was taken away, feeling there had to be a better way to age with dignity at home. Finding such a path became her goal and today Cindy Turnquist is the founder of SageHill Cohousing, Utah’s first professional cohousing firm specializing in communities for seniors. 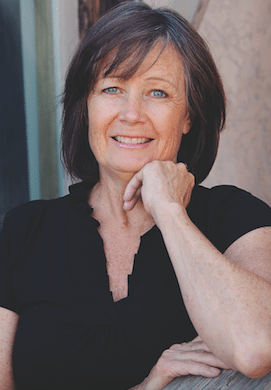 “It’s a tough job,” says Turnquist, reflecting on her time as caregiver, “and there’s lots of people my age who are doing it.”

Realizing that families and individuals of aging relatives deserved better options than she had, Turnquist went back to school. In 2011, she completed degrees in Architecture Technology and Construction Management with an emphasis on green building and universal design, a concept that addresses the difficulties she’d experienced as a caregiver related to the daily navigation of space.

Universal design taught Turnquist that spaces could be developed from the start to accommodate all kinds of users – for example, kitchen counters built at multiple and varying levels useful to all postures, heights and abilities.

When Turnquist learned about the cohousing model—intentional communities built with both private homes and shared spaces and whose members typically share a common ideal or community goal—she realized that a senior-focused cohousing community built with universal design concepts could fill a growing need in Utah.

Elder cohousing, Turnquist explains, often attracts those in early retirement, people who are still physically active and wish to engage with their communities, but who are also thinking ahead to the day when their lives and needs may change drastically. At that point, a senior cohousing community would already be designed to meet those changing needs without requiring people to be extracted from their community or give up their sense of independence. And while each community is unique, its “design” from the private and public spaces down to community meals and meetings, there is one important similarity found across most senior cohousing models: control over health care.

“The possibilities are really limitless and depend on the desires of the community,” says Turnquist. “A cohousing community could hire a fulltime nurse to be on staff for the entire community, or there could be a caregiver suite in each common house for personal live-in aides. There could be an arrangement with an in-home care company, and I’ve seen how nice it is for an employee to come into a community and visit 15 people and get to know them.”

According to Turnquist, of the over 140 active cohousing communities in United States only eight are senior focused—a trend, she says, that is about to change.

Senior cohousing, of course, won’t be an attractive proposition for everyone. “My own stepfather,” acknowledges Turnquist, “would much rather go into an assisted living center. His idea of a comfortable place is one where he knows his meal will be served exactly at 8 a.m. and his pills will be ready at 10. But retirement into cohousing is something that many in the baby boomer generation are looking for. They want alternative ways to age, not in the kind of places they put their parents. We are a generation that wants more control.”

Two SageHill cohousing projects in the Salt Lake area are currently in the developing stages, a LGBTQ-focused community and an artists community. An “Out and Visible” survey recently conducted by SageHill showed that “many older LGBTQs go back into the closet for fear of discrimination in healthcare and senior facilities.” The hope for such a cohousing community, which is currently in very early stages of creation and still seeking interested members, is to help LGBTQ seniors, many of whom may not have children to depend on, create a safe space where they can support each other as they age.

The plans for the artists cohousing village, which will be comprised of 25-30 privately owned homes; public and private studio spaces; and rehearsal, performance and exhibition spaces are a combined effort between SageHill and EngAGE, a statewide network of artists, teachers and health care providers. While this community is still looking for members, the core group has already begun to look at potential building sites, including the old Granite High School property, which has seen a number of failed renovation proposals over the years since the school’s closure.

Though both communities are still very much in the early foundational stages, Cindy Turnquist believes that this is the most exciting time to jump in. Those who join now, explains Turnquist, will not only enjoy the benefits of such a tightknit community, they will be the ones who create what eventually transpires there, becoming the designers of their own life experience.

Cindy Turnquist can be contacted at cindy@sagehillcohousing.com.

Cohousing Conference in SLC May 20-21

Interested in the SageHill communities but want to understand more about the cohousing model first? You’re in luck. The Cohousing Association of the United States is having their annual conference in Salt Lake City this May. And this year’s conference, Aging Better Together: The Power of Community, will focus on creating senior-friendly cohousing.

Attend workshops, panel discussions and 30 breakout groups all focused on the cohousing experience and how to design the communities you want. Conference keynote Richard Leider, chief curator of content for AARP’s Life Reimagined Institute, will deliver a message from his new book, The Power of Purpose: how finding purpose in life can benefit our health, happiness and longevity. Other workshops include: Conscious aging, personal wholeness and community; Beyond cohousing: the ripple effect; and,The Arc of Life: the John Clark Story, about impacts that community and cohousing can have on the process of aging through the story of one man who joined a successful cohousing community in South Africa at the age of 70 and left seven years later over an end-of life controversy.

Aging Better Together: The Power of Community