Aftermath of Withdrawl: Why Believe in Bush? 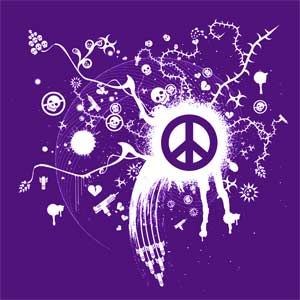 President Bush and his administration have no strategy to get us out of Iraq short of the "victory" imagined by his delusional vice president, Dick Cheney. Instead we get a "surge," similar to accelerating when you realize the car is headed over the cliff. Bush and his supporters scold war critics who suggest withdrawal, claiming that a sudden exit would lead to a bloodbath of civil warfare and ethnic cleansing, as if that is not what is already going on. Even those who oppose the war outright concede that the bloodbath scenario accompanied by a wider regional war once we leave is easy to imagine, especially in the absence of any coherent strategy to bring Iraq's neighbors into a peace process.

But what if the bleak picture that the Bush team paints of a post-withdrawal Iraq is as off the mark as all those rosy assessments of what the war would accomplish – a vibrant Iraqi democracy shining as a beacon of enlightenment across the troubled Middle East?

While the rest of us watch in horror as the worst foreign policy disaster in American history relentlessly unfolds with no end in sight, Bush supporters talk of finishing the job and even winning. Their capacity for self-serving denial is bottomless.

So why should we believe the administration when they tell us now that if we withdraw our troops soon, the civil war and ethnic cleansing that we see today will get much worse and that the chaos will turn into regional or even world war? Admittedly, it is easy to imagine the actual bloodbath we see in Iraq getting worse, just as it was easy to imagine those weapons of mass destruction, the terrorist links, or the liberated Iraqis throwing roses at our troops. But is also easy to imagine other more hopeful scenarios that the Bush administration does not mention.

I imagine that Iran, Syria and Jordan do not want even more refugees pouring across their borders to escape civil war, perhaps millions of people needing care who will destabilize their societies and drain their treasuries. I imagine that once we are gone, neighboring nations will have enormous incentives to promote a settlement of the civil conflicts that now rage unabated in Iraq because it would be in their self-interest to do so.

I imagine that Saudi Arabia, Iran, and Islamic leaders across the planet cringe at the notion of the equivalent of a world war between Shiites and Sunnis spreading across the Middle East and that they will try everything they can to prevent that from happening.

I imagine that Iraqi nationalists, whether Sunni, Shia, or Kurdish, would have little tolerance for armed foreign militants in their communities once the invasion is over and those "jihadis" are no longer useful to the insurgency.

I cannot imagine that that the civil war in Iraq will end as long as U.S. troops are on the ground. While we are in Iraq and building enormous permanent bases to stay there, it is not in the interest of Iraqi nationalists or neighboring countries to see us succeed. I cannot imagine they are willing to surrender to us the oil that is their only trump card in the game of international trade and politics.

And I cannot imagine that after being so consistently, completely, fundamentally, and tragically wrong about the war over and over again, that the Bush administration and its supporters finally got it right.

I remember during the Vietnam War we were told repeatedly that if South Vietnam fell to the Communists, Red China would dominate Vietnam and push on to conquer Thailand, Malaysia, Indonesia, and the world. Instead, not long after South Vietnam fell to the communists, a united Vietnam went to war with China. The war's supporters in the United States relentlessly used the so-called "domino theory" to keep it going and to scare us from supporting withdrawal then, just as the "bloodbath" theory is used today to scare us into staying in Iraq. It may be just as wrong.

Fortunately for him, Bush and his supporters get an exemption from the standard of credibility that we apply to everyone else. As we live our lives from day to day, we trust or mistrust others on the basis of our experience with them. So, for example, if a car mechanic rips you off, you find another mechanic. If your broker loses your money, you get another broker. If your doctor misdiagnoses your ailment, you change doctors or at least get a second opinion the next time around. So why do so many Americans tolerate from President Bush a level of misdiagnosis, incompetence and failure that they would never tolerate from, say, their household plumber? Why believe a word he says?

The time has come to hold the war's hawks to the same standard of credibility any of us would insist on for the guy that fixes the roof or sells us life insurance, and it is time to do what we would do if we were cheated and lied to by anyone else in our day-to-day lives. We would dismiss them outright, turn our backs on them, walk away, scoff at their advice, tell them off, fire them, sue them, or even call the police and bring charges against them. We can debate whether impeachment is the right course or not, but this is much is clear: We should never believe them again, ever.

Chip Ward recently retired as the assistant director of the Salt Lake City Public Library System to devote more time to political activism and writing. His books, "Canaries on the Rim: Living Downwind in the West" and "Hope's Horizon: Three Visions for Healing the American Land," encourage us to embrace our roles as citizens and to act now to restore a democratic culture to America.