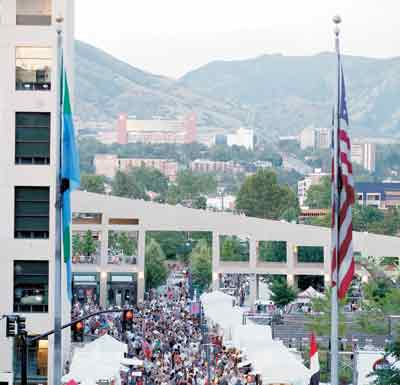 Crusing the Alaskan waters with The Nation Magazine.
by Mary Dickson 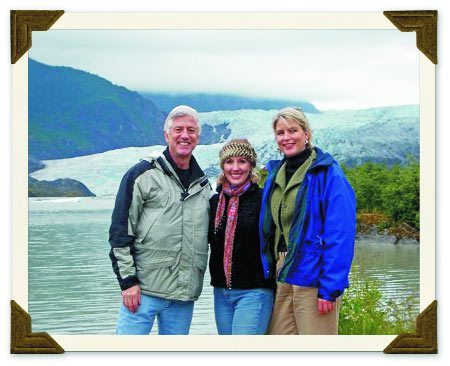 You would think he was a rock star the way passengers on the Nation Magazine 2007 Alaskan cruise hounded Mayor Rocky Anderson wanting to know if he was running for president. They clamored to sit at his dinner table. They stopped him fore and aft for his opinion on everything from global warming to Mitt Romney. They jumped to their feet and cheered wildly when he carefully laid out the case for impeaching Bush and Cheney. Ashore in Juneau, townspeople who turned out despite the rain did the same thing when he and Ralph Nader spoke against the Iraq war at a rally organized by Veterans for Peace. Rocky was the people's hero, just as The Nation magazine said in last year's flattering cover story.

Many of the 457 Nation subscribers and donors aboard the Holland America Oosterdam had read the magazine's article about him or heard one of his many speeches. After a standing-room-only presentation on impeachment, he was swarmed by cruisers wanting copies of his Power Point. Several begged him to make the case to their congressional representatives. Salt Lake's mayor, who had clearly done his homework for each session, is deeply admired in this crowd. "How did he get elected in Salt Lake?" was a refrain I head over and over.

Rocky shone among the impressive roster of speakers on the week-long floating seminar that took like-minded progressives along Alaska's scenic Inner Passage. The charming Nation publisher Victor Navasky joked in opening remarks, "The boat is rocking and it's definitely leaning left." Other panelists included Nation editor Katrina vanden Heuvel, who is as is as gracious as she is brilliant in defending liberal democracy; and the wry and knowledgeable Hamilton Fish, president of the Nation Institute.

Also on the lineup was Robert Scheer, the crusty and outspoken columnist, radio commentator and founder of truthdig.com (his column appears weekly in The Enterprise, a SLC business paper); Gary Younge, the witty and insightful columnist from London's Guardian newspaper; and Mary Mapes, the lively CBS producer who broke the Abu Ghraib story, but lost her job over the Dan Rather investigation of Bush's military service.

Then came the headliners – "Public Citizen Number One" Ralph Nader whom many passengers – still blaming him for spoiling the 2000 election – joked about throwing overboard. Some thought it kinder simply to neglect telling him about the mandatory lifeboat drill. Activist actor Richard Dreyfuss, who moderators had a hard time keeping to time limits, championed civics education as means of keeping democracy strong at home.

The Nation-whose online tag is "We're like Fox News, only smart, and not crazy, and we don't lie"- worked panelists hard in exchange for their expense-paid cruise. In addition to his impeachment speech, Rocky was on panels addressing "The New Supreme Court," "Religion, Spirituality and Politics," "Election 2008" and "The Challenges of Climate Change." Scheer, who was on five panels and featured in a heated conversation on politics and power with Ralph Nader, lamented, "You can't take a piss without someone asking what you think about single payer health care."

From the dais, the truth-tellers blasted a "lawless, defiant administration" and the overreaching power of "corporate conquistadores" who "have no interest in the country other than abandoning or controlling it." They bemoaned exploited workers "ruled by executives making all the money" and minorities and the poor being forced to "fight our invisible wars." They railed against Karl Rove's "massive political experiment" that has crippled democracy; and a Supreme Court that "gives the imperial president a blank check." They condemned the marginalization of moderates in the Republican Party and a Democratic party that "provides neither an alternative nor leadership."

While the subject was not officially on the agenda, Robert Scheer and others called for the end of the current illegal and costly war. "It's ridiculous to say we can't get out of Iraq," Scheer said. "How do we get out? The same way we got in-on an airplane. The withdrawal from Iraq is the best thing we can do for peace." In his view, we have spent billions of dollars "to counter three dollar box cutters and razors."

They accused the media of failing miserably in its role to inform the public. "It's all KRAP TV now – 11 crimes at 11," journalist Mary Mapes lamented. "Our job should be to find out all we can and tell it immediately." But the media, she says, fails to ask the hard questions and demand answers. "No one is held accountable anymore," she said. Richard Dreyfuss called television "the crack cocaine of American culture. It makes big things small and small things big." For environmental writer Mark Heertsgaard, asking journalists to seek out another viewpoint on global warming is "like getting another viewpoint on gravity." Scheer, who was at a shipboard reading of my play "Exposed" about downwinders, cited it as an example of how "truth will always be destroyed" in the name of national security. "We still don't get the truth about downwinders or nuclear testing," he said.

What we need, Nader and others insisted, is a new movement among the people that includes campaign finance and healthcare reform, demands radical action against global warming, and pushes for impeachment as a patriotic Constitutional duty. Nader criticized Democrats for saying before the 2002 election that impeachment was off the table-a political decision giving Cheney, Bush and every administration that follows carte blanche.

An overriding conclusion was that Congress won't act and that if the public does not act, we all become complicit. "Politicians will always wait to see which way the wind is blowing," Rocky noted. "Once these people are elected, we are responsible for changing the direction of the wind."

The Lighter Side of Cruising 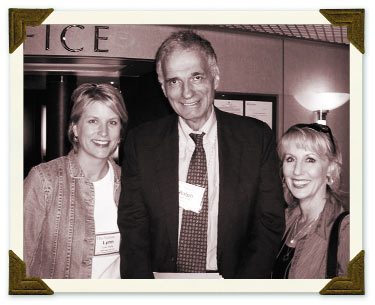 Even though passengers engaged in thoughtful discussion around the important- often depressing- issues of the day, they also brought with them an indomitable sense of humor. A well-pedigreed New Yorker joked that the ship behind ours toting right-wing National Review readers could open fire any minute. He told about the woman on a previous Review cruise who stabbed her husband with a pair of scissors for saying, "William Buckley isn't always right."

Our journey had its moments of true absurdity. Take the squat little man we called Che Bob, who wore Che Guevara T-shirts, a red beret and sandals that revealed green-painted toenails. (He averred, "I like to gender bend now and then.") When we declined an invitation for Karl Marx Merlot and ripened brie in Che Bob's cabin, he brought his cocktail hour to Rocky's impeachment speech-decked out in a tuxedo, top hat and red cummerbund to toast Marx before passing out paper cups of his sacramental wine. We'd been Bobbed.

He wasn't the only one whose name became a verb. An impassioned discussion of the Israeli/Palestinian question at one dinner ended with an elderly purple-haired woman screaming obscenities at her seatmates. They'd been Charlotted.

Lingering stereotypes of Utahns plagued us. A few passengers who had watched too many episodes of "Big Love" wondered if "The Rockettes," as the Guardian's Gary Younge affectionately dubbed me and my friend Lynn, were the mayor's polygamous wives. When the two of us and speaker Mary Mapes- all blonde- showed up with Rocky for dinner in matching black and white, the sister wives theory began to stick.

On the last night, when the ship's staff turned off the lights and brandished platters of Baked Alaska with sparklers as a Sousa march blared, a fidgety woman at Nation President Theresa Stack's table panicked, thinking terrorists were attacking the ship.

She wasn't the only one who panicked. At the end of a session on global warming, a distraught man in the audience jumped up screaming, "We're not going to make it!!!!" Armageddon Boy became another one for the list of cruisers to avoid as did the self-described "militant atheist" who asked me to give Rocky a magazine on atheism. Another proselytizer cornered Rocky to tell him "an agnostic is just someone too cowardly to admit there isn't a god."

Celebrity encounters provided more material for my cruise journal. On a dare from my friend Lynn, I asked Richard Dreyfuss not about his educational initiatives, but what it was like to act opposite a mechanical shark. "The thing was always breaking down," he said. "It was like, 'Shark Down, Shark Down.'"

I'll tell you this next bit, but you have to swear to keep it on the down low. Nader may be one of our generation's most brilliant minds, but socially he's a bit awkward. While others headed to the Crow's Nest for late night conversation and cocktails, he opted for the ship's library. When I sat next to him at dinner one night and coughed, he banished me to the other side of the table. "I take my health seriously," he explained.

Someone who saw Rocky having dinner with Nader speculated that Nader was asking Rocky to be his running mate. He wasn't, but that's how rumors get started.

It became evident on the cruise that  Nation readers cover the entire liberal spectrum, both politically and socially -from rumor mongers and committed atheists to Buddhists, mild-mannered Mormons, and the woman in a 34-year common-law marriage who insisted anyone over 110 pounds is overweight. What unites these diverse progressives, however, is a passionate concern about peace, human rights, equality, education and the environment-notions not so long ago considered, in some circles, radical and unpatriotic.

Mary Dickson is creative director for KUED-TV and a freelance writer whose play, "Exposed," premieres next month with Plan B Theatre.