A win for pollinators 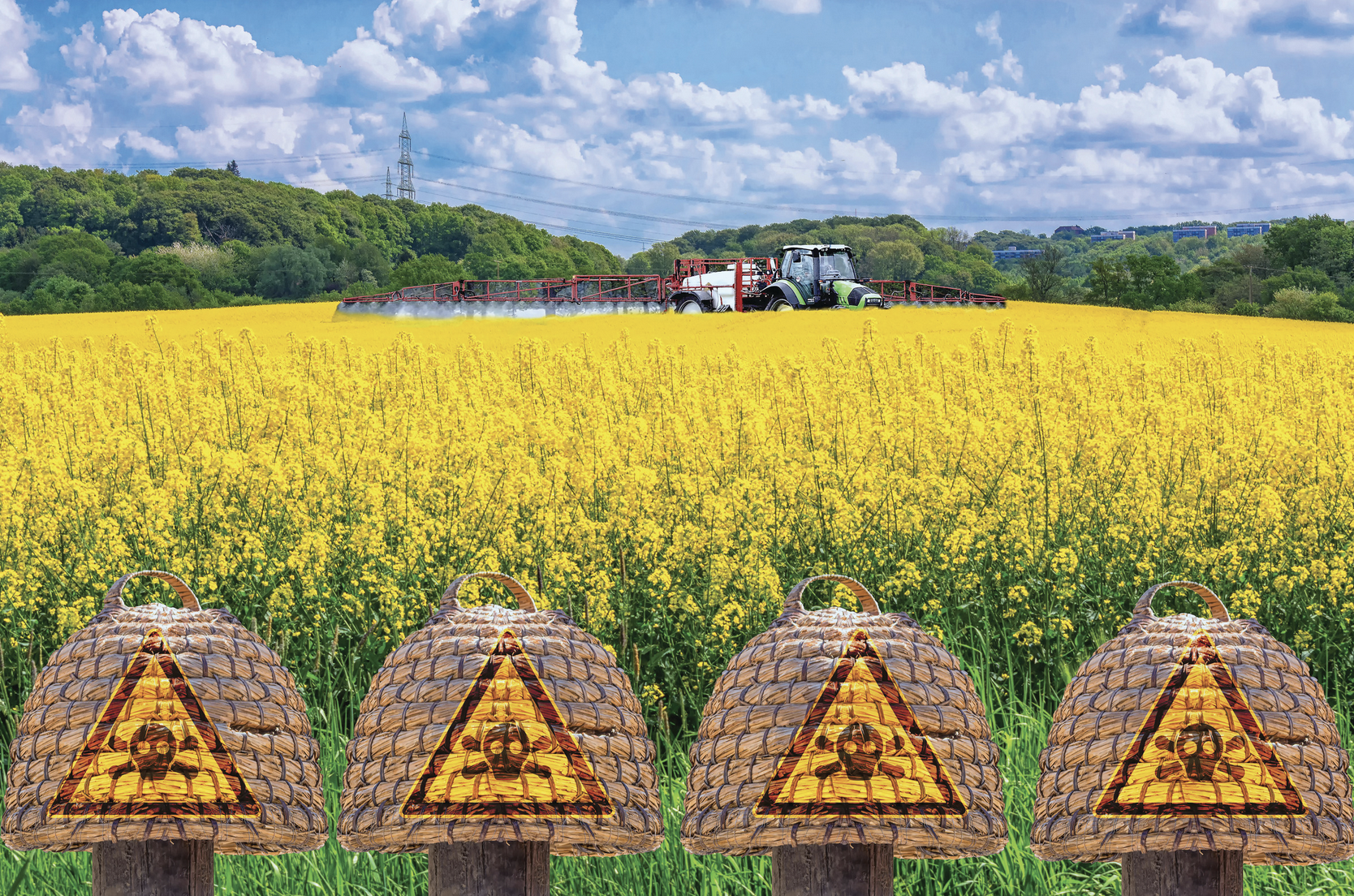 In their nearly 30 years of existence, neonicotinoids have become the most widely used insecticide in the world, with registration in 120 countries. When first developed, neonics were touted as a safer alternative to other insecticides. Bayer, the chemical company that developed these pesticides, claimed that the new neurotoxin attacked only the central nervous system of insects and was much less toxic to birds, mammals and other vertebrates. Today there is mounting evidence against those claims.

For a long time, now, it has been widely understood that neonicotinoids are affecting pollinating insects. By 2006, neonicotinoid pesticides were considered to be one factor  contributing to Colony Collapse Disorder, killing honey bees and other beneficial pollinators along with the insect pests. More recently, however, we have begun to see that the effect of neonics is going far beyond bees.

The chemical is applied to seeds, which, when planted, disperses the chemical some distance into the soil, killing weeds but also contaminating the soil, water and wildflowers. The chemical has a half-life of almost three years. As a systemic, it is absorbed by all parts of the plant, including the pollen, and cannot be washed off.

Neonicotinoids are now being found in wild birds of prey, fish, lizards, frogs and even rodents—the latter of interest because neonics were thought to have particularly low toxicity in mammals. This exposure has consequences. A 2017 study showed that feeding imidacloprid, the most commonly used neonicotinoid, to white-crowned sparrows caused them to lose up to a quarter of their body mass. A study by wildlife ecologists at South Dakota State University found deer that consumed water spiked with imidacloprid had pronounced deformities including overbites and enlarged heart ventricles — changes that scientists are also seeing in wild populations and are largely attributing to exposure to neonicotinoids.

Neonicotinoids are turning up in human food. A 2018 review in Environmental Science and Toxicity found that more than half of the fruits and vegetables served in the U.S. Congress’s cafeteria were contaminated with  neonicotinoids.

Trying to get neonics out of our agricultural system is an ongoing battle. A few years ago, Maryland became the first state in the country to pass a bill to eliminate consumer use of neonicotinoids. Connecticut has a similar restriction, as do Minnesota and Vermont. Many other states (and individual cities, including Minneapolis, Eugene and Boulder, Colorado), have taken steps to restrict systemic insecticides.

Ace Hardware Corporation has been eliminating neonicotinoids from its gardening merchandise over several years. According to the company, over 95% of their insecticide product offerings  are neonicotinoid-free and over 97% of the company’s distribution center insecticide sales are from neonicotinoid-free products. Home Depot has also been eliminating neonics from its plants and products, with only 2% remaining. Those plants are labeled. Costco is phasing out the use of neonicotinoids and the toxic pesticide chlorpyrifos in the fruits and vegetables that it sells.

President Obama issued a moratorium on the use of neonics and GMOs at wildlife refuges in 2016. However, two years later, the Trump administration canceled the ban.

The Saving America’s Pollinators Act was introduced by Congressman Earl Blumenauer (D-OR) to the House in July 2013, and again in March 2015 and again in June 2017. The bill would require the Environmental Protection Agency to suspend the use of specific neonic insecticides until the agency could determine their effects on pollinators and it would require the Interior Department to monitor the health of native bee populations. The bill hasn’t gotten much further than being submitted to the Subcommittee on Biotechnology, Horticulture and Research.

However, a major victory occurred late last month (May 20, 2019) when the U.S. Environmental Protection Agency announced it would pull 12 neonicotinoid pesticides from the market—the result of a six-year effort by the Center for Food Safety (CFS) The nonprofit organization filed the lawsuit on behalf of conservationists and beekeepers. “The second half of the settlement will play out in coming years: EPA is required, for the first time, to analyze and address the impacts of the entire neonicotinoid pesticide class on endangered species under the federal Endangered Species Act,” says a spokesperson for CFS.

At the end of this year, the European Union will enforce a complete and permanent ban on the outdoor use of the three main neonicotinoids—imidacloprid, clothianidin and thiamethoxam. France will go one step further with a blanket ban on all five neonic pesticides. It will be the most comprehensive legislation restricting neonicotinoids in the world.

While these victories are great, in the opinion of one researcher, Christy Morrissey, an ecotoxicologist at the University of Saskatchewan, the problem is not as simple as banning one type of pesticide. According to Morrissey, we have simply become too complacent about using pesticides in general. It’s time to really look at solutions like regenerative agriculture for industrial farming and ditch pesticides altogether.

Katherine Pioli is the associate editor of CATALYST Magazine and an avid gardener. She teaches at City Art Academy.