A weekend with Dirtwire & Poranguí at Boulder Mountain Guest Ranch

Dust blows up from under my car as I make my way from the small, unsuspecting highway to an even smaller, less-suspecting dirt road to the Boulder Mountain Guest Ranch. The trip there was wilder than I thought it would be, and I barely managed to arrive on time. I’d be spending the next two days at and around this ranch, attending workshops with two artists, Dirtwire and Poranguí, learning more about the area, and finishing off with a concert by the above-mentioned musicians. First, we heard from one of the ranch owners, Ron Johnson, about the restoration and conservation efforts both completed and underway. 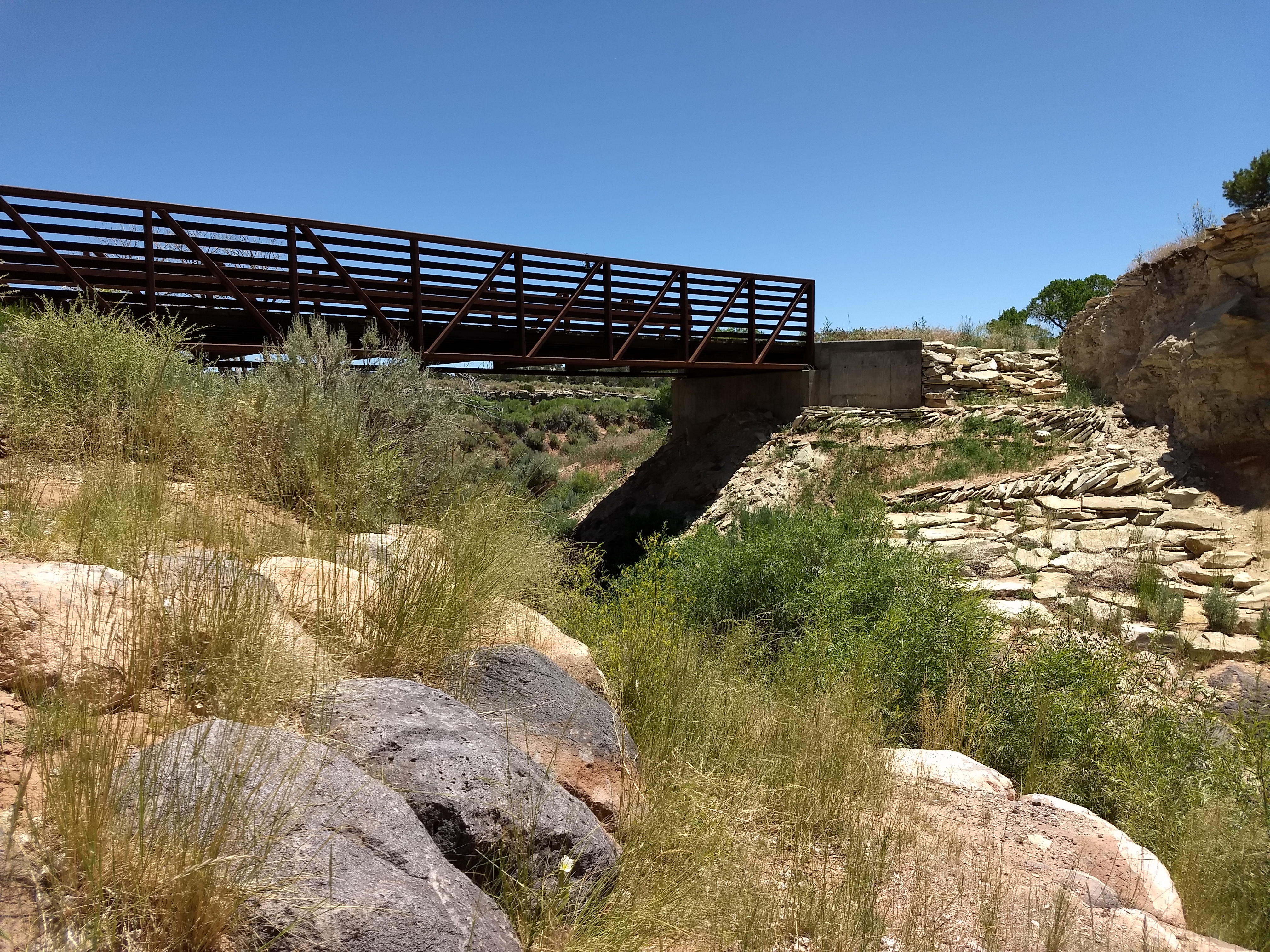 About a century and a half ago some Mormon settlers tried to farm this land. The area’s creeks were all linked  together into a ditch in an attempt to allow for flood irrigation. This scheme worked for a number of years. Then, one particularly bad year, the ditch collapsed. The sudden flow of huge amounts of water caused  immense damage to the area’s environment for years to come.

Restoring  a damaged ecosystem is a slow process that requires patience. A plant’s ability to grow depends on the previous efforts of many other plants. Johnson pointed out the huge differences between novice areas where the process is just starting and veteran areas that have been worked on for years. The place has shown that it’s possible for us to rebuild what we’ve previously destroyed. 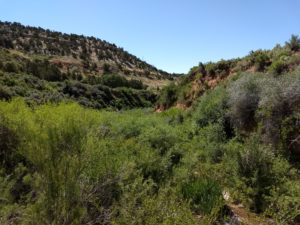 Though the old settlers’ water-working plans were shortsighted, there’s a group in the area whose plans are anything but: the beavers. The ever-industrious beavers have been a key factor in rebuilding the landscape. They have a wonderful sense of where water has to flow in order to make the landscape more livable for them and the rest of nature. They have an incredible work ethic, laboring from a young age to put together dams and works that will help the creeks flow as beneficially as they once had. Johnson estimates the beavers have provided a total of two and a half million dollars worth of restoration work since the beginning of the humans’ involvement with this project.

A change in rhythm

After our walk through the recovering wilds, a brief break to rest and rehydrate, and a quick jaw-harping session came a workshop from Poranguí Carvalho McGrew, known on the stage simply as Poranguí, that explored rhythm through one of the most diverse and readily available instruments out there: the human body. There’s a slew of strange percussive sounds that can be made just by extending the mouth in a certain way and using your hands, not even including the torso or the legs. And on top of all of this, there’s the fact that no two of these instruments are going to work the same way, well illustrated by the different techniques that have to be used to accomplish the same sound.

Poranguí pointed out some flaws with modern music that can affect our modes of thought. For instance, there’s a large avoidance of polytonal music, where multiple melodies are used simultaneously. Even when there are multiple parts, it’s almost always one is the melody, the lead; and the others are the harmonies, the followers. This leads to a very single-person mode of thought, a very importance-of-me viewpoint, whereas polytonal music can lead to an importance-of-us feeling. Another shortcoming is the reliance on four-based timing, which ignores so much diverse possibility in rhythm. We focused a lot on odd numbers: One, three, five, seven, and nine were the main building blocks we used to make rhythmic schemes. These helped us make a much more interesting rhythmscape, one where we could interact with each other much more easily.

Day two came about and we were with the group Dirtwire, recording and producing a song while they walked us through the process.. We took samples anywhere from people in the group playing traditional instruments to the re-tuned sound of somebody hitting a metal water bottle with a rock or a tree full of cicadas out in the wilds. I’m in there somewhere banging my chest with Poranguí. It was great to see yesterday’s workshop come into action in a very practical way. The end result would find its way into…

The Solar Saucer, a Burning Man-style scrap metal saucer with a DJ booth completely powered by solar panels,was propped up next to the entrance to what was to be our  tiny, one-night music festival. Poranguí started off the night with an hour and a half of near-constant exotic percussion-based dance, looping himself live to turn himself from one man to an entire soundscape of vibrant music. In between the main sets came some impressive fire dancing and hoop acrobatics. After that I found myself walking around the venue, until I heard something I found oddly familiar, and sure enough, there was the song that we had just made that day in our workshop. That moment really cemented the feeling that we had managed to really create something. It’s one thing to hear something like that for yourself, but to see a bunch of people who don’t know its backstory enjoying it inspires  much more of a feeling of pride. Afterward, on came Dirtwire and their many instruments. It would be a very lengthy thing to fully describe Dirtwire. Let’s just suffice it to say that my previous idea that dance/psychedelic and western Americana music couldn’t mix was proven completely wrong by the end of the night. After a workshop of things to really feel, they were truly something to hear, a high point to cap off the experience.

On the road again

I had some time to think about the weekend the next morning, enjoying a quick brunch while everyone was still sleeping in, recovering after a late night of entertainment. That weekend we had not only learned about the nature in the area and of unusual ways of musical thought, but got to apply them, an important and surprisingly neglected step, putting the musical concepts and the essence (captured by microphone) of the area into a single song. It was an experience that really kept building on itself, culminating in  the display of the finished product in front of joyous strangers. These feelings of satisfaction followed me as the dirt once more clouded around my car and I was once again on the road.

This article was originally published on July 16, 2019.