For the first time, on this busy Sundance day, I feel calm and at peace. I’m in a tree with a serene-looking panda, and another moment I’m underwater, watching a shark slowly swim by. The absence of fear for the shark I’m feeling (since I’m viewing 360° footage on a virtual reality headset) is met with curiosity: Why has this not been done before? Why, out of all the VR experiences I’ve seen, do so few have to do with nature and the animal kingdom?

Adrien Moisson and Raphael Auphy’s Wild Immersion VR experience aims to change that. Partnering with Lenovo, and endorsed by Jane Goodall, the two filmmakers created something with a deeper intent beyond a natural visual experience; to protect wildlife for generations. The immersive VR experience that exhibited at the Fly Lounge (powered by Airthereum) on Main Street Park City this Sundance, goes against the grain on many levels. Their idea is to finance real animal reserves with the help of setting up virtual ones in every major city.

Over the past year the 360° cameras were placed for seven days each in various locations, where Moisson aims to purchase as wildlife reserves. Moisson and his team of six produced 36 VR short movies and captured over 200 species in the current iteration of The Wild Immersion. With the most recent footage, this number will soon grow to 400 species. With these strategically placed cameras, and the absence of a cameraman, the animals became comfortable with the cameras in their habitats. The footage allows us to become a part of a world humans can’t experience in person. In short clips, the viewer gets to join the world of giraffes, elephants, sloths, pandas, sharks, fish, eels, sea turtles, leopards, lions, elephants and more. The effect is breathtaking. It feels like you, the viewer, might as well be one of the animals in the pack. 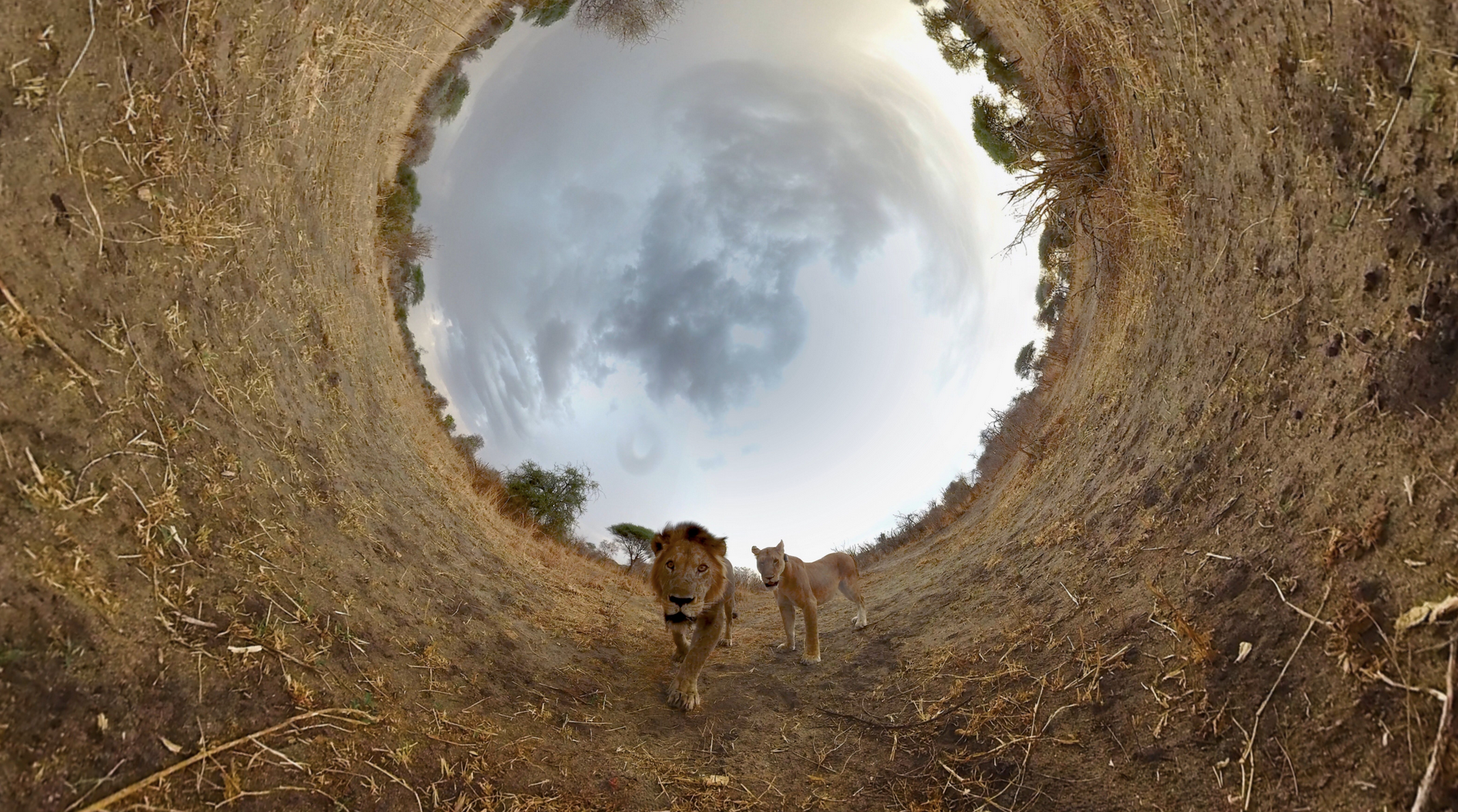 And yes, there were some mishaps with the wildlife taking control of the man-made instruments placed in their environment: Their first two shoots went awry when the lion ate their first camera, and the elephants stomped on their second camera. “It was not a good start,” says Moisson who sits with me in the VR experience room at the Fly Lounge, surrounded by half dozen action-packed extreme sports and violent VR experiences. As opposed to the violent and competition-oriented VR games on the rise, the intent of The Wild Immersion is to relax viewers in incredible wildlife settings from all over the world, from forests, deserts and the ocean.

His project aims to deepen our connection with ourselves and nature, and to expand our capacity for empathy and wonder. “We have a lot of tools now that can change the world. We have new technology, and we need to use all the human tools to make good things,” says Moisson, whose background is in veterinary, advertising, art, film and events. He did well for himself financially. However, “At one point I saw that I was making a bad impact on the planet. I was doing so much buzz for big brands and pushing people to over-consumption. I decided to stop everything and try to start a project that would have a good impact on the planet.”

In tandem with spreading more awareness, Wild Immersion’s larger goal is to fund the purchase of these wildlife reserves and protect the lands on which the footage was shot, leaving the natural areas safe for wildlife to flourish without the threat of human development. “Humanity is used to taking things from nature, and not giving anything back,” says Moisson. “We have some bad habits that we need to change.”

Essentially unprecedented by any other VR undertaking, this project handles the content production, the location management, as well as the distribution of the footage. This year’s goal is for The Wild Immersion project to fund five reserves, and to set up more “Immersive Corners” around the world where people can view the project with their Lenovo Mirage Solo headsets. Within the ticket price of various “Immersive Corners” already showing The Wild Immersion VR in 10 locations in France, Belgium, Switzerland, Belgium, Finland and the Netherlands, some of the funds go towards purchasing the nature reserves. While Wild Immersion already has plans to set up “Immersive Corners” in Austria, the UK, and China, Moisson is still looking for the funding and the right city in the U.S. to implement an “Immersive Corner” stateside. “Because if you don’t know, you don’t care,” says Moisson.

More info can be found at thewildimmersion.com

This article was originally published on February 13, 2019.