A collection of beauties: a morning show rehearsal with Municipal Ballet Company

The delightful spring sunshine streams into the windows of Millennium Dance Complex’s windows in Trolley Square, and the Municipal Ballet Company dancers are finishing their daily class, maneuvering through their final combinations with style and old-pro ease, when we all hear a SNAP.

“Well it doesn’t hurt yet. I do this all the time,” says the dancer who’s now on the ground.

“What?” another dancer asks.

The unexpected rolled ankle of the morning does not stop their rehearsal for their upcoming show, A Collection of Beauties, from carrying on. The injured dancer coaches one of the other girls on the choreography, sitting upfront while icing her ankle.

The original production is set to debut at Clubhouse SLC on South Temple, May 11 & 12 in a friendly 40-minute format suitable for both ballet aficionados and all convivial, art-appreciating people alike. The poster art, by April Norby, is an illustration of plum blossoms, which are said to symbolize perseverance, hope, and the transitory nature of life.

The seven female dancers in the cast all met Longoria from studying ballet at the University of Utah. They mesh together as a jovial team, laughing and helping each other through the choreography, and staying on the task of moving through each number. One dancer brought her toddler to the rehearsal, setting him up with plenty of distractions by making the corner of the studio a little playroom for him, and tending to him every so often.

“Sauté, chassé, unfold, then attitude,” the dancers verbalize the ballet steps, a language most people don’t speak, but it nonetheless conveys a heightened level of beauty that anyone can understand in their own way.

As the dancers run through the numbers in the show, Longoria tells me the premise of the story. “Usually I let people get whatever they want from (the dancing), but I will probably put something in the program about the story,” says Longoria. We follow the main character, Elodie (played by Tristana), a newcomer to SLC, who is from a small town. She finds community at the imaginary Plum Alley Bar & Tea House in downtown SLC. She keeps a journal at the bar, where she reflects on her time spent with her new friends. The characters congregate night after night, as they navigate a transitory time in their lives after college, working jobs they don’t necessarily love. By the end of the ballet, the bar closes down, and the place they once found community, and perhaps the bonds they formed there, go with it.

The story is loosely based on the novel by Whitney Otto, A Collection of Beauties at the Height of Their Popularity. The novel is set in San Francisco, at the Youki Singe Tea Room. Longoria adapted the story to the SLC frame of reference, to historic Plum Alley of downtown Salt Lake, where a fusion of American and Chinese culture collided. Regent Street Parking Garage now occupies the space that was once the iconic Plum Alley in downtown SLC of the 1950s.

“We don’t really know what it would be like if they hadn’t torn down those buildings,” says Longoria, “I wish I could have seen Plum Alley.” This spring, Longoria’s creation comments on the tangible and intangible losses when historic places are desecrated, and creates a Plum Alley from her own imagination, with the help of her dancers, outside choreographers, and musical soundtrack by local band Matteo.

Longoria was inspired to create the ballet upon hearing Matteo’s album, “The Sichuan Project” which was recorded while band members were studying abroad in China. Having been well-versed in playing American folk music, the musicians set out to learn how to play the foreign Chinese instruments including the guzheng, ruan, erhu, and the liuqin. The album is a fusion of both American folk music and Chinese music, bringing to mind artists like M. Ward and Andrew Bird. While they no longer play shows, Matteo’s band members, Eric Chipman, Brinn Bagley, Jordan Riley and Luke Williams happily agreed to the album being used as the soundtrack of the show.

Like the band members who translated their folk music training into the completely foreign Chinese instruments, and making it palatable and relatable to American audiences, Longoria is busy at work translating her native language, ballet, into a more palatable experience for all audiences, and charts new territory with a different form of modern entertainment. A drink in hand, the ability to get up during an act without being shunned, relatability to the music, the story, and the characters, are all elements that she has carefully incorporated into the premise of Municipal Ballet Co., an idea that was born from Longoria’s struggle to find her way after college, not unlike the characters in the upcoming show.

After getting her BFA in ballet from the University of Utah, Longoria quit ballet completely. She had her daughter and worked many side jobs. In order for her to go back to work after her daughter was born, she decided it had to be in something she loved (not necessarily full-time).

“The only thing I’d always loved was ballet.” But something was weighing on her experience of ballet. After reading New York Times articles, seeing this and that about “the next Balanchine,” she remembers seeing these “up-and-coming” choreographers’ work and thinking, “All of the dancers are perfect and the choreography is intricate and musical, but I don’t care about it at all. If I don’t get anything out of it, and I love ballet, why would normal people like it?” She felt that there needed to be a different approach, in order to present ballet that anyone could really enjoy. “People were calling ballet a dying art, at that time,” says Longoria.

So she went back to graduate school in 2010, earning her MFA in Ballet from the U of U. Her senior thesis project was to create Municipal Ballet Co., a re-imagination of a ballet company, and a re-imagination of the experience of ballet performance in general. Live music, “real people clothes,” relatable music, relatable venue (back then it was strange to see ballet performed anywhere but the Capitol Theatre), and relatable context were all baked into the concept. Their first show was at Craft Lake City in 2012, a lineup alongside belly dancers and musicians, and introduced to the audience by local drag queen Princess Kennedy.

Since then, they’ve produced one to three shows a year, collaborated with multiple local bands, performed free shows to the public, become a nonprofit, and now offer company drop-in ballet classes to the community of intermediate dancers and up. The dancers and choreographers are paid with the funds collected from ticket sales. The dancers support themselves with part-time “real people” jobs. Their jobs range from working in a bakery, a bar, a school for autistic children, admin work at a law firm, stage management and teaching ballet. They used to have dancers who worked 9-5 jobs in the company, but after they lost their space at the Art Factory in South Salt Lake, the only studio time they can book are the off hours at other studios like Millennium Dance Complex. Thus, they lost their 9-5ers.

Longoria hopes she can continue producing more free shows for the community in more common places and plans to have a performance of A Collection of Beauties held at the Regent Street Plaza in the coming months. 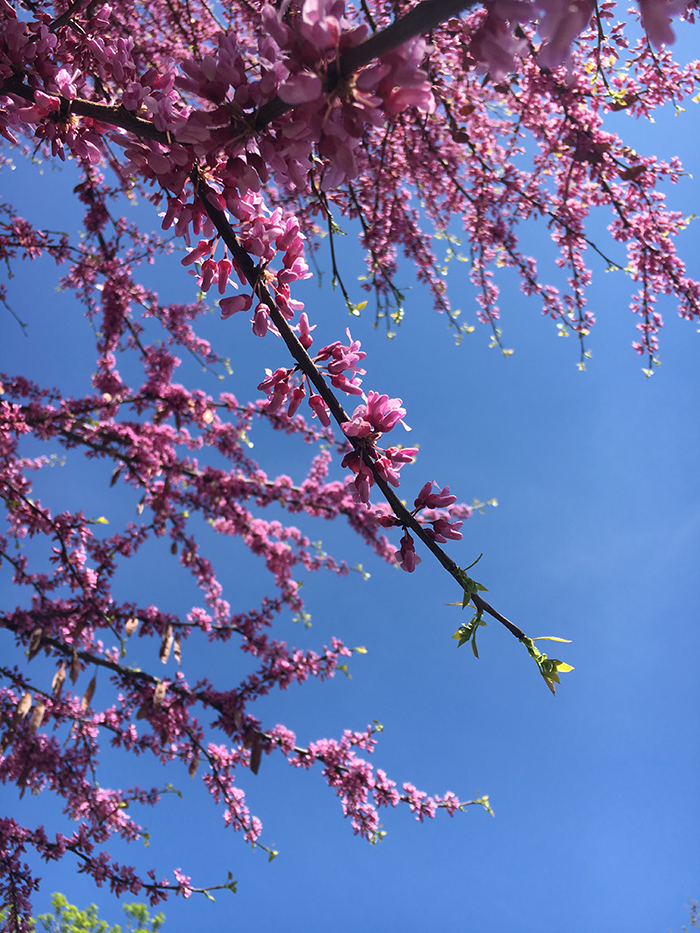 As the rehearsal wraps up, the dancer with the rolled ankle is able to walk again. “Look at me go!” she says resiliently as she hobbled across the floor with a laugh. One of the other dancers has changed out of her spandex, tights, and leotard, into professional clothes. The other dancers ooh and ahh at her outfit. “She’s dressed professional for her ‘real person job,’” they say.

Following the rehearsal, I find myself thinking about the bi-polar existence of all of us who are sticking it out, making it work somehow split between the things we’re passionate about and the things that pay the bills. As I’m nearing my car, I notice some pink blossoming tree in the little grassy median. The blossoms seemed to have made it through the snowy/sunny bi-polar spring months of March and April. I stop to admire the miraculous blossoms, and wonder what this day, and what this community would have looked like if Sarah, the other dancers, had all gotten full-time ‘real people jobs,’ and stopped doing the things that they love.

A Collection of Beauties by Municipal Ballet Co.

This article was originally published on May 7, 2019.