9/28/2012: “Thanks for placing your order with the Tumbleweed Tiny House Company! We’re happy to have you as a member of the tiny house movement.”

It has been four years since I bought the Lusby plans to build a tiny house. I am almost done building my tiny house. Four years isn’t really that long to build a house.

Regardless of the size. The size is 103 square feet. Which I just figured out for you using a measuring tape and a calculator. I have been telling people it is 120 square feet.

But apparently, I was wrong. This is the story of my life. Living in a tiny house. And widely mis-estimating everything.

I want to tell you how it took me four years to build a tiny house that I am currently living in. I am telling you this so that if you decide you are going to build a tiny house, and then it takes you longer than 1 year to build, you can reassure yourself that it took me much longer. Really, if you finish it in less than six months, I would say you are winning.

I will tell you where I got the materials for building my house and what impacted my choices. How I have learned a bunch of things about home construction.

How I wish I had the right tools for the job so that I wouldn’t have had to re-do so much work on the house.

How I purchased three doors for the house, of which the first two were too small and the third one was too big and had to be cut down to size. I would also like to mention how the first time I laid in the loft of a tiny house after buying the plans and the trailer,

I got claustrophobia and freaked out. This sent me into a negative thought spiral of how I had made a really bad decision and how I wasn’t going to be able to sleep in the house I was building. I will also tell you how after working on the house for two years, I thought I was never going to get to live in it. 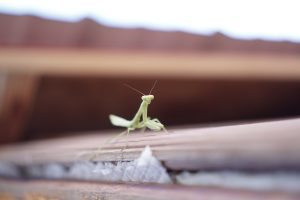 How I only started living in it this past April and for those of you keeping track, that is three years and seven months after I started building.

Then I was going to tell you about living in a tiny house. How awesome it is.

How not awesome it is. How I love shoes, dresses, coffee mugs, fabric, electronics, cameras, sewing, making and owning art, and cooking food in large batches. None of which you can have or do in a tiny house. I mean you can, it just has to be somewhere else.

I will tell you how I am terrified that I have gone nose blind to a composting toilet so I bring it up to every person who comes into the tiny house. How cruel is that, making everyone who comes into my house take a deep breath and then have to reassure me that it doesn’t smell like an outhouse inside?

I will tell you a little bit about who I talk to about my house, where it has been, how it moves, and where it can go.

Obviously, we have a lot to get through. Hopefully it doesn’t take four years.

This article was originally published on October 12, 2016.