At a meeting in Vernal, Utah’s Community Impact Fund Board approved $21.4 million in public money to build a Uinta Basin Railway intended to send fossil fuel from Utah to refineries and export ports on the Gulf Coast.

A Utah Clean Infrastructure Coalition has formed from environmental groups that oppose using taxpayer money to prop up the fossil fuel industry. A letter sent to the Board on June 12, 2019 says that Coalition member organizations are “deeply concerned about the misuse of CIB funds for the benefit of private parties at the expense of local communities that need these funds for schools, roads, social services, utilities, local planning, and other public services.”

Under state law, the Community Impact Fund is supposed to be used to mitigate negative impacts of boom-and-bust mineral development which causes social problems as well as environmental damage.

It’s a fundamental principle of economics: If you tax something, you get less of it. That’s the idea behind a citizen ballot initiative to clean up Utah’s air pollution problem with a modest carbon tax.

Revenues would go to clean up air pollution, fund rural economic development and help reduce sales taxes on grocery store food.  An added benefit of a fuel tax is that it creates an incentive for reduced driving so that there is less pressure to build new roads.

If the initiative gets on the 2020 ballot (and if people vote yes) the carbon tax would kick in in 2022.

The cost would be about 11 cents per gallon of gasoline and about one cent per kilowatt/hour of electricity. Clean the Darn Air needs to gather 116,00 signatures from Utah voters in 26 out of 29 state senate districts.

Look for volunteers gathering signatures at public events now through February, or check the website for details on how to volunteer to help gather signatures. 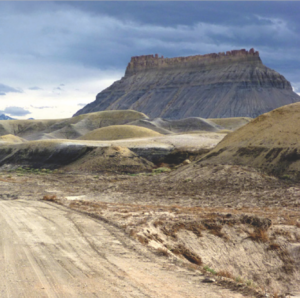 The Bureau of Land Management (BLM) Richfield Field Office has rescinded cross-country travel restrictions on 5,400 acres of public lands near Factory Butte, a scenic landmark on the road between Hanksville and  Capitol Reef National Park. The area was closed to unrestricted cross-country driving in 2006 due to soil erosion and threats to endangered plants. Even so, the area was not “locked up” from public use since off-roaders could use established trails and a 2,500-acre play area called “Swing Arm City.”

Now 5,400 acres of Utah’s public lands have been given to the exclusive use of a single interest group with no opportunity for other stakeholders to weigh in. Unrestricted cross-country driving tears up vegetation and chases out other animals and human beings because of noise, pollution and danger from fast-moving vehicles.

BLM claims adequate protections are in place for endangered plants in the area, but a milquetoast request that “motorized users stay within the OHV open play areas” seems like entirely inadequate enforcement to rein in adrenaline-charged thrill-riding.

The Federal Emergency Management Agency (FEMA) is preparing an assessment for wildfire mitigation projects in Utah. This sounds like a good thing. Climate change is predicted to result in more frequent and more intense fires in the Western United States and it’s smart to be prepared.

However, it’s hard to mitigate climate change if you don’t believe in it. In 2019 the Utah Legislature refused to pass a resolution for wildfire mitigation without removing wording that said “human carbon dioxide emissions are leading to increased global temperatures, including warmer and dryer summers in Utah that are a contributing factor to worsening wildfires.”

Rather than a mandate to address climate change, Utah politicians tend to see wildfire mitigation as a way to eliminate environmental review for logging, grazing, vegetation removal and building forest roads. At a congressional hearing on June 14, Senator Mike Lee (R-UT) claimed that it is “critically important” to control fuel for wildfires through grazing.

The Bureau of Land Management is threatening to clearcut nearly 680,000 acres of pinyon-juniper forest within the pre-Trump boundaries of Escalante Grand Staircase National Monument, supposedly for wildfire mitigation. Likewise, Utah Governor Gary Herbert requested a Utah exemption to the 2001 Roadless Rule that forbids building roads into inventoried wild areas of national forests, claiming that road-building helps firefighters, but in fact more forest roads bring in more human beings and more fire danger. Fortunately, the exemption has not yet been granted. Forest stewardship, not increased exploitation, is key to making Utah’s forests more resistant to wildfire.

Despite that the Utah Legislature does not  “believe” in climate science, the 2019-2020 budget for the State of Utah allocates $200,000 for the Kem C. Gardiner Institute at the University of Utah to develop an air quality and climate research study to be delivered no later than December 13.  Stay tuned. 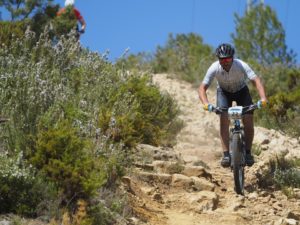 Utah Senator Mike Lee has re-introduced a bill to allow “local federal officials” to determine whether or not to allow mountain bikes in wilderness areas, a transparent effort to transfer federal public lands to local control.

The 1964 Wilderness Act specifically forbids “mechanical transport’ in order to preserve natural conditions. While bicycles are not motorized, they do increase the speed and range that human beings can travel.

Wilderness area stakeholders can already negotiate boundaries. What’s more, federal lands can be managed as primitive areas, recreation areas and conservation areas that do allow bicycles. There is no reason to undermine wilderness protections in order to support biking.

Texas-based Thurston Energy plans to drill for oil and build storage tanks in the Ouray National Wildlife Refuge where industrial development and leaks would harm wetland areas that support migratory birds and could pollute a nearby fish hatchery built to restore endangered fish in the Green and Colorado river drainages.

Unfortunately, the U.S. Fish and Wildlife Service owns only surface rights for the refuge. Subsurface mineral rights are owned by the State of Utah and administered by the School and Institutional Trust Land Administration (SITLA). SITLA is mandated by state law to prioritize revenue over environmental concerns, and is notorious for facilitating bad land use decisions. 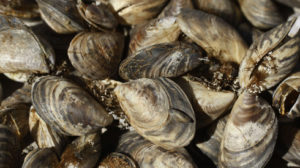 11th reason the Lake Powell pipeline is a bad idea

Add one more thing to the Utah Rivers Council’s list of “10 Reasons why the Lake Powell Pipeline Isn’t Needed”—the pipeline is likely to spread invasive quagga mussels into other waters. Quagga mussels filter plankton from fresh water, causing a collapse of the food web for other aquatic animals. Their shells plug up water pipes and damage boat motors. In 2014, the Utah Division of Water Resources estimated that a statewide infestation of quagga mussels would cost taxpayers over $21 million per year for maintenance and mitigation.

10 Reasons Why the Lake Powell Pipeline is a Bad Idea

‘Tis the season for toxic algae

In June the Utah Division of Water Quality issued the first warning advisory of the season for harmful algal blooms in Utah Lake. Utah Lake is “hypereutrophic, meaning it is overly rich in nutrients such as nitrogen and phosphorous from wastewater treatment plants, industrial discharge, agricultural runoff and stormwater runoff. The problem is exacerbated by population growth and urban expansion in Utah Valley. “ 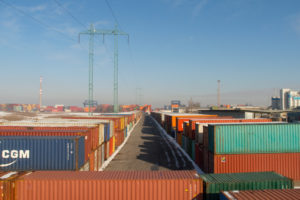 Citizen opposition is growing against building a massive, industrialized inland port in the Northwest Quadrant of Salt Lake City near the airport and new prison site.

Early on, there were hopes of developing a state-of-the-art net-zero-energy project. Now it has become obvious that inland port development would not only make air quality and traffic congestion on the Wasatch Front much worse, it would also serve to prop up increasingly damaging fossil fuel infrastructure.

In June, citizen protesters disrupted a meeting of the Inland Port Board holding a banner covered with bloody hand prints and the words “You’re Killing Us.” Ethan Petersen, a protester with the group Civil Riot, was arrested. An online video clip shows Jeff Hartley, an oil and gas industry lobbyist, trying to block Deseret News reporter Katie McKellar from covering the arrest while he shouts “Why do you give these guys press? All you do is encourage it.” (McKellar reports on local government for the Deseret News and received a 2018 award from the Utah Society of Professional Journalists for Best Newspaper Reporter.)

Salt Lake City Mayor Jackie Biskupski has filed a lawsuit against the port, but she is not running for a second term. Charlie Luke, chair of the Salt Lake City Council, has refused to support the mayor’s lawsuit. Instead, Luke has taken a position that it is impossible to stop development and so engaging with the process of port development is the only way to have an influence. But since it was formed, the Inland Port Board has demonstrated a lack of transparency and failed to address public concerns.

It seems increasingly doubtful that cooperation with a deeply flawed, bad faith process has any chance to significantly improve the outcome. The issue of stopping industrialized inland port development is emerging as a major issue for the 2020 election of a new Salt Lake City mayor.

Of road widening and traffic jams

As the population of Utah grows, the Wasatch Front should prepare for a permanent traffic jam, especially since managers at the Utah Department of Transportation (UDOT) seem to think they can build their way out of congestion.

Jason Davis, deputy director of UDOT, told the Salt Lake Tribune, “without construction and improvements, we eventually get bogged down and we become California.” Unfortunately, Davis has it exactly backwards.

The hideous car-dominated landscapes of California were created by freeway expansion that creates “induced demand” for more driving. Instead of solving the congestion problem, road-expansion encourages people to buy houses further from work. Eventually rush hour and air pollution problems become worse than ever.

Unfortunately, Utah is going backwards. In 2019, the Utah Legislature undid a 2005 agreement to mitigate negative impacts of the Legacy Parkway, apparently in order to facilitate heavy truck traffic to the inland port. UDOT also rejected a “Shared Solution” plan that offered an alternative to slicing through Davis County communities with a new West Davis Freeway.

Back in 1996 the citizen group Utahns for Better Transportation opposed the Legacy Parkway because “it is the answer to the wrong question.” Instead of planning to accommodate predictions for more traffic, they said, we need to figure out ways to reduce increases in traffic from the prediction.

Building transit first is one option to reduce driving. Other strategies are to build bicycle and pedestrian amenities for active transportation, and building housing near shopping. Other cities have addressed traffic woes by removing multi-lane freeways, and it seems inevitable that an overcrowded Wasatch Font will eventually have to consider freeway removal as well.

It’s true that not everyone can get where they need to go without a car, but even so, if people only drove when they needed to there wouldn’t be so many traffic jams in the first place.