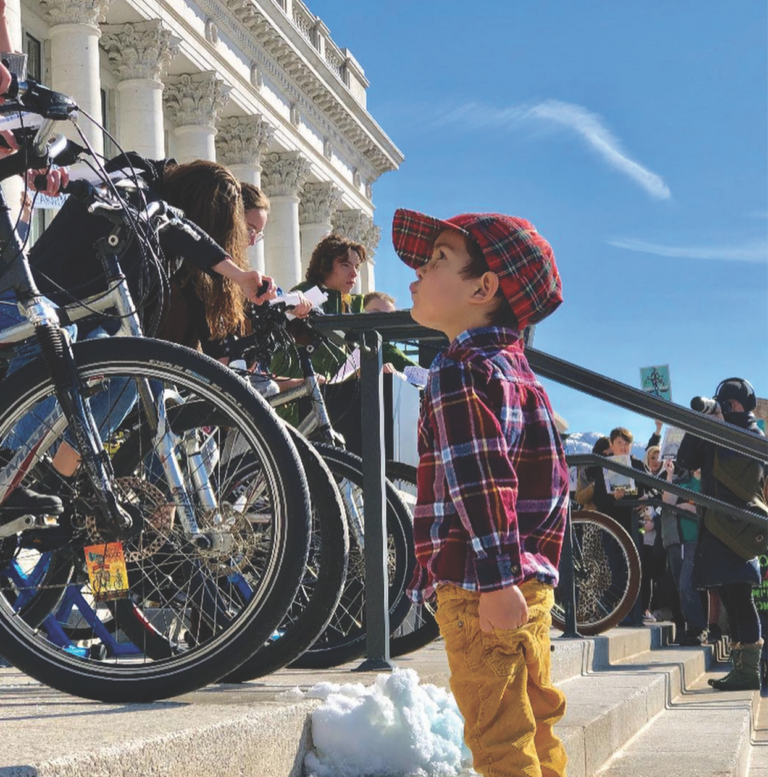 What’s cool about snow?  Cooler than lemons? One flake at a time builds a whole watershed.  Is it foolish to imagine that little changes can have a big impact?

It’s a good year for water in Utah. Snowpack is 124% of normal compared to a mere 58% last year. Spring runoff is expected to fill most small- to medium-sized reservoirs. Last year all of Utah’s 29 counties experienced some level of drought, prompting Governor Gary Herbert to declare a drought emergency.

Utah Governor Gary Herbert has petitioned the U.S. Department of Agriculture for a “Utah-specific Roadless Rule” to replace the 2001 Roadless Rule that prevents building new roads in wild areas of national forests.

The petition claims that new roads are necessary to reduce wildfire risk but it seems related to a conservative agenda pushing so-called “salvage logging” in order to avoid environmental reviews. The Sierra Club calls Utah’s request “a thinly veiled effort to increase development of these areas, under the guise of wildfire mitigation, with wholly unfounded scientific claims and virtually no public transparency.”

Save Our Canyons says in the past 15 years fewer than 10% of Utah wildfires were in roadless areas. 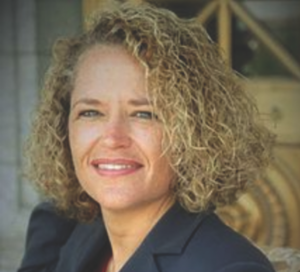 The Port Authority is not accountable to voters, yet it can override city decisions regardless of negative health or environmental impacts.

On March 15, hundreds of teenagers skipped school to rally at Utah’s state capitol as part of a global Youth Climate Strike. On the capitol steps, protestors took turns riding stationary bicycles to power a microphone for speakers.

The global skolstrejk för klimatet was organized by Swedish climate activist Greta Thunberg who began a weekly solo vigil at the Swedish parliament on August 20, 2018.

School-strike organizers estimate that 1.4 million young people around the world joined the protest.

On March 13 the House Natural Resources Committee held a hearing on Forgotten Voices: The Inadequate Review and Improper Alteration of Our National Monuments. Representatives from the Ute Indian Tribe, Zuni Pueblo and Hopi Tribe spoke in support of Bears Ears.

Dana Waggoner from Escalante Outfitters testified that local voices were excluded from the review of Grand-Staircase Escalante National Monument. She said that Interior Secretary Zinke “came and went without meeting with our Chamber of Commerce or any pro-monument businesses.”

At a public meeting in Garfield County Waggoner said, “There was not enough room to seat all the citizens and we were asked to sit on one side of the room if you supported the monument and the other side if you opposed the monument. Friends and neighbors divided.”

Waggoner says that due to the downsizing visitors are arriving in Escalante saying, “We decided to visit before the monument is destroyed.”

A coalition of eight conservation groups has issued a notice of intent for a lawsuit to block oil shale development in Utah’s Uinta Basin. The Trump Administration recently granted approval for Enefit American Oil (an Estonian company) to build a utility corridor across federal public lands in order to access oil shale property leased by the State of Utah.

The development would suck 10,867 acre-feet/year out of the Green River and destroy habitat for endangered Grahams beardtongue and White River beardtongue. Conservation groups say that climate change and environmental damage from strip mining should also be considered part of the environmental impact.

At a Western Caucus news conference in February, Rob Bishop (R-UT-1) claimed that a proposed Green New Deal would outlaw hamburgers. He repeated the absurd idea in an angry letter to Raúl Grijalva (D-AZ-3), the new chair of the House Committee on Natural Resources, when he wrote, “The important question facing the Committee is not whether we are all going to die in 12 years if we continue to eat hamburgers.”

Grijalva scolded Bishop in his reply: “It is not simply industry attempts to deny science you do not wish the public to hear about; you and other Republicans on the Committee have repeatedly stated that the House Natural Resources Committee should have no interest in the Earth’s changing climate at all.  That was clearly your belief as Chairman. It is not mine.”

Meanwhile Chris Stewart (R-UT-2) declared himself opposed to Trump’s declaration of a border-wall emergency saying, “My fear is, what is the next democrat going to do when he or she thinks that climate change is a national emergency?” Stewart and Bishop both voted against a resolution to terminate Trump’s fake emergency. 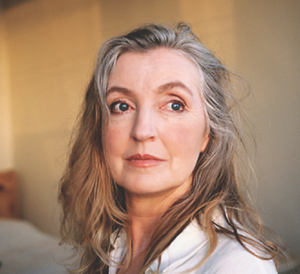 Solnit, who is the author of 20 books, has said that anti-nuclear activism at the Nevada Test Site taught her how to combine personal essays, journalism and art criticism into complex essays. After the 2016 presidential election, she became the voice of the resistance when she offered a free download of her book Hope in the Dark. Her most recent book, Drowned River: The Death and Rebirth of Glen Canyon on the Colorado explores the wreckage of Lake Powell in the age of climate change.

The inaugural Utah Award was given to Indian novelist Amitav Ghosh in 2018.