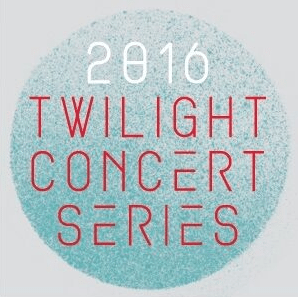 Chet Faker: Chet Faker,  Melbourne-raised, Brooklyn-based Nick Murphy, writes, performs and records all of his own music. His critically acclaimed debut album Built On Glass was in 2014. Chet Faker will be supported but Canadian electronic artist Kaytranada.

Big Grams (Big Boi + Phantogram): Big Boi came across Phantogram while surfing the web and was into their sound. He arranged to meet with them and from there the collaboration Big Grams was born. Anderson .Paak and The Free Nationals style infused hip hop and R&B will also perform this evening.

DIPLO: Thomas Wesley Pentz, better known as Diplo, is one of the most dynamic forces in music today. He is as much an international brand as he is a musician/DJ/producer.

Jenny Lewis: Jenny Lewis is an American singer-songwriter and musician. She returns with her new album,The Voyager, on July 29. The Los Angeles artist’s first solo LP since 2008’sAcid Tongue,The Voyageris Lewis’s most deeply personal, and her most musically robust. Garage punk trio, Shannon and the Clams will join Jenny on the bill.

Grimes: Grimes, Canadian artist Claire Boucher, is best known for her work as a producer, singer and songwriter. Her fourth album, Art Angels, was released at the end of 2015 to critical acclaim. Australian psyche-dance band, Jagwar Ma, will also perform.

Fitz and the Tantrums: Fitz & The Tantrums is a modern pop combo band based in Los Angeles. Their self-titled album featuring the song Handclap will be available on June 10. New Orleans’ native Trombone Shorty & Orleans Avenue will also bring his hard-edged funk to the evening.

New for the 2016 season! The VIP Lounge at Twilight will be available for the public ages 21 and over and offers the public an exclusive experience including a private cash bar, private restrooms, special pre-show performances, and other evening entertainment. VIP Lounge tickets include access to both the general admission concert venue and lounge.  VIP Lounge access is first come, first served and limited. Tickets are $25 in advance, $35 day of show.  VIP Lounge season access passes are $150 through May 31 then $160 until July 14.

Tickets are available at www.24tix.com and all Graywhale Entertainment locations throughout the valley.

This article was originally published on April 13, 2016.