As we welcome the New Year, it’s good to know that in the dystopian future people will still be playing fiddles and contra dancing. If you saw the movie Hunger Games: Mockingjay Part II, you may have noticed the extras at Finnick and Annie’s wedding doing petronella turns and left-hand-star, do-si-do and swing your neighbor. They are performing contra dances written by Seth Tepfer, a dance caller from Atlanta, Georgia.

In fact, contra dancing is described in Mockingjay the book as well, where guests at the wedding form two long lines to dance. Tepfer suggests that young people might be encouraged to take up contra dancing by telling them they can “dance just like they did in The Hunger Games!” 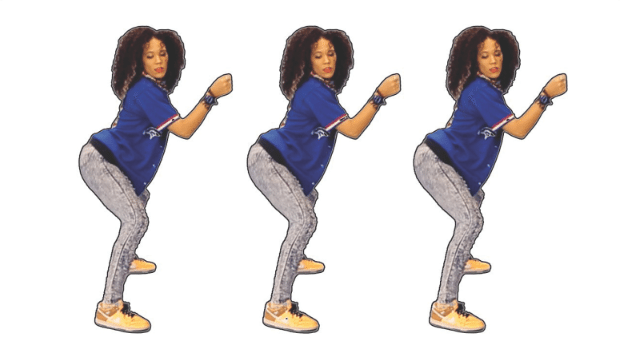 In a timely response to growing racial tension in America, Dartmouth College religion professor Elizabeth Perez posed the question, “Is twerk sacred?” Her finding: Yes, probably it is. Perez published an article on “The Ontology of Twerk” that traces the origin of twerking to dance traditions of enslaved Africans. She points out that what Miley Cyrus was doing at the MTV Music Video Awards back in 2013 wasn’t actually twerking but something derided by “Queen of Bounce” Big Freedia as “exercising.”

“The expectation that any bump and grind could be called twerking,” Perez writes, is “an oversimplification akin to calling the ballerina’s fuetté rond de jamb en tournant en dehors ‘a spin’.” Perez makes a convincing case that the parody and ridicule directed at twerking represents cultural prejudice against Black movement styles and concludes, “To twerk at all is to dance on the edge of a grave, one vast as the Atlantic Ocean itself.”

2015 also saw a resurgence of interpretive dance put to practical use. Chemists in California found that DanceChemistry videos are an effective aid for teaching and learning chemical concepts. Students who viewed videos of modern dancers performing choreography based on topics like thin-layer chromatography, melting point and miscibility not only scored better on quizzes, but derived more enjoyment from their study of chemistry. As one satisfied chemistry student put it, “The video was silly, but that is why I’ll remember the information.”

The Dance Chemistry project was inspired by the annual “Dance Your PhD” competition held by American Association for the Advancement of Science and the journal Science. The competition rules require that the dissertation must be in a science-related field and the Ph.D. candidate is part of the dance. The 2015 overall winner was Florence Metz at the University of Bern in Switzerland for her dance video, “Do policy networks matter to explain policy design?”; the 2015 Audience Favorite went to chemist Jyaysi Desai for “Molec­u­lar mechanisms involved in neutrophil extracellular trap (NET) formation.”

You might notice that the 2015 “Dance your Ph.D” winners as well as the DanceChemistry chemists are all women (not to mention closet contra-dancer Katniss Everdeen, who represents a new female heroic archetype). Women seem to have an edge on the kind of spatial thinking embodied by dance. Probably this is a cultural artifact because in contemporary American society boys are encouraged to do math and women to dance. However, as Perez’s twerking research shows, when you dig a little deeper into dancing what seems silly and trivial on the surface can tap into some much deeper issues. Clearly, scientific advancement, cross-cultural understanding, and our chances of surviving climate-change-induced dystopia require more dancers of whatever gender.