Individuals and organizations working toward one great community—Professor Ty Harrision, Salt Lake County Mayor Peter Corroon, Donna Lund Maldonado representing KRCL and Lorena Riffo Jenson with the Utah Hispanic Chamber of Commerce.
by Beverly Miller
What possible common ground could unite a biology professor, a radio station, a mayor and a chamber of commerce? Could it be the environment, governmental issues, immigration, minority issues, politics, economic growth? The answer is yes, to all of these.  They will also share recognition and gratitude for making Utah a better place to live.

None of the 2007 Community Builders claims to do anything special.  But, clearly for each, their work is also a passion. 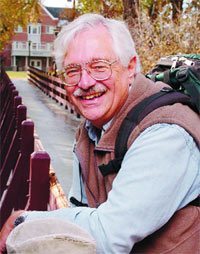 Professor Ty Harrison’s family roots are traditional and deep in Utah, and there was a time he would have been uncomfortable being called an “environmental radical.” He certainly wasn’t a radical when, as a young PhD, he moved to the Midwest to teach college biology. Then he was just a teacher. But that was in the 70s, the beginning of the environmental movement, and the proposed  Niobrara River Valley Dam project in Nebraska was a serious threat to valuable wetlands. He was challenged by his students to get involved. With no previous experience to draw on and just enough savvy to bring key supporters together, Harrison and his organization weighed in. The dam was never built.

Then came Nine-Mile Prairie and another victory. Nine-Mile was a section of undisturbed prairie grassland, a very rare and significant ecosystem, which was to be plowed under.

“It would have been a loss to all generations,” said Harrison. “Once natural areas are gone, they are gone forever.”

Harrison eventually returned to Utah to teach at Westminster College and was shocked to find rampant urban development changing the landscape along the Wasatch Front; even at the front door of the Harrison family’s 1880 pioneer homestead.  Nearby Dimple Dell Regional Park was slated to be a golf course.  “I am a teacher who needs nature to teach,” he said.

He thought back to the lessons learned in the struggles in Nebraska and decided to get involved.

“You can make a difference,” he said, “but you cannot do it alone.”

“We had to resort to ‘bare knuckle politics,'” he said. They targeted sympathetic politicians and  helped them get elected, raised money, got the media involved, and button-holed anyone who would listen.

Out of that major success, others followed – the creation of the Salt Lake Regional Trail Council, better organized and more serious cleanup efforts along the Jordan River, progress on the Jordan River Parkway Trail and on the Bonneville Shoreline Trail.

Another capstone project was the creation of the Utah Society for Environmental Education (USEE), a nonprofit, education-based program that guarantees Utah school children  will learn about the importance of their natural environment and how to protect it.

On the Hidden Hollow project in Sugar House, he mentored elementary students who saved a section of Parley’s Creek which today is public land. During his retirement, Harrison plans to restore his family’s homestead located on Dry Creek near Dimple Dell Regional Park and make it a place for him to share his growing knowledge of progressive environmental practices.

KRCL Community Radio also grew out of a need born in the 1970s; the Vietnam War was raging and Utah-based Stephen Holbrook, the soon-to-be-“father” of the soon-to-be KRCL Radio, could find nowhere to publicly speak out and demonstrate against the war. 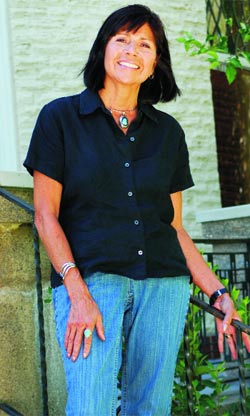 “From the very beginning,” said Donna Land Maldonado, KRCL’s executive director for the past 25 years, “the radio station has brought together like-minded people and let them freely express their feeling and thoughts.”

From protesting an unpopular war, KRCL grew to accommodate more issues and more “voiceless” people: women, the poor and minorities.

Today the issues and concerns again include a war, minority concerns and refugees from around the globe. While the primary format hasn’t changed,  Maldonado says “we aren’t the radio station of the 1970s or the ’80s. Today has new topics, new music and new concerns. It’s just become a bigger, crazier quilt.” And she believes KRCL is better now at appealing to people and to integrating more diversity into the regular programming.

“We have become a place that educates people to different types of awareness,” she said. “We encourage opinions different from the mainstream to get out there in this very homogenous community. The people who turn the dial to 90.9 FM are people who embrace change.

KRCL operates 24 hours a day with 56 different music programs and 27 public affairs programs. The doors are kept open by six full-time and two part-time employees. More than 100 skilled “and very reliable” volunteers fill out  the operational staff.  The entire operation is supported by a generous contributing community of listeners.

Unlike other local community radio stations, KRCL is not affiliated with National Public Radio or a university, so it seeks funds independently.

In her nomination of Salt Lake County Mayor Peter Corroon for this award, Rebecca Blumenthal wrote: “He uses his office to promote and support diversity, environmental measures, health concerns and a myriad of other community issues.”

Blumenthal is a member of the UWABC Board, and has volunteered for the mayor.  She readily admits that she approves of this moderately activist mayor.

“Mayor Corroon,” she said, has been labeled an unlikely reformer, and a “clean-up county mayor.” But to residents such as Blumenthal, that is perfectly okay. 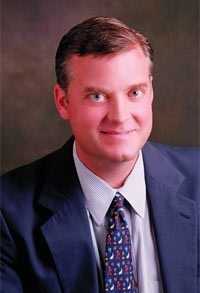 “Even more important,” she said, “he’s considered approachable, ethical, and impervious to the ugly side of politics.”

Mayor Corroon believes he has a pretty good idea why he manages to give that impression and to stay in a neutral zone.

“I listen to people, as many people as possible,” he said. He estimates he spends at least two or more hours a day just returning phone calls and e-mails. He faithfully contributes his time to numerous  boards and is notorious for attending fundraisers and friend-building events.

His list of those he should acknowledge and give credit for his successes would not be complete if this soft-spoken, sincerely polite person neglected his staff, to whom he gives much praise and credit, calling them his ears and eyes.

Mayor Corroon  credits past experiences for teaching him how to be a better listener.

“As former small-claims judge,” he said, “I learned valuable lessons. There are always two sides to every story and issue. You have to get as much information as possible and then attempt to base a decision on facts.”

The Mayor credits yet one more source of inspiration and advice: the “Serenity Prayer”:

A copy sits prominently on his desk.

Josie Valdez, director of Diversity for Salt Lake City, wrote, “In today’s atmosphere of anti-immigration, anti-foreigner and just plain ‘anti-different’ environment, the Utah Hispanic Chamber of Commerce provides a bridge of understanding between the Latino community and its neighbors,” in her nomination of the organization for the award.

From its beginning 16 years ago, the Hispanic Chamber of Commerce faced obstacles such as how to unite Latinos from South and Central America, Mexico, even Hispanics from Spain and Portugal. While they shared a language, they had different cultures.

Early on, the business and professional leaders worried their efforts would be a “fly-by-night” effort. According to Valdez, the initial response was weak: only 20 businesses signed on as members. They would have to begin by building bridges among themselves. 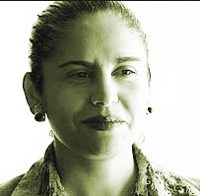 “The Chamber needs a strong base of support,”says Lorena Riffo Jenson, president of DPRcommunications, and the current chair of the Chamber’s board of directors.  “Today’s Utah Hispanic population is estimated around 250,000,” she said. “That’s 11% of Utah’s total population and growing.”

In addition to building a strong presence in the community as a whole, the Chamber takes seriously its responsibility to the Latino community, Jenson said, which includes Hispanic public and social activities and affairs.

One project close to Jenson’s heart has been the scholarship program that helps both higher education students and students seeking skill development for a range of other professions.

Jenson also is concerned about new emigrants. She was 13 years old when her family moved from Chile to Utah. She remembers the hard parts: learning a new language, attending a new school, making friends.  She said this explains her compassion for the emigrant parent who works two jobs, tries to give time to his children and yet needs time and help to learn English.

Eager to share valuable lessons from their own experiences, Utah Hispanic Chamber of Commerce leaders have reached out to, mentored and partnered with Utah Asian Chamber, Utah Black Chamber, Pacific Islander Chamber and the Idaho Hispanic Chamber of Commerce.  The Chamber has played a critical role in creating a more positive image, not only for Utah’s Hispanic population, but for other cultures as well.

The UWABC recognition celebration begins at 5:30 p.m., Tuesday, October 16th, at the Emma Eccles Jones Conservatory and Jewett Center for Performing Arts, Westminster College, 1700 S. 1250 E. (Parking is available off of 1700 S.)  A free public reception begins at 5:30 p.m. followed by a facilitated, awardees’ panel discussion, during which each honoree will share stories of   his or her work and answer questions. Reservations for the banquet that follows the panel discussion are available at www.uwabc.org. Information: Julie Kilgore, 244-3323. Visit www.uwabc.org for complete details.

This article was originally published on September 29, 2007.