If grey days and hideous plumes of smog are getting you down, CATALYST’s art picks for February may brighten you right up… can’t promise anything about the weezing though, so don’t forget your gas mask. 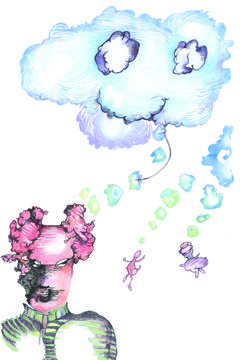 Siren BlissOf the Siren and the Sky

Of the Siren and the Sky closes February 23… Stop in before it’s over to explore the first museum exhibition covering the career of Siren Bliss, a Salt Lake City native who, by his own account, has made more than 80,000 artworks. Curated by Triple Candie, the presentation includes recreations of the artist’s drawings and sculptures, posters with statements by the artist, as well as photographs and objects related to his life’s work. An enigma to anyone but his closest associates, Siren Bliss has eschewed all involvement with the mainstream contemporary art world, yet the Security and Exchange Commission (S.E.C.) estimated the value of this work in excess of $250 million, and by 1997, his work was in more corporate collections than any other artist. In fact, his career choices could be viewed as a satirization of the art system and its star-making machinery. Following a brief collaboration with the artist Paul McCarthy in the late 1960s and a decade in Los Angeles, Bliss became a nomadic mystic who has operated under multiple identities, traded his art on the barter system, and operated his own itinerant museum.

American Indians in the West

UMFA’s exhibition Bierstadt to Warhol: American Indians in the West comprises over 100 oil paintings, sculpture and works on paper drawn from primarily from the Diane and Sam Stewart Collection. It examines depictions of American Indian identity (by both natives and non-natives) in a diverse array of styles: from the traditional European schools to Modernist abstaction and conceptual renderings of cultural motifs. Subject matter focuses on the Pueblo people of Taos and Santa Fe, New Mexico but other important and impactful portraits of American Indians are also included. Artworks range in tone from the romantic and ideal to the utterly real, sometimes taking on sensitive subject matter that is often inherent to contemporary American Indian identity. This exhibition negotiates the devices and implications of portraiture as an historical genre, to show that a portrait can either fashion a mythologized persona or an authentic personal dynamic that speaks to lived experience . 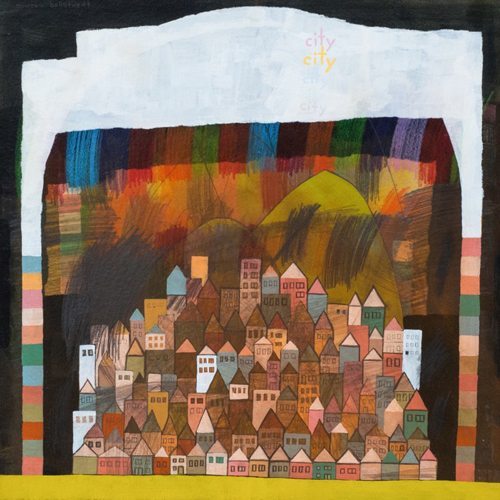 A new exhibition presented by Utah Arts & Museums explores the idea that portraiture today has almost limitless abilities to explore a subject, going far beyond memorializing a fixed moment: Contemporary artists exploring portraiture often use media and approaches that avoid the likeness of a subject, aiming instead to capture a narrative, a story, an environment or the identity of someone through nontraditional representation. This approach to portraiture paralleled philosophical ideas regarding the multifaceted nature of identity. The works in “Portrait as Narrative and Narrative as Portrait” features the work of three Utah artists—Andrew Ballstaedt, Jethro Gillespie and Rebecca Pletsch—and explore a variety of identities, landscapes and timeframes to compile a complex view of their subjects.

Another Language Performing Arts Company presents its newest telematic cinema project XYZ, a 3D digital poem exploring the social and personal elements of width, height and depth through poetry, music, movement and 3D stereographic media. This new work will investigate concepts such as humanity’s width of knowledge and experience, heights of aspiration and its depth of spirit. Be a part of the studio audience and view the full effect of the live performances, see the full cinematic display and the behind-the-scenes filming.

This article was originally published on February 1, 2013.