Menu
Feature, Regulars and Shorts, Shall We Dance

One of the rites of parenthood is sitting through your children’s dance recitals, although The Music Man musical essentially gets it right that proud parents are willing to overlook most deficiencies of quality. None­the­less, when I braved the snow earlier this winter to see my daughter in the Haw­thorne Elemen­tary School dance program, it was with low expectations.

Then the kids came out and started their performance and, wow! Clearly someone had been teaching those kids musicality, rhythm, interpretation and expressive movement. They were not just going through the motions; they were really dancing. How on earth did that happen?

After the show I mentioned to the principal how much I enjoyed the performance. She told me that the school had been able to hire a dance teacher through a grant from the Beverley Taylor Sorenson Arts Learning Program. Again, my reaction was, wow! 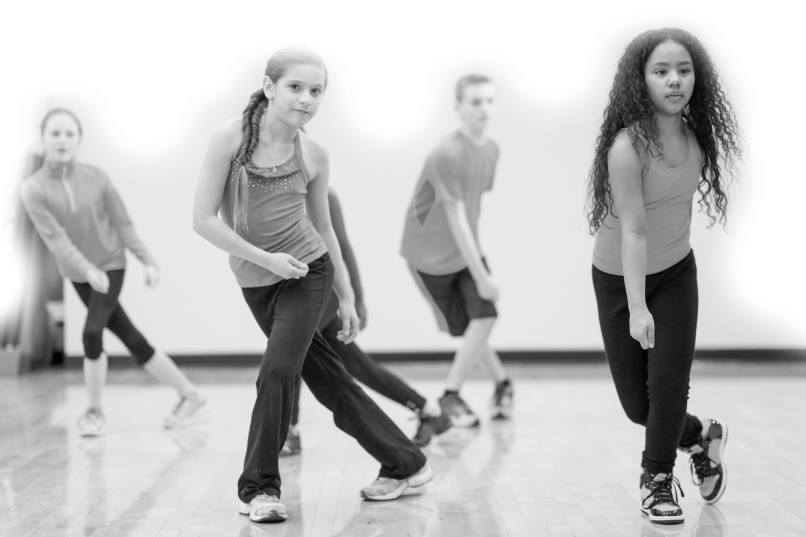 Utah currently has the lowest per-pupil spending on public education in the entire United States. Other parents have told me in all seriousness that they would never betray their kids by sending them to Utah public schools. And yet right here in one of those very same underfunded Utah public schools, the kids were getting the kind of arts education that can be life-changing. I could imagine one of those kids growing up and someday saying, “I started dancing because when I was in the fifth grade we had this really great teacher… ”

The great dance teacher turned out to be Corinne Penka whom I felt certain I had seen before dancing on stage. Sure enough, besides being a dance teacher, she is currently a member of Natosha Washington’s Penguin Lady Dance Col­lective.

“Natosha and I studied at the Uni­ver­sity of Utah Modern Dance program together,” Penka says, and although she has danced in pick-up companies such as SB Dance she says, “My people are the Penguin Lady.” (“Actually,” she points out, “Natosha Washington is the Penguin Lady.”)

Penka’s dance family also includes the Tanner Dance studio where she is an Arts in Education dance specialist, and this coming summer the two groups will collaborate to offer a two-week dance intensive for high school students.

Penka, who is also now the Beverley Taylor Sorenson dance specialist, says she discovered her love of teaching when she was required to take a teaching methods class in college.

“It really opened my eyes to a world that I have become passionate about,” she says. “I love being in schools, collaborating with teachers. I love getting such a big range of students. It’s my joy.”

The arts are equally important for kids who are struggling in school and for those in accelerated programs, she says. “You take a Title I class [Title I is the federal program to help disadvantaged students], and English is their second language, and the kids for whom English is challenging feel successful in a classroom that doesn’t require them to talk since movement is a universal language. For kids in ELP [Extended Learning Pro­grams], they tend to be pushed to do well, stressed out and anxious, so it’s about being creative and relaxing and not being afraid to fail. It’s okay to try movement because it’s not about being right.”

Penka says part her job is to “demystify” dance because kids often have preconceived ideas about what dance is, and often think it’s just ballet. Boys especially start out as skeptics, “‘Like, you want me to dance? That’s a girl thing.’ But really it’s a human thing, and the boys end up being the most energetic movers.”

Penka believes arts education is really about integrating artistic practice with other subjects like science, math or language arts in order to make them more interesting and to foster self-directed, creative thinking. “Science is just a springboard for ideas,” she says. “I want kids dancing and feeling confident, and comfortable in their bodies, collaborating and solving problems creatively.”

So we have Beverley Taylor Sorenson (1924-2013) to thank for helping to keep the arts vibrant in Utah’s chronically under­funded public schools. Sorenson not only had a passion for arts in the schools, she had the money and connections to do something about it. When her husband James LaVoy Sorenson died in 2008, the Salt Lake Tribune headline read, “Utah’s Richest Man Dies.” It’s easy to dream about what I would do if I were rich, but Sorenson did something particularly inspirational: She persuaded the Utah Legislature to fund the Beverley Taylor Sorenson Arts Learning Program to hire teachers like Corinne Penka and bring an integrated model of arts education to elementary schools throughout the state. The program also covers teacher training programs, materials and equipment and ongoing research.

Ever since the Utah Legislature first funded the program in 2002, there has been a constant tug-of-war for money. Some years the program is fully funded; other years, it receives a bare minimum. One year, Sorenson covered the budget shortfall out of her own pocket to keep the program alive). In lean years parents and students have had to pressure lawmakers to keep funding for arts education.

Governor Herbert’s budget recommends $3.5 million to fund the Beverley Taylor Sorenson Arts Learning program,. After watching those kids dance, I, for one, consider that to be money well spent and an essential part of Utah’s education budget.

Amy Brunvand is a dance enthusiast and a librarian at the University of Utah Marriott Library.

This article was originally published on March 1, 2016.