This fall, Interior Secretary Sally Jewell announced a landmark decision not to put sage grouse on the Endan­gered Species List because collaborative conser­vation efforts by federal and state agencies and private landowners seem to be working. The success of these efforts should be something to celebrate.

Utah politicians have been trying for years to keep sage grouse off of the Endangered Species List with strategies ranging from paying big money to anti-sage grouse lobbyists to grudgingly implementing land management policies that might actually protect sage-grouse habitat.

It seems anti-conservation politicians are furiously angry because even though sage grouse have not been listed as endangered, the State of Utah is still required to take action to make sure they don’t go extinct; as Rob Bishop griped, “The announcement not to list the sage grouse is a cynical ploy. With the stroke of a pen, the Obama Administration’s oppressive land management plan is the same as a listing.” 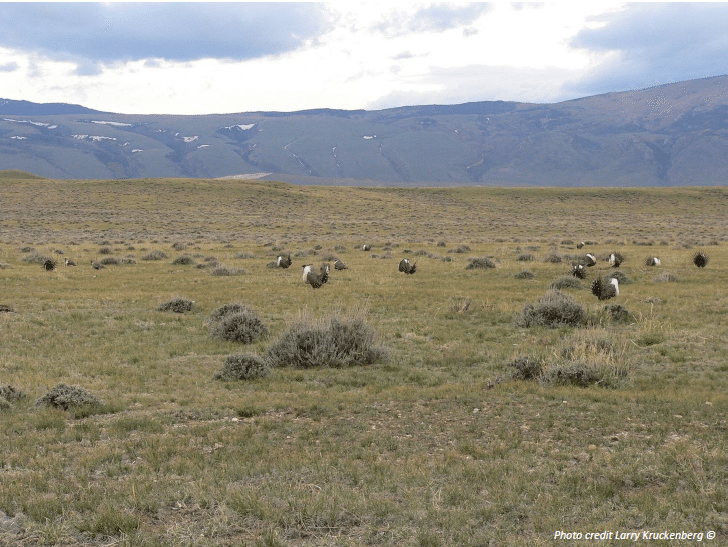 Climate justice activist Tim DeChris­topher, who famously went to prison for protesting oil and gas leasing in Utah in December 2008, has become the public face of a coalition of activists who are calling on President Obama to end all new fossil fuel leasing on public lands…

Ski Utah, the marketing arm of the Utah Ski & Snowboard Association, is getting worried about the effects of climate change…

Utah Congressman Rob Bishop (R-UT-1) used his position as chair of the House Committee on Natural Resources to kill off the Land and Water Conser­vation Fund (LWCF), a popular conservation program that uses money from offshore oil and gas leases to purchase new public land for conservation and recreation…

The federal government has recommended denial of a permit for a 109-ft.-tall hydroelectric dam on the Bear River in Idaho…

Construction is underway to turn 600 East through Liberty Park into a “Neighborhood Byway,” also known as a bicycle boulevards…

This article was originally published on November 5, 2015.